Verstappen clinched his first F1 world title in a dramatic end to the Abu Dhabi Grand Prix, passing championship rival Lewis Hamilton on the final lap to win the race.

The safety car had been deployed following a crash for Nicholas Latifi, but race director Michael Masi called for the race to resume with one lap remaining.

This came after he initially said that lapped cars would not be permitted to overtake, only to then allow Lando Norris, Fernando Alonso, Esteban Ocon, Charles Leclerc and Sebastian Vettel to pass.

But a number of other lapped cars were not given the same call, prompting Mercedes to lodge a protest for a possible breach of Article 48.12 of the sporting regulations.

Mercedes lodged a second protest under Article 48.8 of the regulations that says drivers cannot overtake the car ahead under the safety car. Verstappen appeared to go side-by-side with Hamilton into Turn 12 ahead of the restart.

Asked by Motorsport.com what he thought of Mercedes' protest, Verstappen exhaled and replied: "Not much really to say about that.

"I think it also sums up a little bit this season." 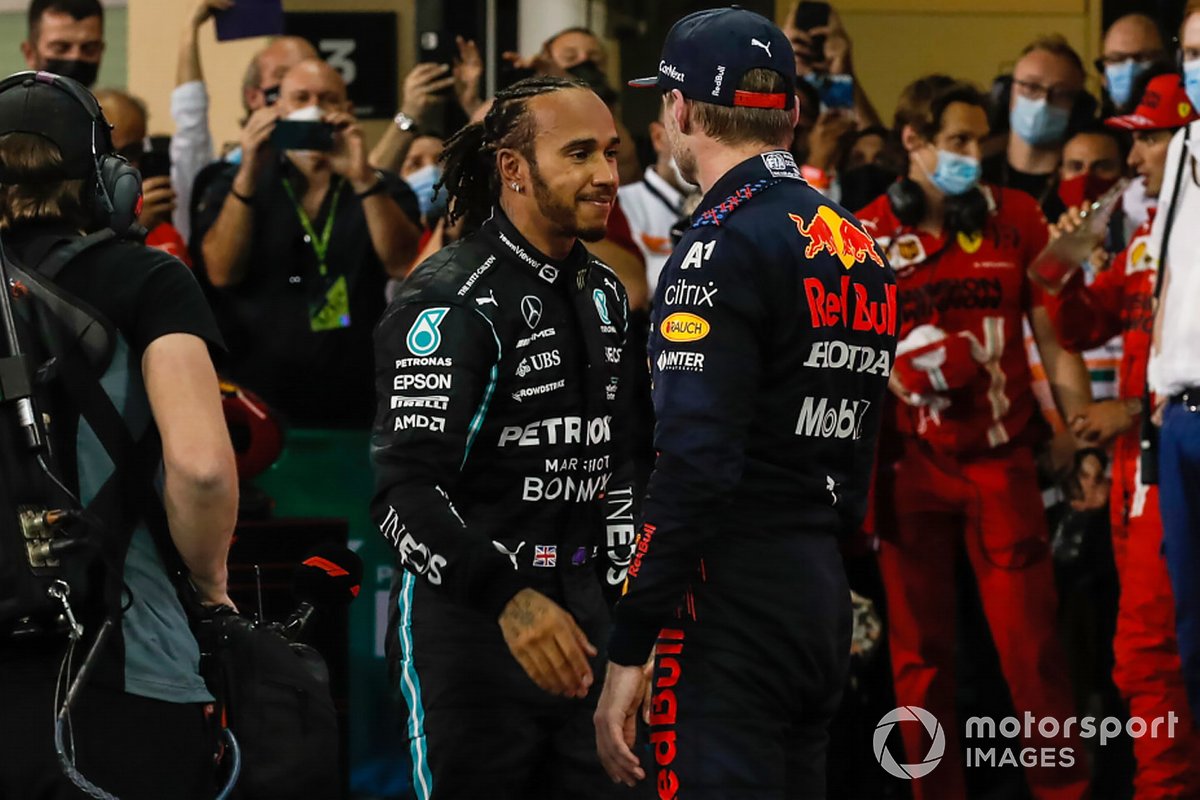 In a short comment issued by Red Bull, team principal Christian Horner said: "We are disappointed there has been a protest, but we trust in the FIA."

The drivers and representatives from both teams are meeting with the FIA stewards this evening after Mercedes lodged a protest within the 30-minute window, as required under the regulations.

Explaining his approach for the restart and the final-lap move on Hamilton, Verstappen said he was trying to "react to what he is doing" and wanted to "of course try not to be too far away".

"I could see he was struggling quite a bit for the hard tyres to warm up and I had the grip, so I could stay relatively close," Verstappen said.

"And of course on the soft tyres, that first lap you could clearly see I had more grip. But then you still have after Turn 5 two very long straights where you have a chance to come back.

"It was all pretty close between us."