Verstappen: Mercedes drivers shouldn't speak for others in porpoising debate

Max Verstappen believes the Mercedes drivers should “just speak for themselves” in the ongoing debate surrounding porpoising in Formula 1 and the impact on driver safety.

F1 teams have been battling porpoising on their cars through the early part of the 2022 season after the return of ground effect under the new regulations led to the phenomenon becoming an issue.

While some teams have been able to eradicate the problem or keep it under control, Mercedes has been one of the worst-hit teams.

The FIA took first steps to intervene on the matter earlier this week when it issued a technical directive on safety grounds that sought to set a metric for how much the cars could porpoise.

“Obviously in front of you, it’s one thing, and another in the background, sometimes people say different things,” Hamilton said, before stressing the importance of looking after driver safety.

Speaking on Saturday after qualifying in Canada, Verstappen said he was unsure if Hamilton was referring to him, but felt he was “always very honest and straightforward.”

Asked if he was surprised by what Hamilton said, Verstappen replied: “It's not only him, but his teammate as well. They speak for other people.

"They should just focus on themselves and say what they think. So just speak for themselves instead of involving other people into it.” 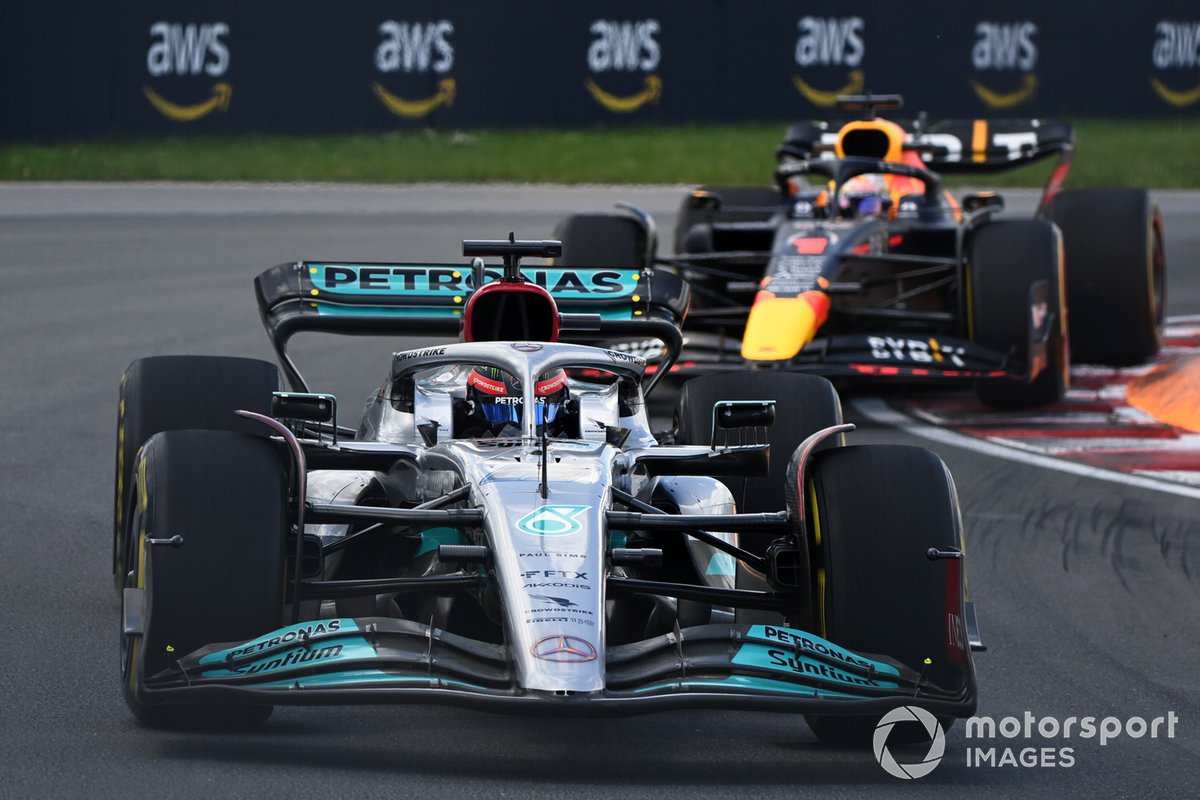 Hamilton and teammate George Russell have been two of the most vocal figures about the safety issues resulting from the cars’ extreme porpoising in F1.

Russell said on Friday that drivers who were no longer struggling with porpoising were against any rule changes “because it can only hinder them” and that it was “a bit of a shame to see performance prioritised over safety”.

Hamilton revealed on Friday that he has been struggling with more headaches this year because of how his car bounces, while a number of drivers have explained they are undergoing far more physio to recover from races than in previous years.

The FIA’s push to investigate how much the cars are porpoising has been largely welcomed by the F1 grid, although Russell felt it was “more of a sticking plaster” than a real solution.

But drivers who haven’t been struggling so much, such as Verstappen and Ferrari’s Charles Leclerc, have been more sceptical about the need for any intervention, particularly as their teams have worked to solve their issues.

“We've been working to get on top of those issues,” Leclerc said on Friday. “I think the improvement has been massive, and now all of the work that we've done, [do we] just put it in the bin because obviously there's maybe one team that is struggling more than others.

“This is my point of view. I obviously understand that on Mercedes it's very bad, but I also think that there are maybe fixes for this.”

The Canadian GP as it happened