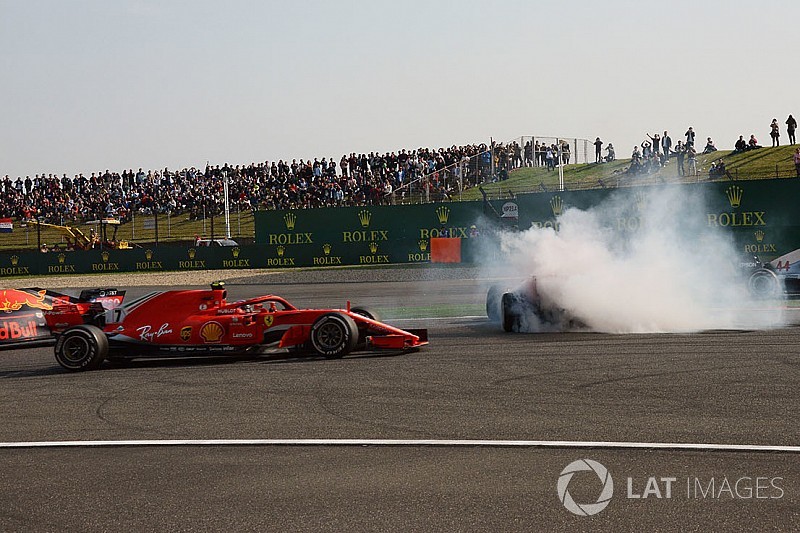 A “disappointed” Jos Verstappen says son Max needs to think more in the heat of battle after his controversial clash with Sebastian Vettel in the Chinese Grand Prix.

Speaking on the Dutch TV channel Ziggo’s Peptalk show, Verstappen Snr admitted that Max’s move that led to Vettel’s spin, and a 10s time penalty, was the kind of mistake he needs to avoid in future. He also revealed that he will meet with his son this week to discuss what happened.

“The overtake on Vettel really wasn’t on,” said Jos. “That wasn’t possible. It was an error of judgement.

“In some circumstances Max just has to think more. I don’t want him to change his driving style. He passed two people at the start. He did that perfectly. That’s what we all want to see.

“I’m seeing him tomorrow. Last weekend was very painful, but we’ll have to talk about it and analyse what happened in a normal way. This can’t happen. He already knows it, I don’t have to say much.”

When asked if he was mad with his son, he replied: “Mad is not the right word, but I’m disappointed. But it’s more painful for himself.”

“Butchered by the press”

Verstappen Snr was also asked about Max’s clash with Lewis Hamilton in Bahrain, which led to his retirement. On this subject, he not only defended his son – but blamed media attention for magnifying their clash.

“I don’t think there was anything wrong with that, I still think it was a good move,” he added. “Afterwards you could say Max should have given Hamilton more room, but Hamilton could have done the same to Max. That’s why it’s a racing incident and they’re both taking the blame.

“He did it really well. He has to take more risks with his Red Bull because the top speed is lower than the Mercedes.”

When pressed on his son’s treatment by the press, Jos said: “Max is being put under the magnifying glass, also because of his age. If you look at the last race in China, then [Fernando] Alonso pushed Vettel wide, and not just a little bit. And that’s not being talked about.

“Max did that to a lesser degree and that’s all people talk about. At least he let Hamilton live. Max is being butchered by the press and I don’t think that’s correct.”