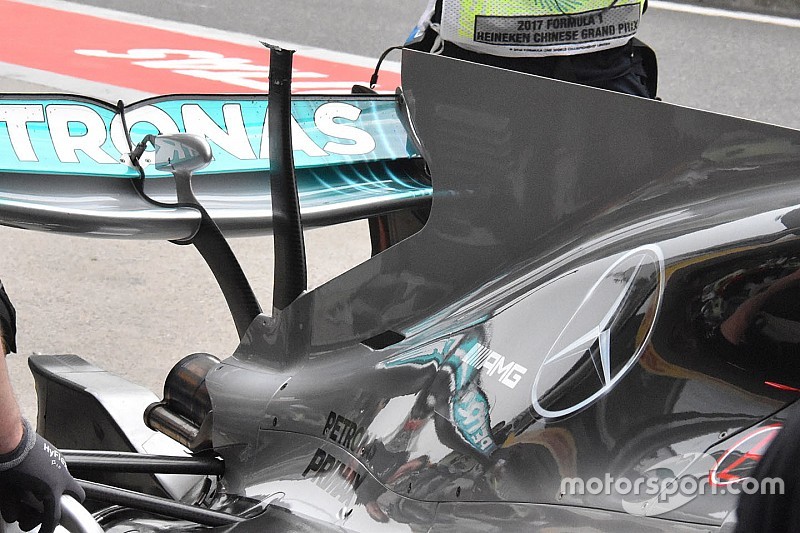 Verstappen was limited to 18 laps of running in the Friday evening session at Sakhir due to the extensive damage to his car's floor after he went over the stray component.

"I didn't expect it would cause that much damage," said Verstappen. "It smashed basically the floor."

Horner has been a vocal critic of the small wings atop cars' engine covers since they began to appear in testing.

Red Bull does not run a T-wing, and Horner believes incidents such as Bottas and Verstappen's show FIA race director Charlie Whiting has grounds to take action - though he doubts it will happen.

"But I think Charlie, if he so wished, has the perfect opportunity under the grounds of safety to get rid of them. But I feel that they will probably be here for the rest of the year.

"Today it did about £50,000 of damage so I think they should be banned on grounds of safety and cost."

Verstappen said the incident effectively meant he was unable to do a proper long run in second practice.

Despite the disappointment of Verstappen's disrupted evening, Red Bull had an encouraging Friday in Bahrain.

Daniel Ricciardo and Verstappen were second and third in the daylight session, and while Verstappen's damage limited him to eighth in practice two, Ricciardo was only 0.066s off the pace as he took third behind Sebastian Vettel's Ferrari and Valtteri Bottas's Mercedes.

Both Ricciardo and Horner were surprised to be so much closer to the pace than had been the case in Australia and China.

"It is alright. It is not qualifying, if it was qualifying I would take that for now," said Ricciardo. "Actually I would be pissed because it was pretty close to pole essentially, but it was a good day.

"I am not reading too much into low-fuel stuff because at the moment it looks good but it doesn't make a whole lot of sense compared to a week ago.

"We will be reserved with that. We did everything we had to, a lot of laps."

Horner insisted Red Bull was "still struggling a little bit" and "not entirely happy", describing Ricciardo's small deficit to the front as "a bit strange".

Some like it hot! Ferrari sets the pace in scorching hot Bahrain GP F1 practice