Verstappen: I won't change my approach to racing 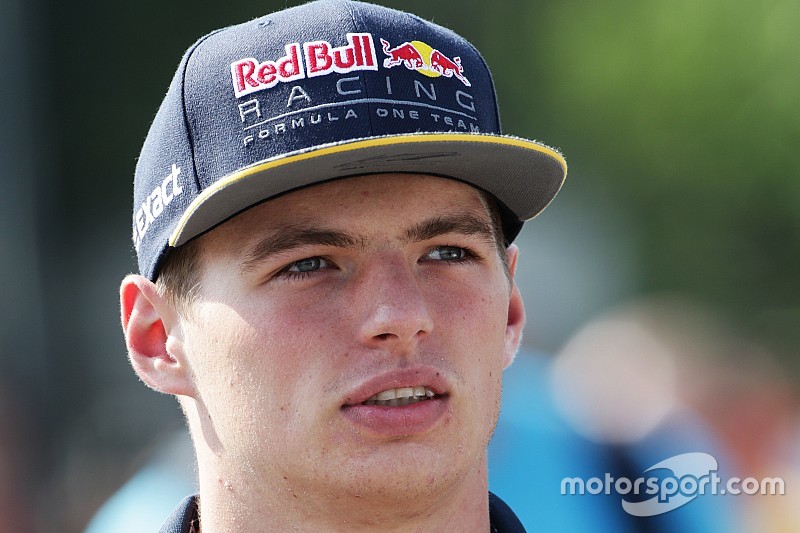 Max Verstappen insists he will not change his hard approach to racing, and thinks it would be lunacy to expect him to become less aggressive on track just because his rivals are unhappy.

The Dutchman's conduct has been under the spotlight since the Belgian Grand Prix, when Ferrari duo Kimi Raikkonen and Sebastian Vettel were left upset about the way their Red Bull rival strongly defended his position.

But despite the controversy that has been brewing over his actions, and the likelihood of intense discussions about him in Friday night's drivers' briefing at the Italian Grand Prix, Verstappen remained defiant that there were no grounds for him to alter his approach.

"To be honest, for me Spa is done," he said. "I think in general it was a great weekend, I enjoyed it a lot.

"Especially to see so many fans to come to the track, with the orange colours, was amazing to see. What happened in the race, that can happen sometimes but I just focus ahead of Monza.

"I think it was all pretty clear. Like I said. I don't like to stay in the past and what happened there. I just focus ahead and I try to push again and just do my thing, and show my driving style like it was before."

Verstappen already faced criticisms from his rivals in the briefing at the German Grand Prix, and while expecting more of the same, he said his rivals' views would not make him change.

"Like I did there, I didn't say anything," he said. "I just listened and it is up to the stewards.

"You have to see it like this. Let's say you put [Zlatan] Ibrahimovic in terms of attacking you, you put him up as a defender. Would he like it just because other people think he is a better defender? I don't think he will listen to those guys.

When asked about comparisons between his move on Raikkonen on the Kemmel Straight and what Michael Schumacher did to Mika Hakkinen there in 2000, he said: "Yes I saw that...yeah, but the track is also different.

"At the end of the day Michael is still a seven-time world champion, isn't he?"

The only area where Verstappen believes things can be improved is in trying to avoid the kind of circumstances that resulted in the collision between himself and the two Ferraris at the first corner.

"When you are in the car it is very difficult to see of course," he said. "When you look at the videos again it was all pretty clear.

"It happens sometimes in the race and the stewards didn't give any penalty to any one of us, so that is fine.

"I think we all learned from it as well. Even when you are a very experienced driver you can still learn so definitely we just focus ahead to Monza."