Max Verstappen hopes set-up tweaks made to his car following Friday's practice running in Sochi will aid his recovery through the Formula 1 field in the Russian Grand Prix.

Red Bull revealed on Friday afternoon that it had fitted Verstappen's car with an all-new power unit, triggering a penalty that meant the Dutchman would start at the back of the grid.

Verstappen will start last after failing to set a time in qualifying on Saturday. He will be joined at the back of the field by Valtteri Bottas, Nicholas Latifi and Charles Leclerc, all of whom are also taking engine penalties.

Verstappen said on Thursday that he thought it would be trickier to fight back through the field than in 2018 when he also took an engine penalty.

In practice on Friday, Verstappen was heard complaining over team radio that it was difficult to pass cars due to the top speed of his car.

But Verstappen downplayed his Friday struggles, and revealed that tweaks had been made to the set-up of his Red Bull RB16B ahead of qualifying to try and aid his recovery.

"Yesterday was not fully representative," Verstappen said after qualifying. "Some people turned up the power or had lower fuel, so I wasn't too worried about that.

"But yeah, we made a few changes, and I'm confident for tomorrow that we made the right changes. Still, it's going to be quite tricky to pass."

Verstappen heads into Sunday's race leading Lewis Hamilton by five points at the top of the F1 drivers' championship.

Verstappen was unsure how far up the field he would be able to fight, saying it would largely hinge on the opening lap and any incidents for the lead runners. 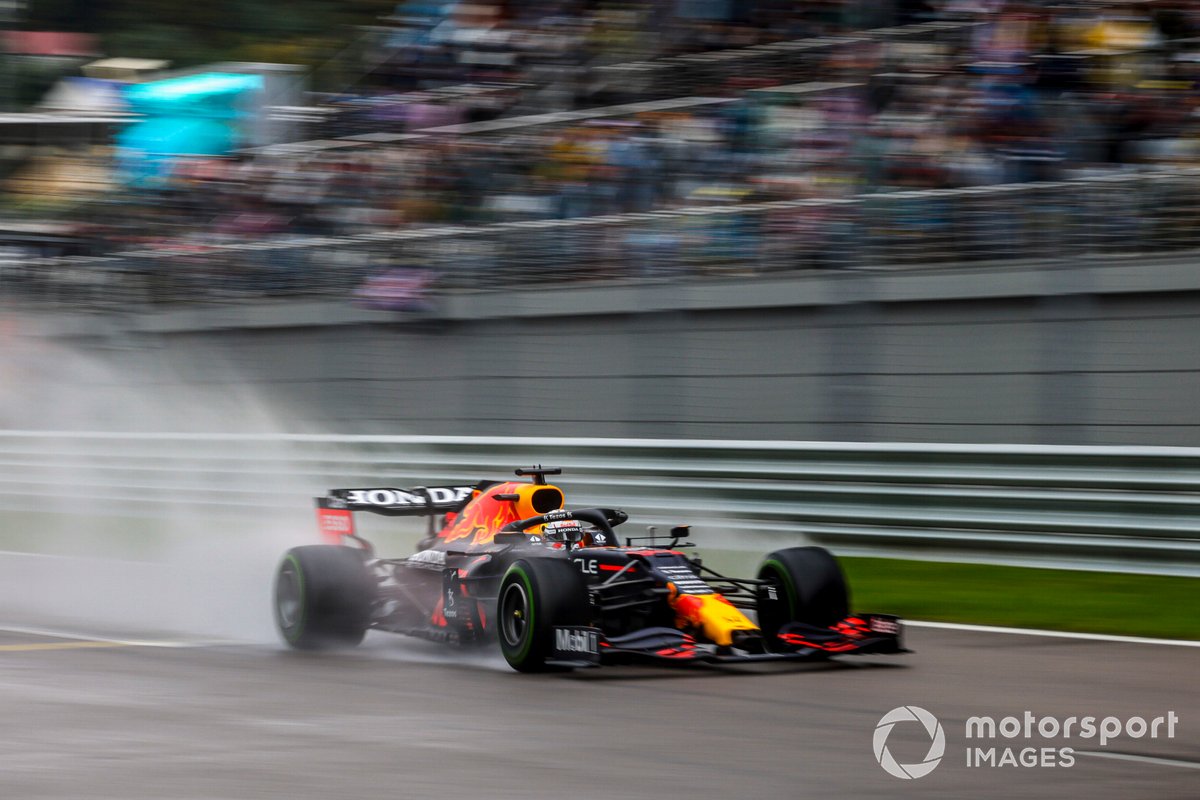 "It all depends also on the first lap or things that happen during the race," Verstappen said.

"Of course I'll try to score points, but I need a bit of help of course with things going, let's say, a bit wrong in the front. But let's see."

Hamilton will start the race from fourth place on the grid, and his bid to reclaim the lead of the standings will be aided by Mercedes teammate Bottas, who is set for a tactical grid penalty.

Mercedes and Red Bull have been neck-and-neck for outright performance through much of this season, but Verstappen felt Mercedes was a step ahead in Sochi.

"It was a little bit difficult [to judge in practice] but they still looked very strong," Verstappen said.

"Like I said, I made a few changes to the car, so I hope that will help a bit as well, and of course they all turned up their engines in FP2 for a fast lap.

"From my side, I knew that I was starting in the back, so there was no reason to do that. I guess we'll have to wait and see how competitive we are going to be.

"Of course I think they are a little bit faster in qualifying than in the race, what they have or what they can extract from it, but that's OK."