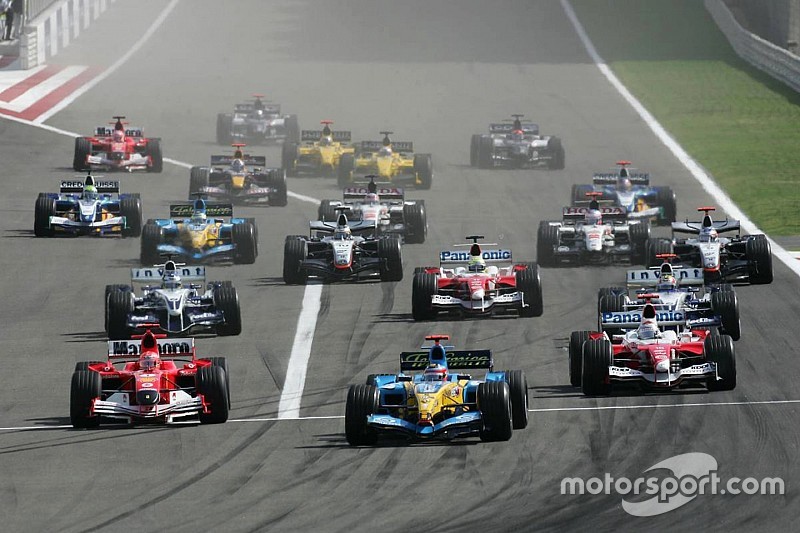 F1 adopted turbo hybrid V6 engines in 2014 that have been criticised for the lack of noise generated compared to the preceding V8s, and V10s and V12s of previous generations.

The FIA hosted current and prospective manufacturers in Paris on Friday to discuss engine regulations beyond 2020, with the governing body announcing a broad agreement had been made to ditch its current engines in favour of cheaper and louder alternatives.

While Todt previously insisted a return to V10 or V12 engines would “not be accepted by society”, Verstappen hopes a way can be found for V10s to return as part of the new direction.

“I think it would be very nice to have a V10 engine or something, with the lovely sound,” he told Motorsport.com.

“[The current engines are] nice for me in the car, but I think it’s not really impressive for the fans, if you compare it to a V10 or V12.”

F1’s current regulations have been shaped by road relevance, with energy recovery systems a key component.

While purely-electric engines are becoming more common in motoring, and are the focus of Formula E, Verstappen would not be a fan of all-electric racing.

“Let’s keep things how they are for the next 15 years. I would be fine with that. After that they can make the whole thing completely electric.

"After that I’m going to do other things”, Verstappen added while smiling. “I already have some things in my mind I would like to do, but of course this is still quite far away.”

“I hope that the sport is still using a petrol engine by then. One that also makes some sound.”

Have your say on Formula 1’s future by taking part in the Globan Fan Survey, which remains open until the Chinese Grand Prix: https://f1survey.motorsport.com/

Analysis: Are sponsors back in love with F1?