Max Verstappen believes Red Bull's set-up compromises for the Italian Grand Prix leave him with a "good chance" of overcoming a grid penalty to beat polesitter Charles Leclerc for victory.

The defending Formula 1 world champion ran second in qualifying at Monza as he ceded 0.145s to Leclerc, while the other Ferrari of Carlos Sainz ran third and 0.268s adrift.

But Verstappen carries a five-place grid penalty into the race following a change of internal combustion engine on the advice of supplier Honda, as per team boss Christian Horner.

Verstappen felt he missed out on topping the leaderboard owing to a lack of top speed and a loss of grip through the first sector as his RB18 ran with a higher downforce rear wing specification carried over from Spa.

Nevertheless, the Dutch driver reckons this will pay off in the GP when he expects reduced tyre wear compared to the Ferraris, which he reckoned looked nervous and will struggle on high fuel.

Asked by Motorsport.com whether he was pleased with the concessions the Red Bull engineers had made, Verstappen said: "I think compared to some other cars, we still have very good top speed.

"It's just the Ferraris are a little bit faster than us on the straights."

As a result, Verstappen says that despite the reduced effect of the tow following the return of ground effects for 2022, he can quickly pick off rivals to take the fight to Leclerc. 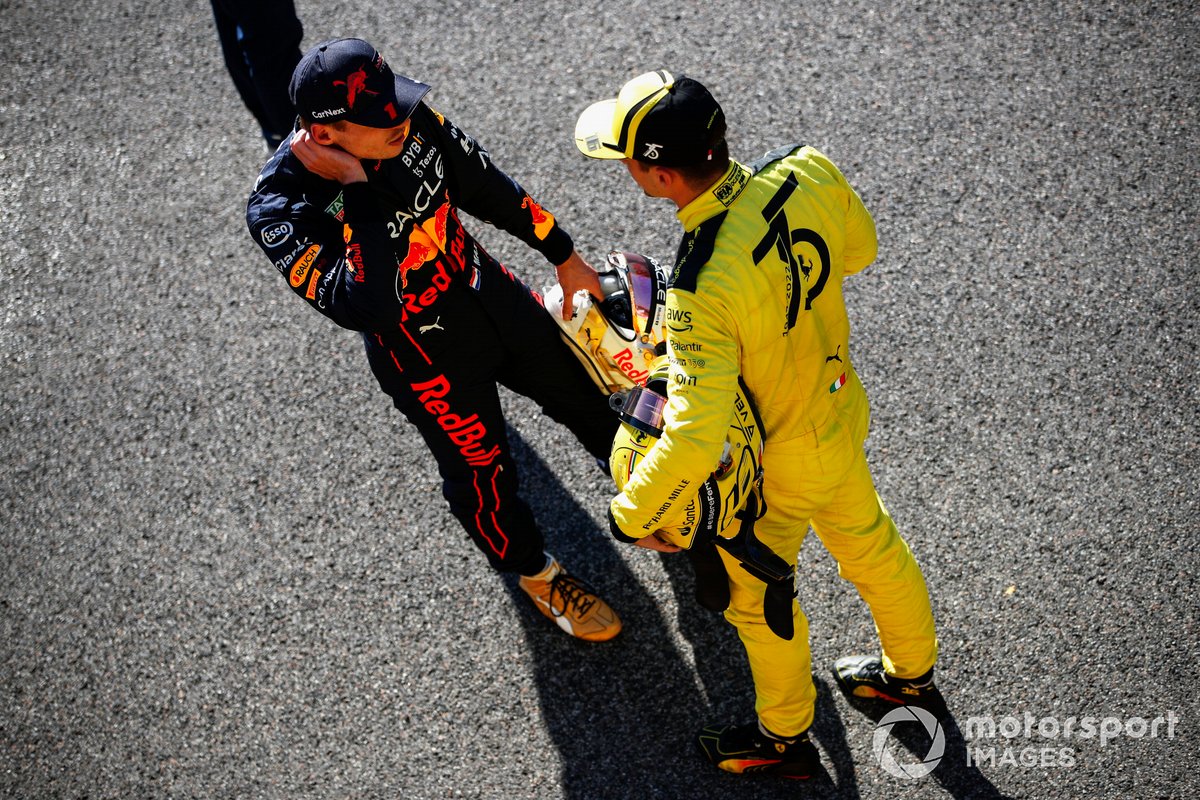 Verstappen continued: "I'm still expecting to get through the field. Once I get close to Charles, it will be a bit more of a battle. But then we have to rely on a bit more balance through the corners.

"We chose, of course, to make the downforce a little bit higher compared to some other cars. But it felt alright. And around here, qualifying to race can always feel a bit different.

"My race runs, they were really good [in Friday practice]. With what I've seen from the long runs, it looks good for our side.

"I just need to clear the cars in between us quite quickly and then I think we still have a good chance."

There was some initial ambiguity over exactly where Verstappen will line up on the grid.

Owing to the five-place penalty, he will drop to seventh on the grid.

However, there were suggestions he might line up fourth given that Sainz, and Lewis Hamilton in fifth all have back-of-the-grid reprimands for exceeding permitted parts limits.

Asked if the confusion meant the penalty system was excessively complicated, Verstappen fought back with: "Unless I'm stupid, I think it's P7. You need to read the rules."