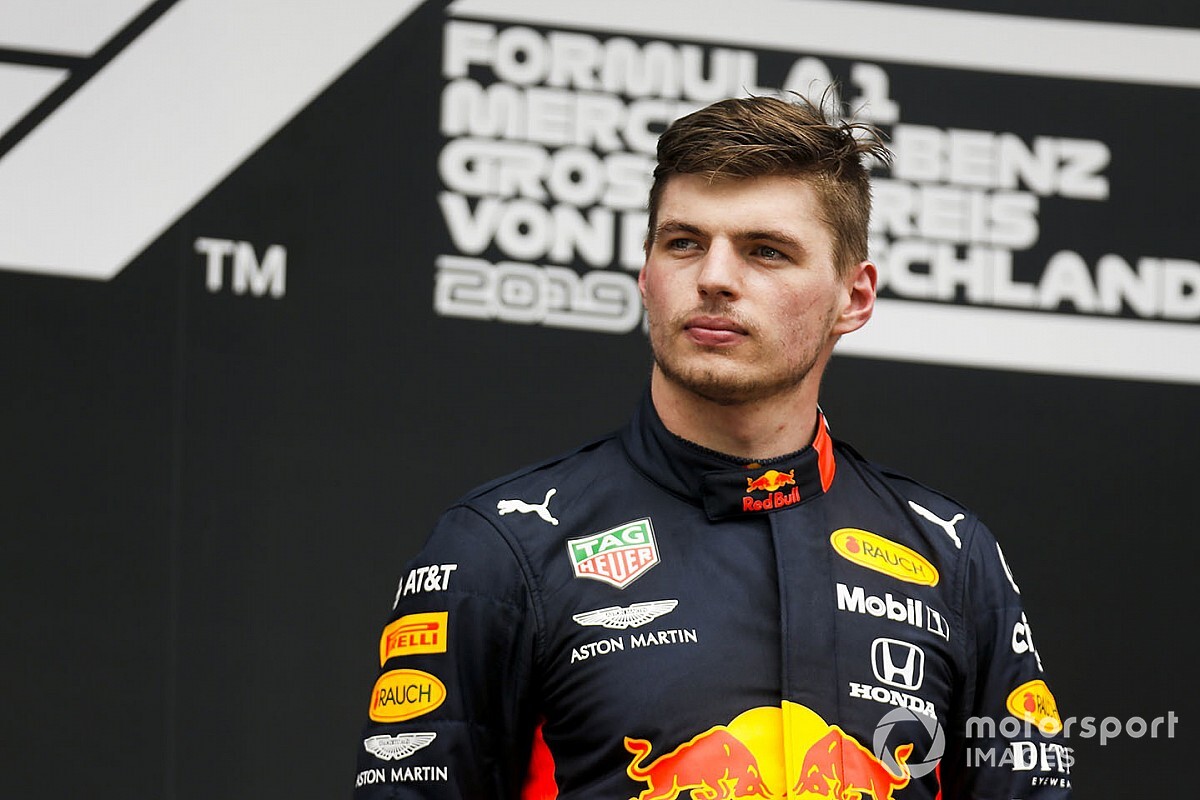 German Grand Prix winner Max Verstappen says his victory at Hockenheim will not alter the outlook of the Formula 1 drivers' championship battle.

The Red Bull driver remains third in the standings behind the dominant Mercedes duo of Lewis Hamilton and Valtteri Bottas.

But his second win of the year means he now lies just 22 points behind Bottas, who failed to score in Germany.

Post-race time penalties for the Alfa Romeo drivers enabled championship leader Lewis Hamilton to salvage two points from a disastrous grand prix in which he finished 11th on the road.

He now has 63 points in hand over Verstappen and 84 over Ferrari's Sebastian Vettel.

But Verstappen wrote off the events of Hockenheim as a blip, pointing out that the Mercedes car remains the dominant package in normal conditions.

"They [Mercedes] are so miles ahead in the championship," he said. "It [the 63-point deficit] is more than two victories, and they are still the dominant team, I think.

"We managed to do a good job but we still have to work very hard to close that gap and actually really fight for the victory every single race, so there's still a lot of work to do."

Verstappen qualified second on the grid, outpacing Bottas, and arguably could have got closer to Hamilton than the 0.364 margin between them suggests, because his Q3 lap was scrappy.

Both Verstappen and teammate Pierre Gasly made poor starts in the wet conditions on race day owing to a suspected engine-mapping issue.

Verstappen dropped to fourth on the opening lap but quickly passed the Alfa Romeo of Kimi Raikkonen for third, then shadowed second-placed Bottas until Red Bull initiated the second round of pitstops by bringing Verstappen in for medium-compound slicks.

That turned out to be the wrong decision since Verstappen spun on his out-lap, made he made no further errors and profited when Mercedes' race fell apart.

"We had to stay very focused," he said. "We couldn't afford too many mistakes.

"I mean now, after the race, I can say I did that 360 for the crowd, but at the time it was a bit tricky out there with the medium tyre, very low grip.

"I think the information between myself and the team was crucial. I think we made the right calls and that gave us the victory also."

Hamilton says German GP was "like Snakes and Ladders"