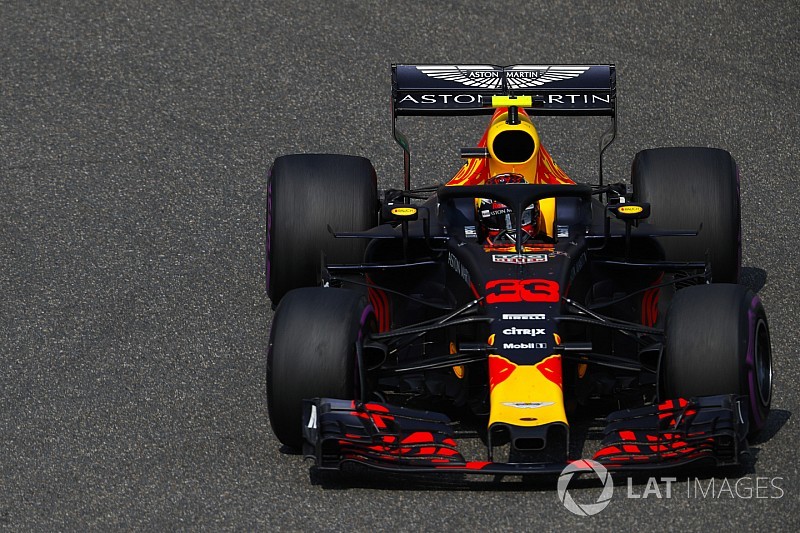 Max Verstappen gave victory in the Chinese Grand Prix away with his incident with Sebastian Vettel, according to Red Bull motorsport boss Helmut Marko.

Verstappen had benefitted from the safety car period triggered by a clash between the Toro Rosso drivers to switch to soft tyres and attack his medium-shod rivals in the latter part of the race.

However, an overoptimistic move on Ferrari rival Sebastian Vettel ended with the duo making contact and spinning.

As a result, Verstappen was handed a 10-second penalty which relegated him to fifth position, the Dutchman having finished fourth on track.

Verstappen accepted blame for the incident, and Marko insisted the driver was aware that he had lost victory.

"Max overdid it by trying to overtake Vettel," he told Movistar. "Yes, it was a mistake from him. He apologised. That can happen in racing."

Asked what he had told Verstappen after the two were seen talking after the race, he said: "That his time will come. He just shouldn't overdo it. He knows what he lost.

"There was a victory for him on the table, but he gave it away.

Daniel Ricciardo, who had started behind teammate Verstappen, went on to win the race from sixth on the grid.

The Australian, who had suffered an engine failure in final practice, also benefitted from a switch to soft tyres during the SC period.

Marko credited Red Bull's mechanics for the job done on Saturday to allow Ricciardo to avoid a back-of-the-grid start.

"With the other tyre choice we were also in good shape, but of course here quite often the safety car comes out and we reacted at the same time," he said.

"But it all started on Saturday when our mechanics managed to change the engine. Otherwise Ricciardo would have started last and then I don't think this result would have been possible.

"So big thanks to the whole team. Everybody did a fantastic job and the right thing."