Max Verstappen says any future championships will be a "bonus" after achieving "everything in Formula 1" by winning his first world title on Sunday in Abu Dhabi.

Verstappen was crowned champion after a dramatic finish to the season at the Yas Marina Circuit that saw him clinch the title with a last-lap pass on rival Lewis Hamilton.

A late safety car period bunched the field and gave Verstappen the chance to attack Hamilton late on after sitting over 10 seconds behind with six laps remaining.

Verstappen had long-stated that he did not think winning the championship would be a life-changing moment for him, and retained that view after clinching his maiden crown.

"No, my life will not change now," Verstappen said. "I'm of course very happy that I won the championship.

"That's the final achievement that I wanted in Formula 1, so everything else that comes now is a bonus."

Verstappen added: "Of course I will continue driving, but in terms of achievements, I have achieved everything in Formula 1 now." 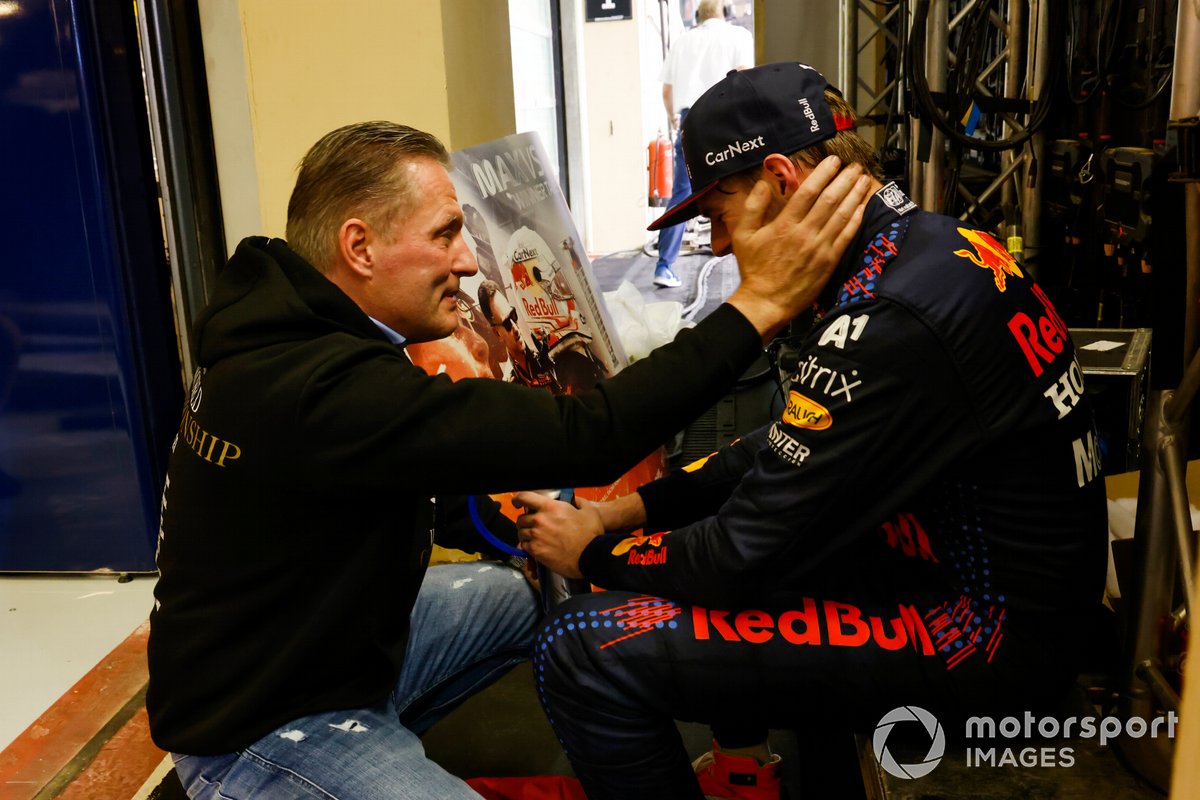 The victory helped Verstappen fulfil a long-held dream to become F1 world champion, having joined the grid in 2015 as the youngest driver in the series' history at 17. He then became the youngest driver to ever win a grand prix one year later at the age of 18.

Shortly after getting out of his car and sealing the title, Verstappen was seen sharing a quiet moment with his father, Jos, who also used to race in F1, and was instrumental in Verstappen's rise.

"It all flashes through your head now, especially with my dad travelling around all of Europe [racing go-karts] for that one goal," Verstappen said.

"The first was to be in Formula 1, to hope that you can win a race and hear the national anthem. But then the ultimate goal was the world championship, which is very hard to achieve.

"But now that happened. It's just insane. To have all my close family, friends, my dad, my manager, my girlfriend all here, that makes it extra special."

Verstappen also revealed he was struggling with cramp in his leg on the final lap restart before making his title-winning pass on Hamilton.

"It just summed up the whole season," Verstappen said. "It was completely unpredictable and crazy throughout the whole year."