Max Verstappen believes Ferrari is "very close" in terms of pace but is still certain all Formula 1 teams are yet to reveal their true pace ahead of the 2022 opener in Bahrain.

The defending F1 world champion topped second practice ahead of the Bahrain Grand Prix by just 0.087s from Ferrari's Charles Leclerc, with his teammate Carlos Sainz slotting into third place to cap an impressive day for the Italian squad.

With Ferrari team boss Mattia Binotto confident it has closed the 25bhp engine deficit to rivals Mercedes and Red Bull with its updated power unit, Verstappen sees Ferrari as a major rival but isn't certain on the true performance order yet.

"You can see Ferrari is pushing hard, and they're very close, but that's very exciting as well," Verstappen said.

"We have to wait and see a little bit, also with engine modes tomorrow from all the teams to really see where we are.

"I think everyone is still not like in qualifying spec, so we have to wait. But it's looking good.

"I think that's in general what everyone wants, right? The teams a bit closer together. I think over time, it will only get close, so I think that's good." 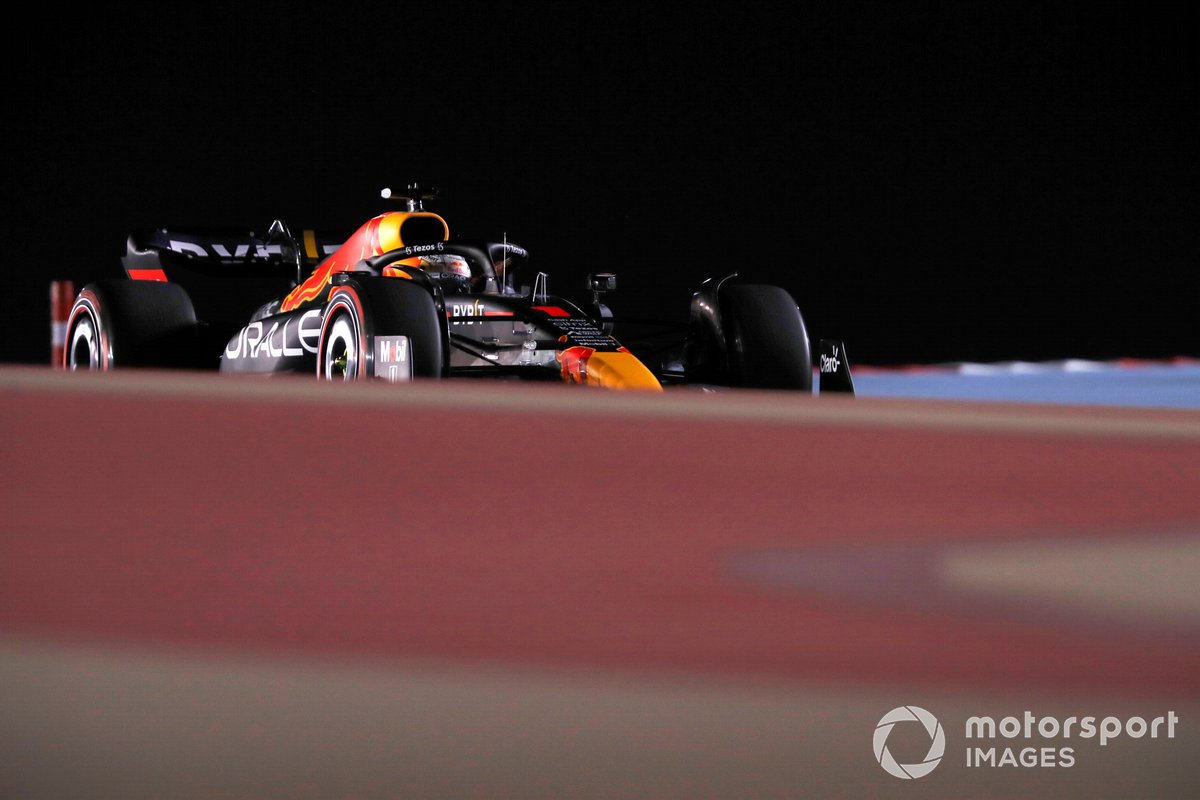 Verstappen also remains wary of Mercedes, having suspected it was hiding its true potential during pre-season testing, despite seeing the German manufacturer struggle for outright pace on Friday, with George Russell in fourth place in FP2 almost six tenths of a second off Verstappen's leading effort.

Asked if he was surprised about Mercedes' performance, he said: "No, but then again, we'll have to wait and see tomorrow, when everyone is turning their engines up fully how much is really in it."

Focusing on Red Bull's preparations for the opening race, Verstappen is confident with his car's potential and the feeling with the RB18 having topped FP2 and the Bahrain pre-season test last week.

"The car felt good," he said. "Of course we have been testing here, so overall you are in a better window to start with. It felt alright.

"We tried a few things of course on the car, and they all seemed to be working well. Quite a straightforward and smooth day actually, so I'm really happy with that."