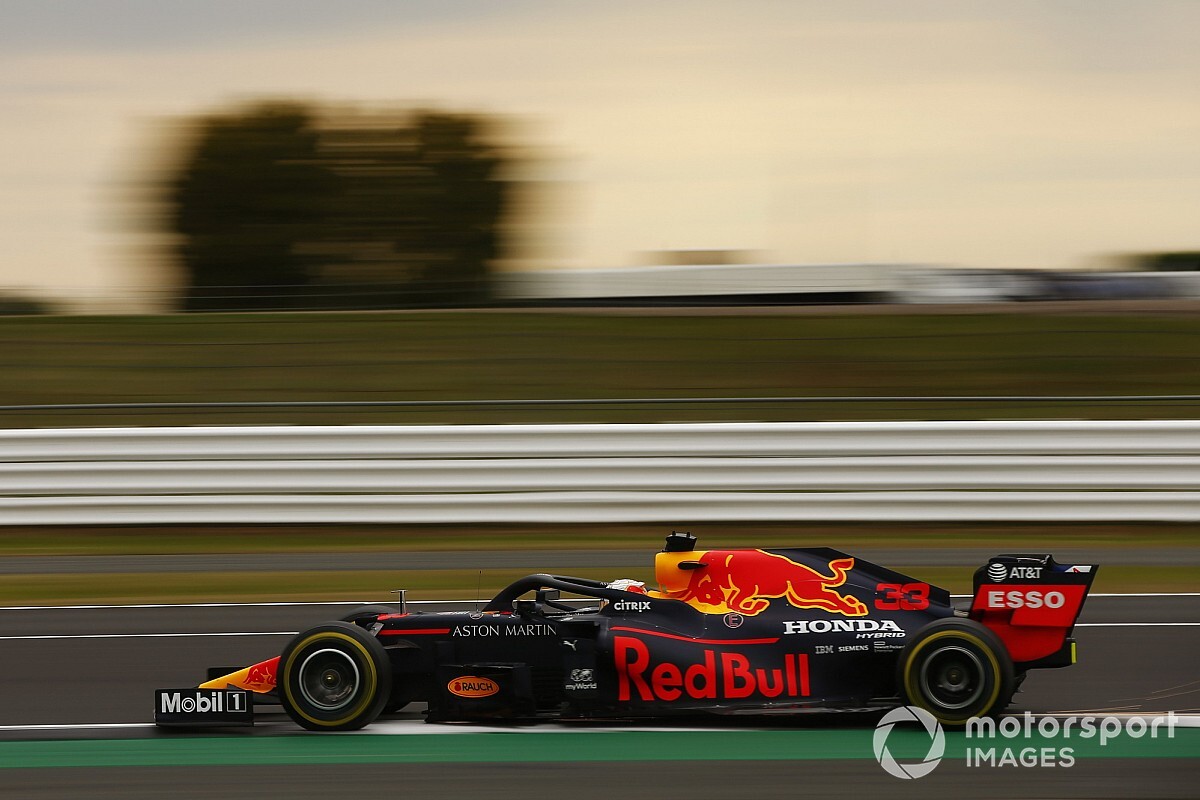 Red Bull Formula 1 driver Max Verstappen says the unusual decision to use Pirelli's hard tyres for Q2 at the start of the 70th Anniversary GP was an obvious one, because the same tyre worked for him last weekend.

The Dutchman was the only driver to try to get through Q2 on the hard C2 tyre, and thus will be the only top 10 runner who will start on it.

In common with other frontrunners, Verstappen also used the C2 tyre in Q2 for the British GP, when it was the medium option. For this weekend Pirelli went a step softer, so the C2 became the hard.

Verstappen says he felt so comfortable on the C2 that he wanted to qualify on it, and thus be able to use it for the first stint of the race, while other top contenders went with the medium, or C3.

"I felt strongly for that tyre because we're already running softer compounds," said Verstappen. "So we can't use the hard we had last week, which I think was a pretty decent tyre.

"So I wanted to go for the hardest option we had this weekend, because basically, this week's soft is just falling apart. So that that was not an option. You could see that for everyone.

"And then the medium, it was last week's soft, which was also not an amazing tyre, the top runners didn't want to qualify that already. So why would I qualify on it now, while the track is even warmer and stuff? So it was just a matter of making it through to Q3."

He acknowledged that the downside will be having the less grippy tyre for the start than those around him.

"Tomorrow, maybe the start is going to be a little bit more tricky, but we managed to hold on also last week with a few guys behind me on the softer compound. So I think it's gonna be alright."

Verstappen admitted that Red Bull could have managed qualifying better, and that he lost a shot at being closer to Mercedes and beating Nico Hulkenberg to third place.

Having just run the hard in Q2 he then ran the medium tyre at the start of Q3 to get a banker lap in, and then moved to the soft for the crucial final runs.

That switching around meant that he didn't get an optimum final lap in, and lost a spot to Racing Point's Nico Hulkenberg.

"I was just not sure which tyre was going to be the fastest," he said. "So we gave it a try on both. I think in hindsight, I didn't drive a lot, I only did like four laps in qualifying, which is maybe not enough because we basically did a soft then a hard then a medium then a soft. I never really had a good reference.

"So I think procedure-wise, we didn't do the best job there. So that's something to learn from for next time. That's why maybe also in Q3, we just couldn't get it right, because the car was not that bad."