Verstappen felt "really on the edge" with double Turn 1 pass

Max Verstappen felt he was "really on the edge" with his late-braking pass on Mercedes Formula 1 duo Valtteri Bottas and Lewis Hamilton at Turn 1 in Mexico.

Verstappen extended his lead at the top of the drivers' championship by scoring his ninth win of the season at the Autodromo Hermanos Rodriguez on Sunday, finishing 16 seconds clear of title rival Hamilton in second place.

The win came after Verstappen had struggled to third place in qualifying on Saturday, but he managed to use the tow on the run to Turn 1 to enter the corner three-wide with the Mercedes drivers.

But it was Verstappen who pulled ahead into the lead after swooping around the outside of both Mercedes, braking late before stopping his car in time to get it stopped for Turn 2.

It ensured Verstappen did not have to struggle in dirty air behind the Mercedes cars, acting as the critical moment in his path to victory.

Asked by Motorsport.com about the move after the race, Verstappen explained that his track position on the outside of the corner meant he knew he could brake later than Hamilton or Bottas on the inside.

"You can't really practice how a start is going to go, right, because you end up left, middle or right, depending on what happens," Verstappen said.

"But once I was on the outside and basically on the racing line, I knew exactly where I was going to brake. 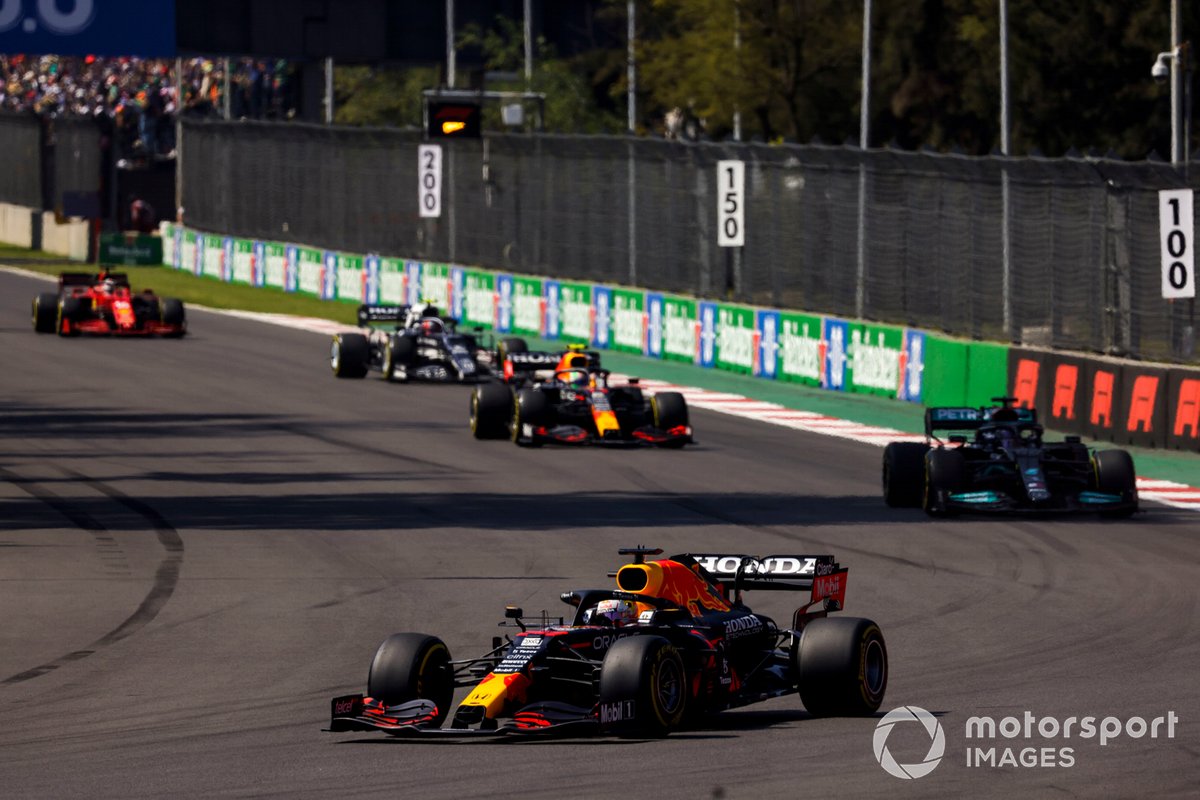 "It's always a tricky one. The car on the inside is fully into the dirt because nobody is really driving there, so they can never brake as late as the car on the outside, also because of the angle going into the corner.

"I knew where I was braking that [it] was really on the edge, because you could see I was also getting closer to the white line on the exit.

"I knew if somebody would brake later on the inside he would have definitely gone off the track. So yeah, I just went for it and it worked."

Red Bull team principal Christian Horner hailed Verstappen's move as being "the most important part" of his victory.

"He found himself a bit of space, I was surprised that they gave him the room," Horner said on Sky Sports F1.

"I have to say Valtteri was very fair. And I thought Max had missed his braking, because he was so late on the brakes at Turn 1.

"But he made it stick, and from there, really controlled the race. It was a straightforward race for him."

Why Verstappen was untouchable after Mexican GP Turn 1 pass