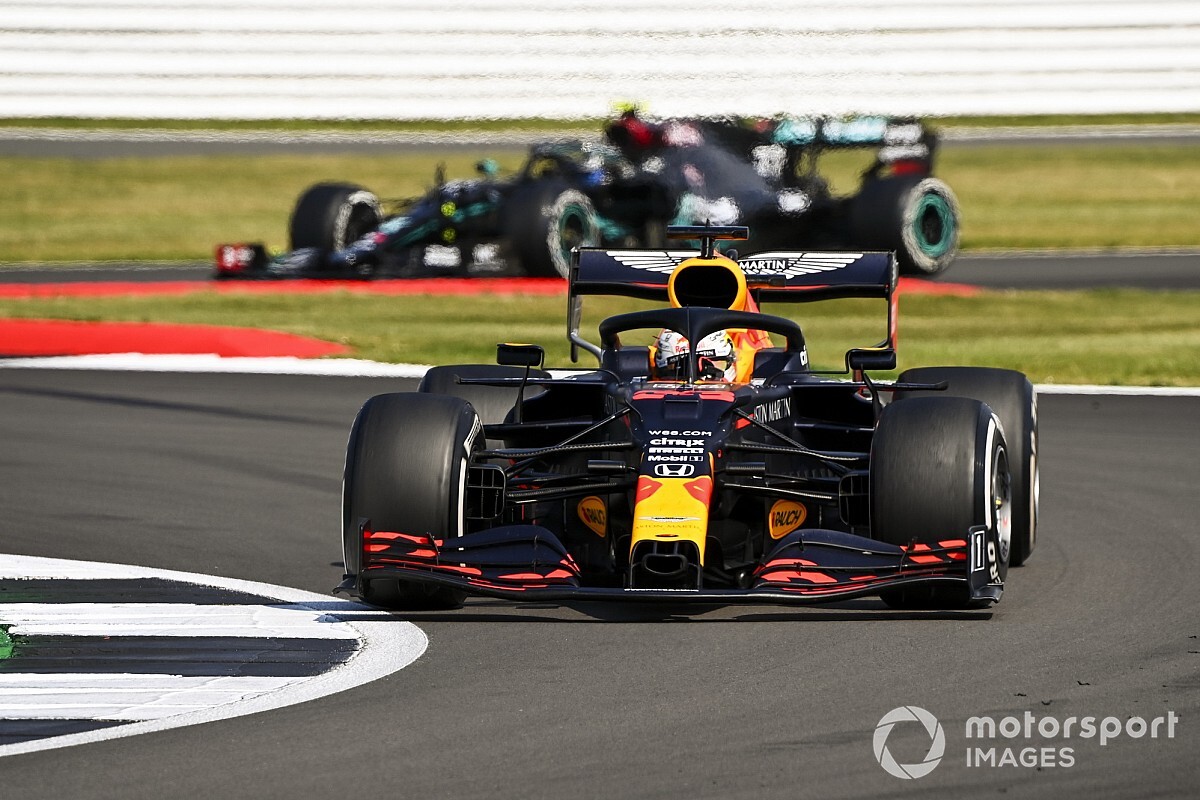 Max Verstappen says he was confident managing his tyres while chasing the Mercedes pair during the 70th Anniversary Grand Prix which was why he pushed on despite Red Bull warnings.

Verstappen charged to victory thanks to impressive tyre management over his first stint on the hard compound Pirellis which allowed him to pull out an advantage over Valtteri Bottas and Lewis Hamilton after their first stops.

Opting for the alternative strategy by starting on the hard tyres, Verstappen knew his opening stint and tyre management would be crucial and after seeing the Mercedes duo struggling he started to close the gap which led to Red Bull warning him to drop back to look after his own tyres.

Verstappen responded over his team radio, "this the only chance of being close to the Mercedes, I'm not just sitting behind like a grandma" and duly kept the pressure on before the first pitstops.

After the race, the Dutch driver explained he was happy with his tyre management and could see the Mercedes drivers were suffering so he wanted to maximise his opportunity.

"I was already managing [my tyres] but their tyres were completely gone, I could see the tyres opening up," Verstappen said. "But it was also expected with these tyres especially on high fuel when the car is very heavy.

"But I didn't want to just sit behind like I have been doing in previous races all the time so once I had the opportunity to put a bit of pressure on I want to do that so I tried.

"I had a big moment once when I was close to Lewis in Turn 13, because it is really hard to follow even when I had the grip advantage.

"Then it got to the point where it was impossible for them to continue so they boxed and that is where my race started."

Verstappen also conceded he was wary of wrecking his own tyres while following Bottas and Hamilton but felt it wasn't an issue that would compromise his race strategy which was why he continued to push against Red Bull's advice.

"I hate sitting back especially when you see the car is pretty decent," he said. "Sometimes it can be a bit of suicide, killing your tyres and trying to hang on desperately but I don't think that was the case today."

Verstappen has moved up to second place in the Formula 1 world drivers' championship, ahead of Bottas, and is 30 points behind Hamilton at the top of the standings.