Max Verstappen says he didn’t understand what happened with Lewis Hamilton that resulted in the Formula 1 title contenders briefly going wheel-to-wheel in practice.

Hamilton and Verstappen ran close as they both looked to begin push laps during second practice for the United States Grand Prix at the Circuit of the Americas on Friday.

Verstappen slowed at the final corner to prepare for a flying lap, only for Hamilton to appear up the inside and pass Verstappen.

Verstappen opted to keep pushing while running over the exit kerb at the final corner, staying side-by-side with Hamilton as they crossed the start-finish line.

The title rivals ran wheel-to-wheel all the way along the main straight and up the hill into Turn 1, where Hamilton moved ahead on the inside line.

That prompted Verstappen to back out of his lap and quickly raise his middle finger to Hamilton as he pulled away through Turn 2.

Verstappen quipped over team radio: “Ha, stupid idiot.” He was then told by his race engineer to “ignore it, don’t worry about it”.

Asked about the run-in with Hamilton after FP2, Verstappen said he was unsure what had happened. 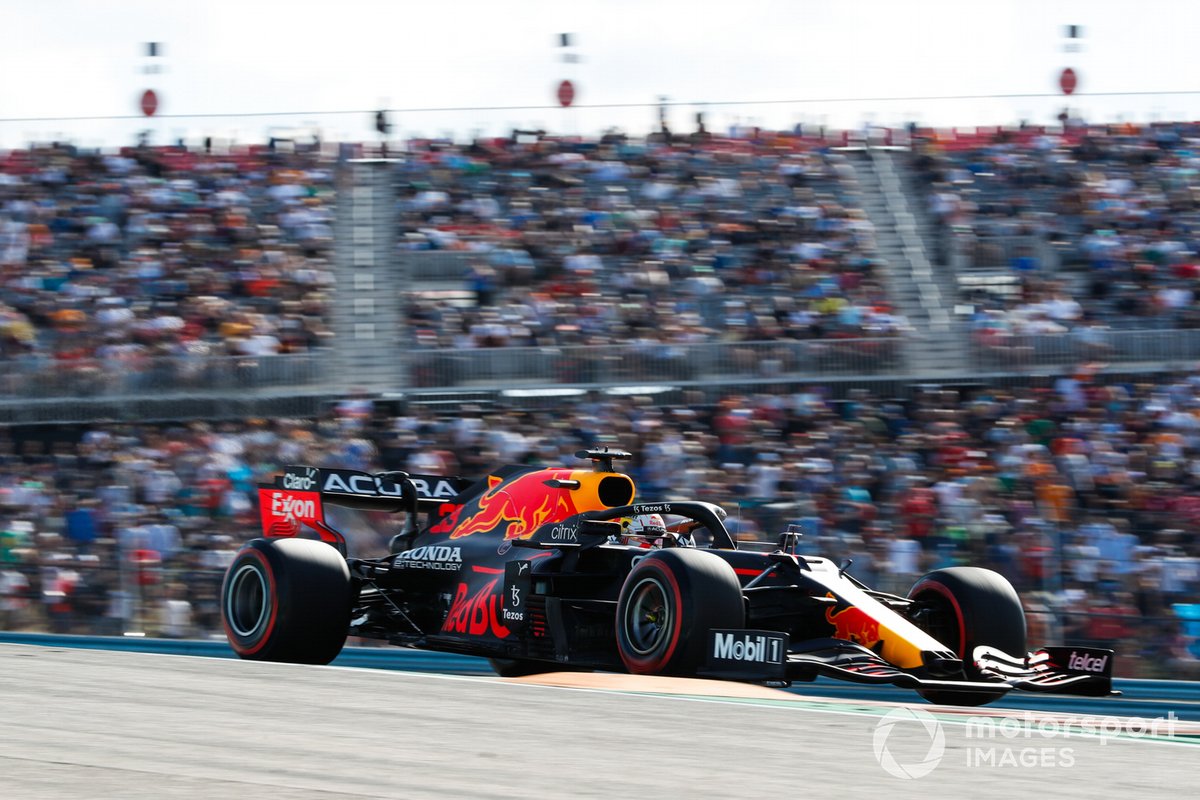 “Yeah I don't know, I mean we were all lining up to go for a lap,” Verstappen said. “So I don't really understand what happened there.”

Verstappen arrived in Austin leading Hamilton by six points at the top of the drivers’ championship with six races remaining this season.

Frustration over traffic during his qualifying simulations prompted Verstappen to abandon his low fuel run on the soft compound tyre. He ended second practice in eighth place, 0.8 seconds off Red Bull teammate Sergio Perez, who finished the session fastest.

“On the soft tyre I didn't put a lap, but overall, it's not easy out there you know,” Verstappen said. “The track is quite bumpy and to find the right compromise with the car hasn't been the easiest so far.

“But I mean, there are a few positive things to look at. And we'll continue to work on that also overnight. It didn't particularly feel bad on the short run, it was just a mess with the traffic.”