Max Verstappen has defended his shallow steering input in his Formula 1 Brazilian Grand Prix clash with Lewis Hamilton, saying if he turned his wheel more he would have spun.

The Red Bull driver's behaviour is under the spotlight in Qatar this weekend with Mercedes asking the FIA for a right to review its decision not to investigate the incident with Hamilton on lap 48 at Interlagos.

Mercedes' request has been prompted by the emergence earlier this week of the front-facing onboard footage from Verstappen's car, which the FIA did not have access to during the race.

The video shows the events through Turn 4 and points towards Verstappen not turning his wheel enough in a bid to block Hamilton going around the outside, before he eventually washes out off the track.

Asked, amid all the controversy over those moments, whether he would do the same again, Verstappen said: "Yes. You know, as a driver, I think we know exactly what we can or cannot do in a car.

"We were fighting hard, braking late into the corner, the tyres were quite worn. If I would have turned more abrupt to the left, you just spin off the track.

"So that's why we are the drivers. We try to control the car."

Verstappen said that he had not gone back to look at fresh video of what happened, and that his opinion of it being simply hard racing was unchanged.

"I didn't need to look at the footage because I was driving the car," he said. "I know exactly what happened.

"And like I said last time out, I thought it was a great battle and I had a lot of fun as well out there.

"At the end of the day, they won the race. Fair enough. They were faster than us. But yeah, it was a good battle." 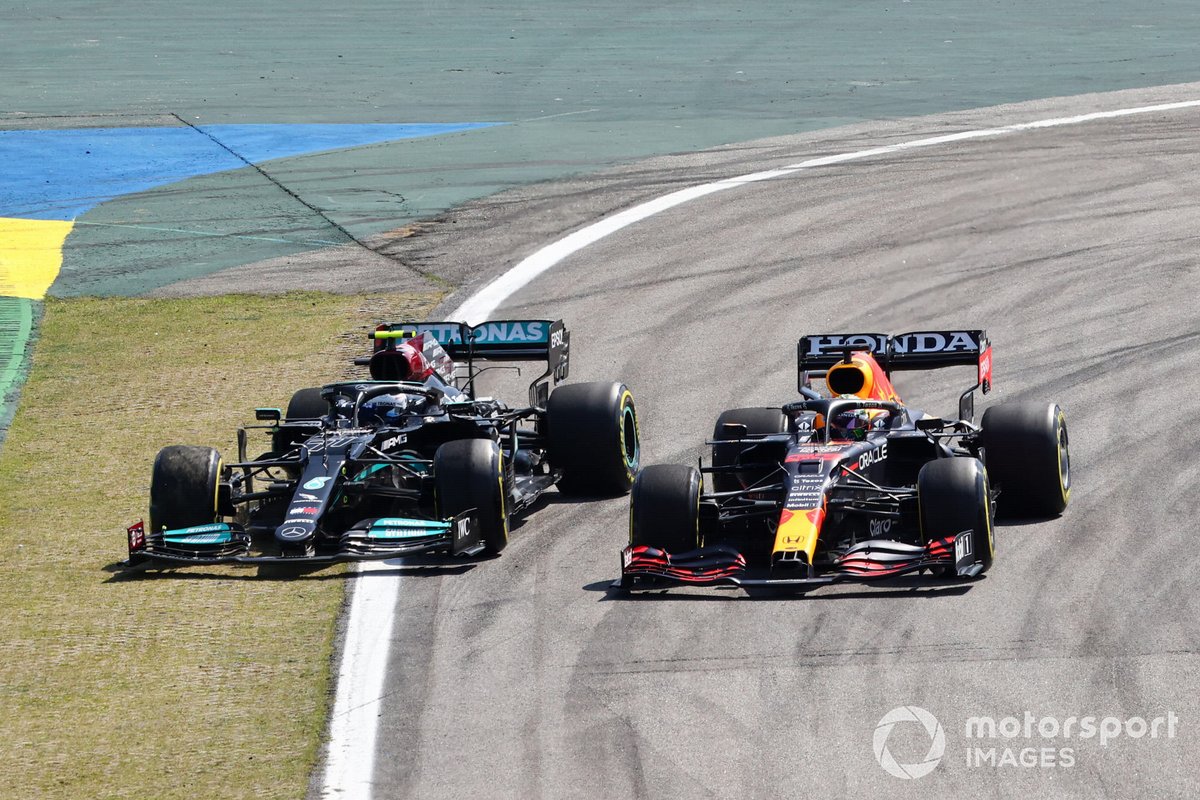 Verstappen added that he was not surprised that Mercedes had elected to take matters further, amid a growing intensity of the F1 title fight.

"I think it's quite normal when it's between two teams instead of just one team with two drivers, right," he said of the rivalry.

"So yeah, I just have to focus on what's happening on track, of course. The rest will be dealt with."

While there is a possibility that if the FIA decides Verstappen did breach the rules he could face a time penalty, he was not especially worried about the prospect.

"But again, I don't expect that to happen because I thought it was fair and hard racing, and between the two guys who are fighting for the championship.

"It wouldn't have been any way an easy pass. Because it's not how I am, and I don't think how it should be when you're fighting for the title."

Leclerc will adjust F1 driving if Verstappen move is allowed