Verstappen sure he would have caught Leclerc in Baku F1 race

Max Verstappen was confident he could have caught Charles Leclerc when his Formula 1 world title rival was leading the Azerbaijan Grand Prix before the Monegasque's Ferrari engine failed.

The Red Bull driver clinched victory in Baku after beating teammate Sergio Perez, having seen Leclerc retire with an engine problem on lap 20.

Leclerc had been leading the race having pitted before both Red Bulls under a virtual safety car, and once Verstappen pitted he faced a 13-second deficit to the Ferrari driver, but speaking after the race the Dutch driver was confident he had the pace to overhaul Leclerc before the Monegasque's enforced retirement.

"I think today we had an incredible pace in the car, we could really look after the tyres and we could chip away at it, pass for the lead," Verstappen said. "But then, of course also, maybe a tiny bit lucky because with the retirement.

"But I think nevertheless, our car was really good today. So I could have closed that gap. Then of course you have a race on your hands.

"But overall, yeah, really, really happy with how the balance of the car was today." 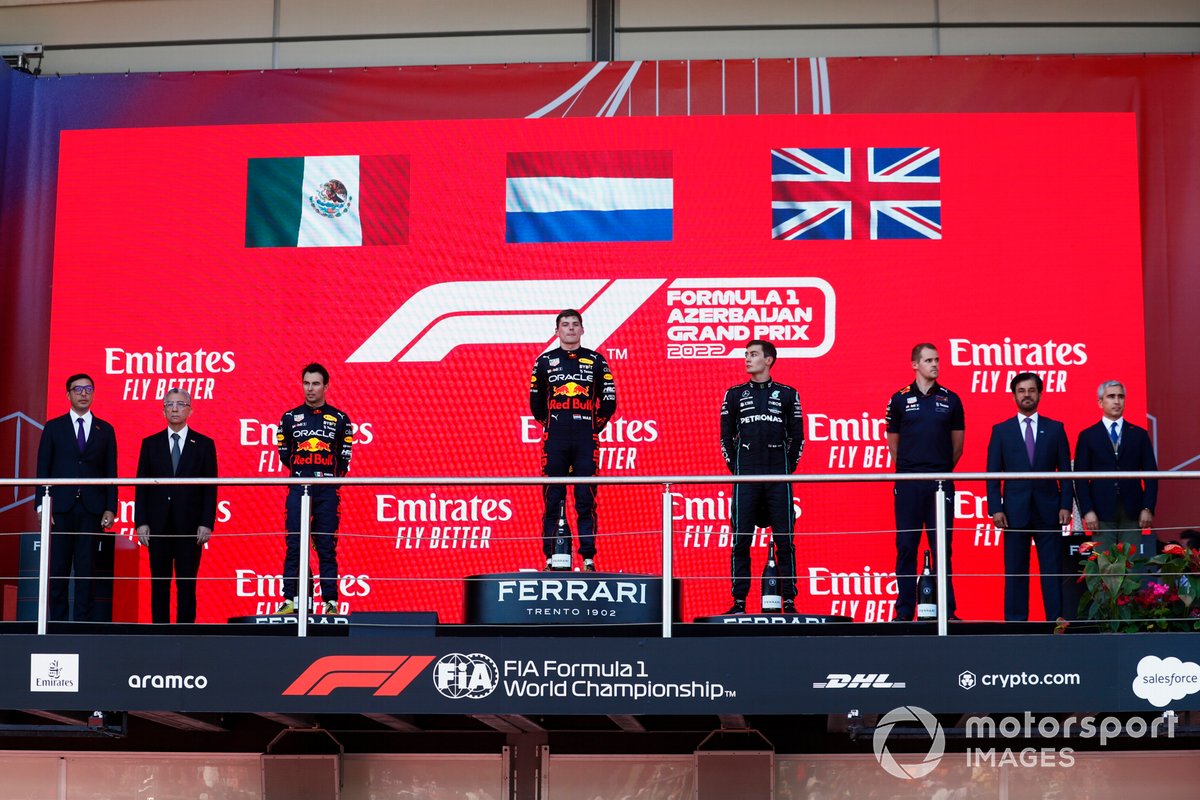 Verstappen also said he found a better set-up and tyre performance with his Red Bull in race trim, having struggled to match Perez over a single lap in qualifying and practice, which he said was key to his victory charge.

"I don't know, just tyre behaviour together with just general grip, of course, of the car," he explained.

"And that's what you need around here, that you can look after your tyres. So at the end, to have a 1-2 as a team as well, it was a really good day for us."

Verstappen has recorded his 25th career F1 win and coupled with Leclerc's DNF he now leads the world drivers' championship by 21 points from Red Bull teammate Perez, the Mexican moving up to second.

Having taken a maximum points haul in Baku with a 1-2 and Perez clinching the bonus point for the fastest lap, Red Bull extended its lead at the top of the F1 world constructors' standings to 80 points over Ferrari.