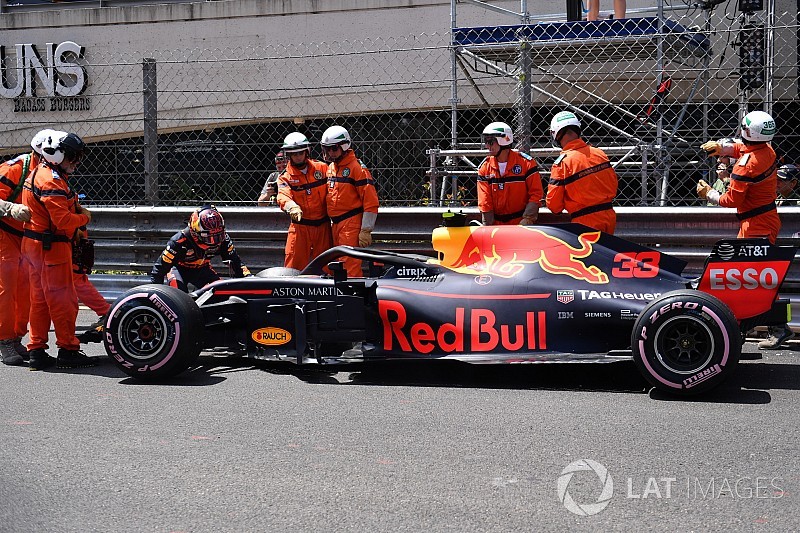 Daniel Ricciardo claimed his and Red Bull’s second win of the season in Monaco last weekend, despite suffering an MGU-K failure, but Verstappen was not in contention after a practice crash made him miss qualifying and start last.

It followed costly incidents in Bahrain, China and Azerbaijan, where he collided heavily with teammate Ricciardo.

“He needs to go away from this weekend and reflect on what could have been, what should have been, and apply that for the future,” said Horner. “I think he has a very good teacher in the car next door to him.

“Max has an abundance of talent. He's had some harsh lessons, obviously, this year and I think a modified approach will benefit him.

“I think what's frustrating is that he's working harder than ever. He feels fitter than ever and it feels like he's trying a bit too hard.

“When you get into a spiral you try harder. You have to hit the reset button.”

Verstappen recovered to ninth to salvage two points from what Horner described as a “very painful” weekend.

He is just sixth in the championship with 35 points, less than half the tally of Ricciardo in third.

“Giving away points and damage is expensive on two counts,” said Horner, whose team trails table-topper Mercedes by 71 points in the constructors’ contest.

“It's costing money to repair the car and you are giving away valuable points in the constructors' championship, and we should be right there with Mercedes and Ferrari.

“We have given away probably over 60-65 points this year.

“We need both drivers performing at an optimum to be able to fight with those two teams.”

Sky Sports F1 pundit and 2016 F1 world champion Nico Rosberg said Red Bull “have to be running out of patience”.

“I just hope that he’ll start to really think about it,” said Rosberg.

“He needs to change his approach, it’s too much and it’s costing him so much. I hope that he’ll learn. He has to.”

Verstappen’s FP3 crash at the Swimming Pool was identical to one he suffered in 2016.

He admitted that crash was because he was “too eager” but denied it was the same this year, and refuted a suggestion he is not patient enough.

Verstappen, who has sometimes responded negatively to suggestions he needs to change his driving, said he drove with caution in the race.

“I didn’t want to go too risky and have a crash,” he said. “I think I did everything with a certain margin.

“I know very well what went wrong and what needs to go better. In this instance [in Monaco] it’s ‘don’t touch the wall’.

“Of course, these are not nice moments to learn from. But sometimes you do need to have these.”