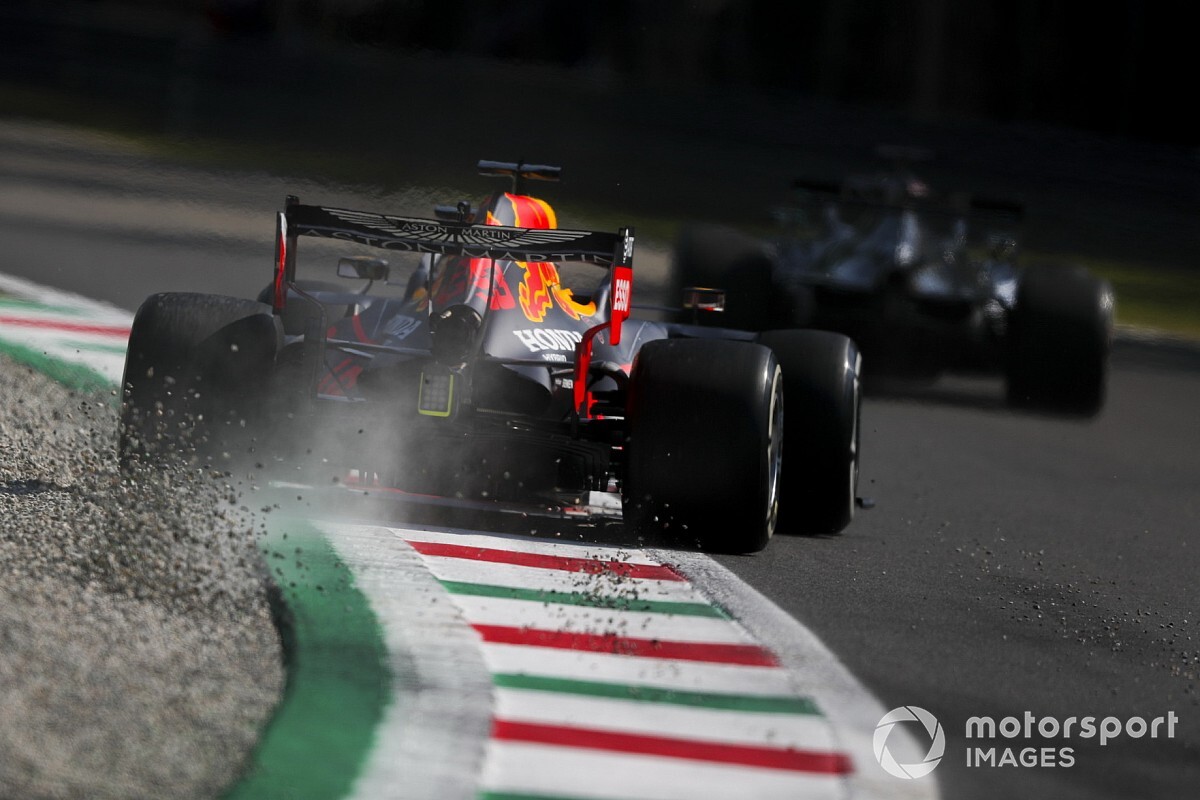 With F1 coming off the back of a boring Belgian Grand Prix that was not helped by it turning into a conversative one-stopper, a lot of the focus about the lack of excitement has been on tyres.

But Verstappen says that the impact of the huge levels of downforce being produced by the current generation of cars must not be ignored.

“The cars are super-fast nowadays, and you can't follow another car because of that,” explained the Red Bull driver, who followed home the two Mercedes cars in Belgium last weekend.

“I could follow Valtteri [Bottas] at let's say 1.2 or 1.3 seconds for a couple of laps. But you can't get any closer.

“In slow corners, you lose so much downforce that you don't have any grip at all. So basically all of those aspects play a role. And because of all these factors you get those boring races.”

Part of F1’s effort to make the sport more exciting is a rules revamp that is coming in for 2022. It will include a shift to cars that produce less downforce and are more reliant on ground effect – which should allows drivers to follow each other better.

For next year, the aero rules are changing slightly to trim back on some downforce in a bid to ensure that tyres do not get overstressed.

“They want to make some changes for next year already, losing a bit of downforce,” added Verstappen. “But the cars are just way too fast right now and actually too wide as well. That doesn't help either.”

Verstappen also says that he does not buy Mercedes expressing sympathy with fans who are turned off by them dominating races at the moment.

He reckons that what its drivers and team management say in public is very different from the real motivation they have every weekend.

“They just try to be polite, of course, but deep down they want to crush/destroy everyone,” added Verstappen. “That is what I would like to do as well.

“I would like to crush everyone and try to lap everyone during the race. But in the press you have to be politically correct sometimes and say 'it is a bit boring, isn't it?' What else should they say?”