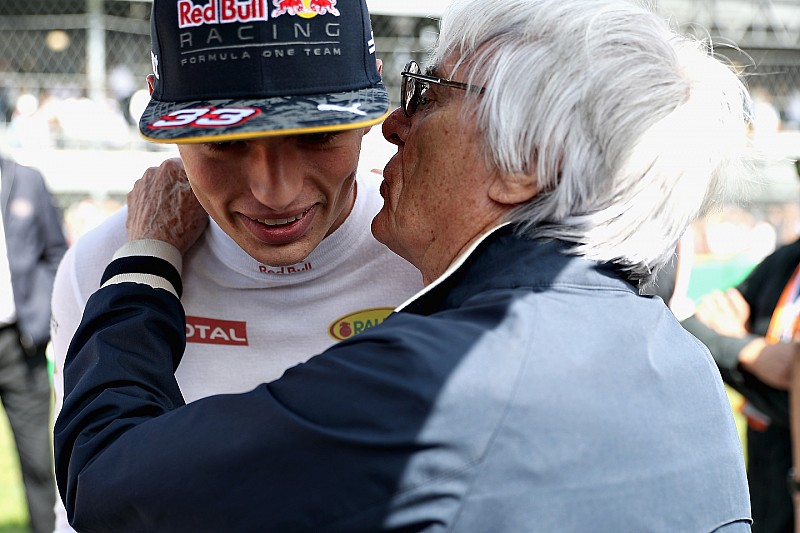 Max Verstappen says Formula 1 should spend this winter working on improving its rulebook for the 2017 season, so as to avoid what he claims were "double standards" at the Mexican Grand Prix.

The Red Bull driver remains unhappy that he was penalised for cutting the track after braking late for Turn 1 in the closing stages, while Mercedes rival Lewis Hamilton was allowed to get away with it on the opening lap.

He thinks the situation is ‘ridiculous’ - as he suggested that F1 had to move away from too many rules, insisting it was a turn-off for fans.

“The problem with these kind of rules is that they complicate the sport - for both the viewer and the stewards themselves,” wrote Verstappen in his regular column for sponsor Exact.

“That was evident at the Grand Prix of Mexico. Lewis Hamilton cut across the grass at the first corner and was not penalised. Fine, but after I did exactly the same in my fight with Sebastian Vettel, I got a five-second penalty and I lost my third place.

“That is a ridiculous situation. Lewis and I both miss our braking point, in exactly the same corner. Just like him I didn't have any advantage, because I went first into the corner and came out first again. That I am punished, but not Lewis, indicates that there are double standards.”

With only the Brazilian and Abu Dhabi Grands Prix to go, Verstappen thinks that the looming post-season break would be a good opportunity for the FIA to sit down and reconsider over-regulation in F1.

“The current season still has two races to go, and then maybe we can use the winter to put rules and regulations under the microscope to create more clarity,” he added.

“Rules are obviously needed and I will always respect them, but it is only fair if they are the same for everyone and are also applied that way."

Verstappen also said that he backed the FIA’s decision to hand Sebastian Vettel a penalty for moving under braking against Daniel Ricciardo in Mexico.

“Apparently he was expecting that I would just give him the position,” explained Verstappen about the closing stages of the race. “But I was not planning on doing that. I don't do presents.

"In his frustration Sebastian closed the door for Daniel Ricciardo by doing exactly that what is now banned by the Verstappen rule .

"It feels fair that Sebastian was punished for his actions in the end. But what is strange is that it was only looked at later, so Daniel did not enjoy his time on the podium.”