Max Verstappen is braced for a “more difficult” fight from the back of the grid in Sochi this weekend compared to 2018 thanks to Formula 1’s more competitive midfield.

Red Bull opted to fit Verstappen's car with an all-new power unit ahead of second practice for the Russian Grand Prix on Friday, triggering a penalty that will see him start from the back of the grid.

Verstappen was always set to take a grid drop at one of the remaining races this year, having lost one of his older engines in the crash with Lewis Hamilton at Silverstone.

Sochi is a track that typically allows for plenty of overtaking, and as a result has previously been somewhere teams have targeted to take an engine penalty.

Verstappen started the 2018 race from 19th place on the grid after a penalty before fighting his way back to fifth place in the end, only trailing the Mercedes and Ferrari cars.

But Verstappen was heard on team radio during FP2 in Sochi saying it was hard to overtake a Williams ahead of him on-track due to a lack of top speed.

Speaking after the session, Verstappen was unsure he would be able to fight through the order as easily as he did in 2018, citing the improved performance of the midfield teams.

"Of course in 2018 the gaps to the midfield were a bit bigger, so naturally I think it will be a bit more difficult to come through," Verstappen said. "We have to take the penalty anyway, and if we wouldn't have taken it here, we would have taken it somewhere else.

"We thought OK, now we'll decide to do it here, and we'll try to make the best of it in the race." 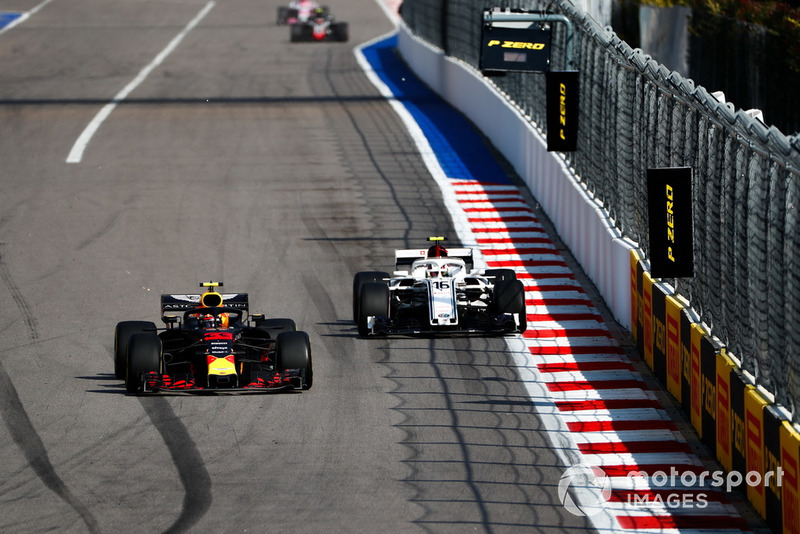 Verstappen was always due to take a three-place grid drop in Russia as punishment for the clash with Hamilton at Monza, with this now having no material impact thanks to the power unit penalty.

Heavy rain is also expected to impact Saturday's running in Sochi and potentially the race, which Verstappen said was also part of Red Bull's considerations.

"I said before that we'll take everything into account, also with the weather for tomorrow," Verstappen said. "We thought it would be best to take it here. We just try to make the best possible race car for this weekend, of course once we decided to take that engine.

"I hope of course it's going to work out, but tomorrow, let's first wait and see how the weather will be."