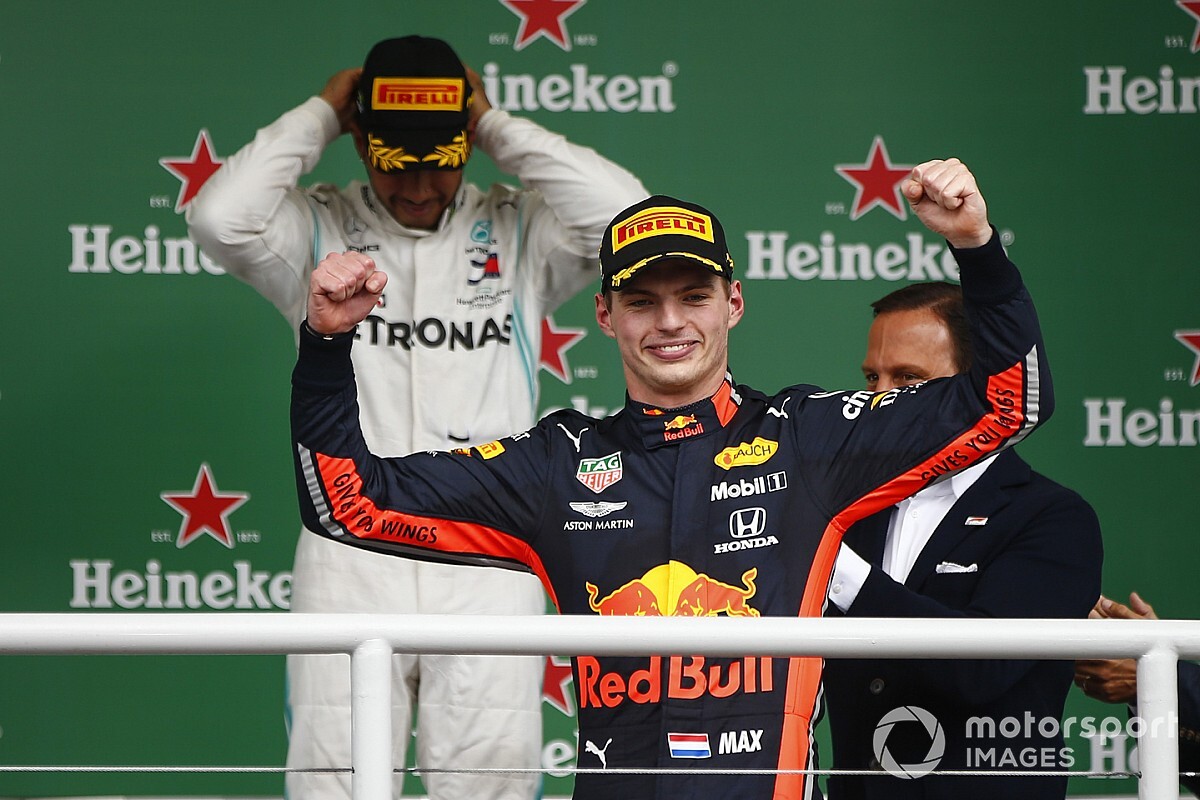 Red Bull Racing Formula 1 team boss Christian Horner says that 2019 was Max Verstappen's best season to date – and the statistics back him up.

Having finished fourth in the 2018 world championship with 249 points, Verstappen moved into the top three for the first time with third place, and he improved on his previous best total by 29, logging 278 points.

The Dutchman also won three grands prix in one season for the first time, having scored two victories in each of the previous two years, while he also took his first two pole positions, but lost a third to a yellow flag infringement.

"I think it's been Max's strongest year in F1," said Horner. "The three pole positions, albeit we only kept two of them, three victories. Nine podiums is a really impressive performance this year.

"I think the way Max has driven as well has been very, very positive."

Verstappen said it was no surprise that his form improved in his fifth full season in F1.

"I think overall, it's been a more consistent season and we had some good results," he said at the FIA gala.

"But also for me that is pretty natural thing where, just by experience, I think that just helps you to get to deliver more constant results."

Verstappen admitted that his victory in Austria was a significant turning point for both himself and the team.

"We were coming out of a few difficult races where we were just not competitive enough. But I think the whole weekend, it was very warm. I think we made the right compromise for the car for the race.

"Suddenly throughout the race I think the car came alive. From the weekend before where we're not competitive, we brought a few updates to the car and they seemed to be working a lot better.

"Still, I think was a bit unexpected. But I think for the whole team, it was a big confidence boost. And especially for Honda after their difficult years they had had at the beginning of when they came back into F1 so there was a bit of relief in there as well."

Verstappen downplayed the fact that he was clearly the senior driver in the team for the first time after Daniel Ricciardo left and was replaced first by Pierre Gasly and then by Alexander Albon.

"It didn't really make a lot of difference because I was giving the feedback I think was right. I didn't really change my approach. In a way, it's nice to say they all listen to you from the start. It's maybe a bit more focused on one car. I can really share my ideas, before it was always from two sides.

"That was a positive thing, but I didn't really change anything. For me it was just people talking about it more than I actually was changing anything."