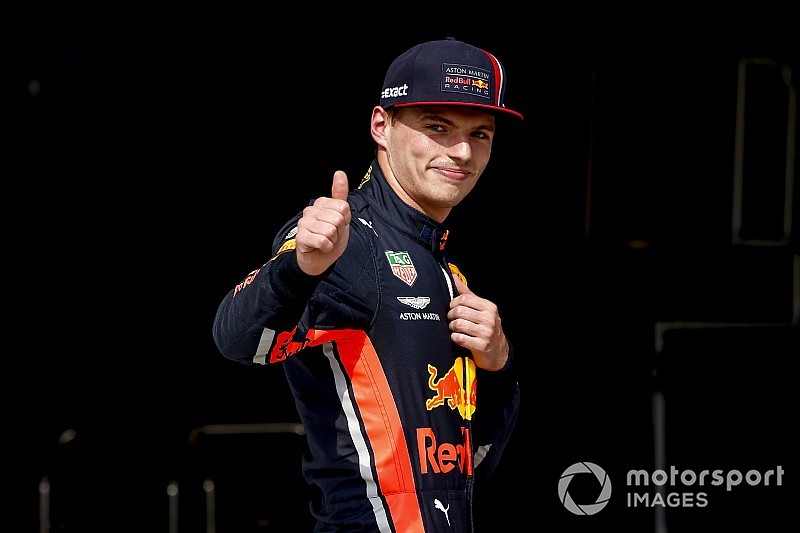 Mercedes' 2016 Formula 1 world champion Nico Rosberg has labelled Max Verstappen "the best driver out there" and outlined five reasons supporting that claim ahead of the Hungarian Grand Prix.

Red Bull driver Verstappen claimed his first pole in F1 at the 93rd attempt after beating Mercedes duo Valtteri Bottas and Lewis Hamilton in qualifying at the Hungaroring.

Rosberg has joined Verstappen's team boss Christian Horner in declaring the 21-year-old is even better than five-time world champion and points leader Hamilton on current form.

"At the moment Max Verstappen is the best F1 driver out there," Rosberg said in a post-qualifying analysis video on his YouTube channel. "Even slightly better than Lewis Hamilton, just recently overtaking him.

"He's been doing an unbelievable job."

Rosberg, who spent four seasons alongside Hamilton at Mercedes and beat the Briton to the 2016 title, said Verstappen's pole was down to an "epic piece of driving" from the Dutchman.

He believes Mercedes had the fastest car in qualifying but Verstappen produced two amazing laps, and Rosberg used the result to outline five reasons why Verstappen is the best driver on the F1 grid at the moment.

Rosberg also highlighted Verstappen's confidence and said he has a "narcissistic touch" but not in a negative way.

"All the greatest drivers had that," said Rosberg. "Schumacher had it, Senna had it. They all had that steely self-confidence which I unfortunately didn't have to that extent.
"I think he's got that in bucket loads."

Rosberg said Verstappen's response to the scrutiny he faced after high-profile errors in 2018 was an example of this self-belief.

"It gives you this resilience," Rosberg added. "There's so much pressure, so much going on, so many opinions and politics, and if you have that steely self-confidence it keeps you protected from that and keeps you focused, keeps your head clear."

Rosberg's third point was how well-suited the 2019 Red Bull is to Verstappen.

"The car matches him really well," said Rosberg. "They've engineered a car that fits perfectly to his driving. If you don't agree with that, take a look at today's qualifying lap: it's on absolute rails, it's unbelievable.

"That's a perfect match there."

Verstappen made his F1 debut as an 17-year-old in 2015, and despite only being 21 has the joint-eighth highest number of grand prix starts (92) of the current crop of drivers.

Rosberg believes that combination of youth and experience gives Verstappen "a combination that the sport has never seen".

He thinks that is why Verstappen is able to challenge Hamilton, who Rosberg said is "certainly already on a little bit of a decline in his natural human abilities" despite still being an "unbelievable weapon".

"The best age for racing drivers is 30, 31, 32 – and that's because your ability as you're getting older slightly decreases, but experience counts so much in this sport," said Rosberg.

"So experience will outdo the small decrease in your natural ability as a human as you get a bit older.

"But with Max, he has the absolute youth – bullet-speed reactions in his mind, absolute peak human body reaction times in his – and he also has the experience, because he's one of the most experienced drivers out there by now with four years under his belt.

"That makes for an unbelievably powerful combination."

"We see that in his fitness, in his gaming, keeping his reactions going, go-karting, working with the engineers," said Rosberg. "It's really powerful commitment."

Resta to rejoin Ferrari in senior technical role in November