Charles Leclerc and Max Verstappen reckon George Russell "deserves" a move up the Formula 1 grid, as speculation continues to mount about the Briton's chances of a 2022 Mercedes promotion.

Russell and Valtteri Bottas remained tight-lipped over the decision regarding which of them will race alongside Lewis Hamilton at Mercedes next year as the F1 paddock reconvened after the summer break with the pre-event media day for this weekend's Belgian Grand Prix.

When Leclerc and Verstappen appeared together for their part of the joint press conference at Spa on Thursday, the pair were asked if they thought Russell – who raced alongside Leclerc in European Formula 3 in 2015, with Verstappen a karting rival before their respective single seater careers took off – is worthy of joining the 'Class A' battle at the front of the F1 field.

Ferrari driver Leclerc replied: "I think it's great if George gets that seat because he deserves it.

"But I mean, he's consistently there and showing good things, and also in the past I've raced with him and I know how strong George is.

"So, he definitely deserves that spot and I think it will be great to have such a talented driver in that seat."

Verstappen said, "for sure George is very quick" and added "he can't stay where he is forever".

"He deserves more," continued the Red Bull racer. "But at the end of the day, it's up to Mercedes to make the call. Not really from my side.

"But, for sure, I rate him very high as a driver and he is of course very young as well so it's natural that the younger guys at one point move up – and especially the good drivers." 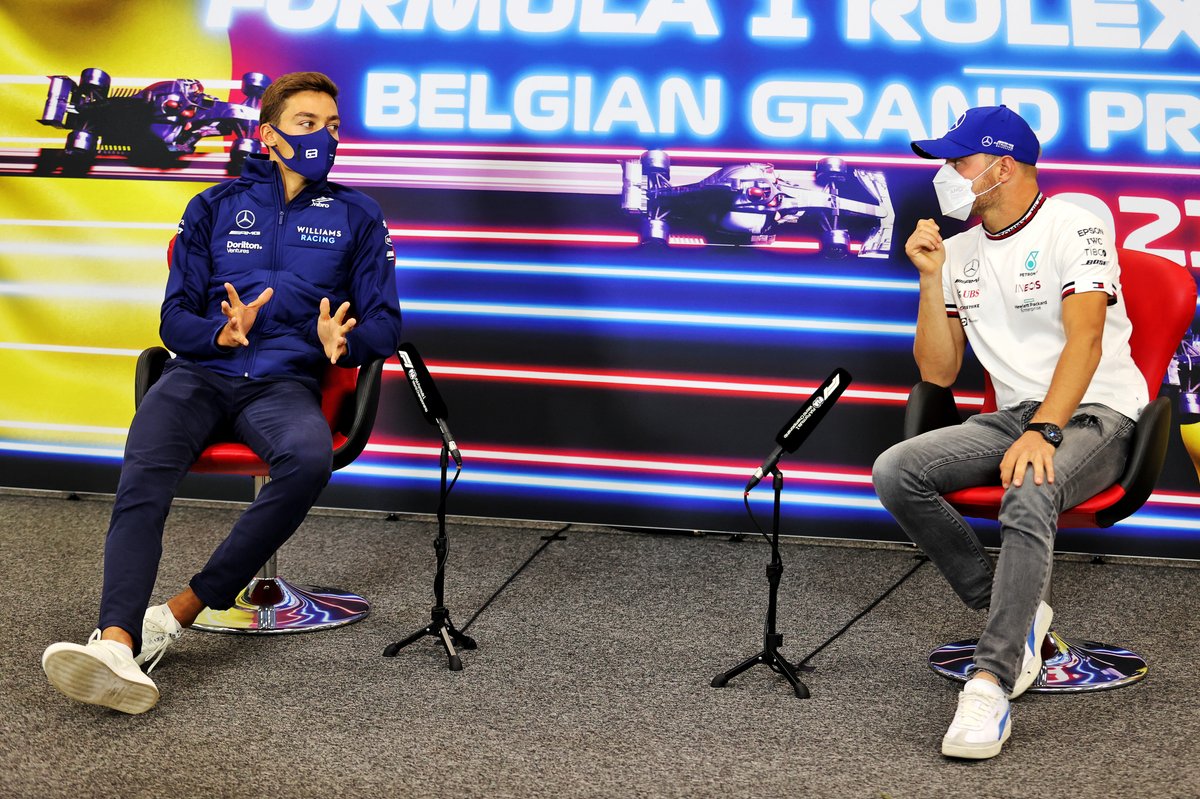 In his session sat alongside Bottas at Spa, Russell explained that if he did get the chance to join Mercedes for 2022 he would relish the chance to measure his driving talents against Hamilton, who he called "probably the greatest of all time" in F1 history.

"Obviously, as any driver, they want to go against the best," said Russell. "So, you want to put yourself against [such a driver] and see how you fare.

"It will be probably an honour for anybody to get that opportunity. It's obviously all hypothetical at the moment.

"The same comments as I've said three years ago [before joining F1 from Formula 2 still apply] – if I could choose to race against anybody as my teammate, Lewis would be the one."