Max Verstappen believes Mercedes’ recent action against Red Bull shows the team’s “true nature” as the Formula 1 stewards consider whether to re-open the case into his Brazil move.

Red Bull and Mercedes have locked horns on a number of occasions this year amid their title battle, with the latest incidents flaring up last weekend at Interlagos.

Lewis Hamilton was thrown out of qualifying due to a DRS technical breach, but fought back to score victory on Sunday after a tense battle with Verstappen for the lead.

Verstappen appeared to run Hamilton wide at Turn 4 trying to defend his position, but the stewards opted against investigating or issuing any penalty - a decision Mercedes F1 chief Toto Wolff called “laughable”. He later said that “diplomacy has ended”.

After footage from the onboard camera on Verstappen’s car emerged on Tuesday, Mercedes requested a right of review of the incident, with a hearing taking place on Thursday evening. A decision is expected from the stewards on Friday morning.

Speaking to the Dutch media ahead of this weekend’s Qatar Grand Prix, Verstappen was asked if he thought Mercedes was being aggressive towards Red Bull lately and if the team was going too far.

“Then of course, you can see their true nature coming out,” Verstappen said.

“It's not my team, of course, so I don't have to deal with that. But that’s when you show your true colours and show who you really are.

“I think it's important for us to just concentrate on ourselves and stay focused, like we always have been doing.

“So that's what we will do for the next races as well.” 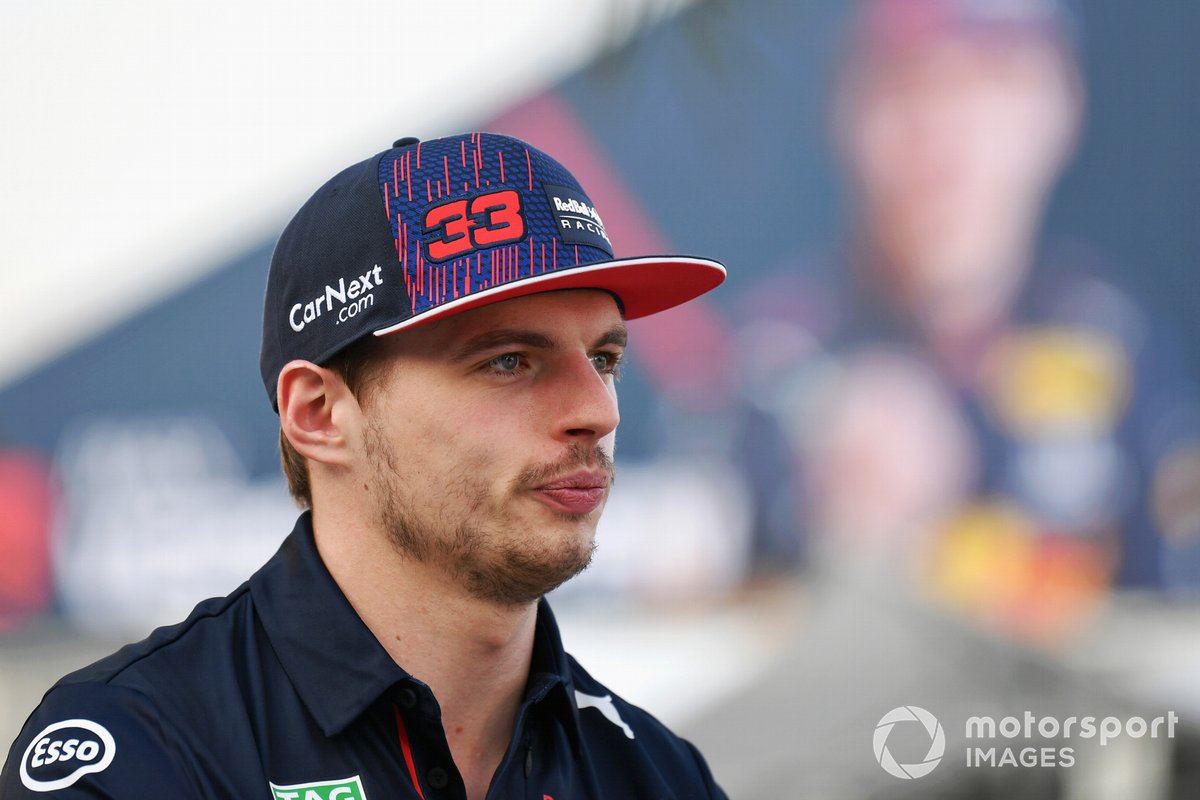 Verstappen had said earlier in the day that he was “not surprised” by Mercedes’ decision to take matters further and pursue a right of review as tensions between the title rivals continue to grow.

Verstappen leads Hamilton by 14 points at the top of the drivers’ championship with three races remaining, while Mercedes sits 11 points clear of Red Bull in the constructors’ standings.

Hamilton’s charge to victory in Brazil was aided by a fresh engine that he took ahead of the race weekend, incurring a five-place grid penalty after his charge from 20th to fifth in the sprint race.

It meant Hamilton started Sunday’s grand prix from 10th place on the grid, but he was able to display an impressive straight-line speed throughout the weekend, sparking intrigue from Red Bull over Mercedes’ rear wing design.

Asked by Motorsport.com for his thoughts on the power unit penalties and that it was only a five-place penalty for added engine changes after the first, Verstappen felt it was “something that needs to be looked at”.

“The first time it's 10 places back and after that it’s five, and I find that a bit illogical,” Verstappen said.

“If you keep taking engine penalties, I think it should just stay the same [number of grid places], because you're going over the same limit all the time.

“Yes, that's something that could be looked at, because in Brazil, you clearly saw that the rest of the teams didn't have a chance to do anything against us [Red Bull and Mercedes].

“So a penalty like that [five places] is not really that big of a deal.”