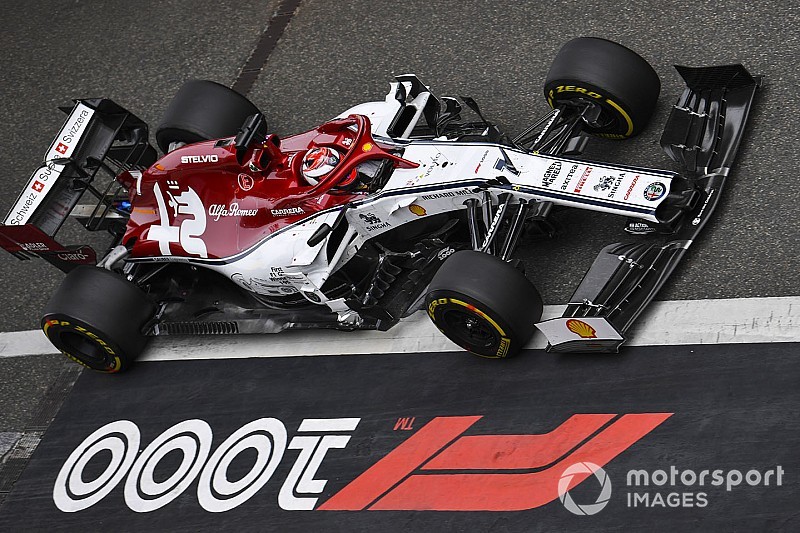 Alfa Romeo Formula 1 team boss Frederic Vasseur admits that he had his fingers crossed during the Chinese GP due to concerns over the reliability of the Ferrari power unit in Kimi Raikkonen's car.

Unlike rivals Haas, the Hinwil team had chosen not to take the new spec of control electronics offered by Ferrari after the problem suffered by Charles Leclerc during the Bahrain GP, and opted to stick with the first version.

On Saturday, Antonio Giovinazzi's qualifying session was ruined by a recurrence of the issue suffered by Leclerc, and the Italian was given a fresh example of the old spec for the race.

However, Raikkonen stuck with his original unit, and inevitably there was a risk that he too would have problems.

In the event, the Finn enjoyed a successful charge from 13th on the grid to ninth, logging points for the third race in a row after an aggressive drive.

"I had my fingers crossed on the pit wall," Vasseur told Motorsport.com. "It was not easy to push on the buttons! I think overall it was a good Sunday for us, we had a good recovery compared to yesterday.

Vasseur says that Raikkonen, who was frustrated to lose some performance in the closing stages while chasing the cars ahead, continues to impress the team.

"He's scoring points, even when he's starting 13th. He was a bit upset not to be able to catch Ricciardo and Perez at the end, which is a good sign!

"The pace was there, and I think we were even able to catch Ricciardo and Perez, but we had some small damage 10 laps before the end on the front. We also lost temperature in the front tyres, mainly due to the fact that we lost downforce."

How Ferrari's key weaknesses were exposed in China