Frederic Vasseur was left with mixed feelings over Alfa Romeo’s Formula 1 season in 2021, calling it “good on performance” but “bad on results”.

Following a difficult 2020 that saw Alfa Romeo struggle with its underperforming Ferrari power unit, the team appeared to take a step towards the other midfield teams last year, improving its points tally from 8 to 13 with drivers Kimi Raikkonen and Antonio Giovinazzi.

But the team would drop from eighth to ninth place in the F1 constructors' championship as Williams enjoyed its best season for four years, capitalising on hectic races in Hungary and Belgium to pick up the bulk of its points.

Reflecting on the team's 2021 season, Alfa Romeo team principal Vasseur conceded that he was left with a "very strange feeling" as the step in performance had not been rewarded with improved results.

"But on the other hand, we missed the good opportunities of the year. In Budapest, we were involved in the crash, and in Spa.

"We had some missed opportunities on our side. In Bahrain I think, we had the issue during the pit stop, or at Imola when Kimi spun on the formation lap, that cost us - [it's] two points there, four points there.

"It's a strange feeling, because at the end, your only KPI that makes sense is the points. It doesn't matter to be faster if you're not scoring points." 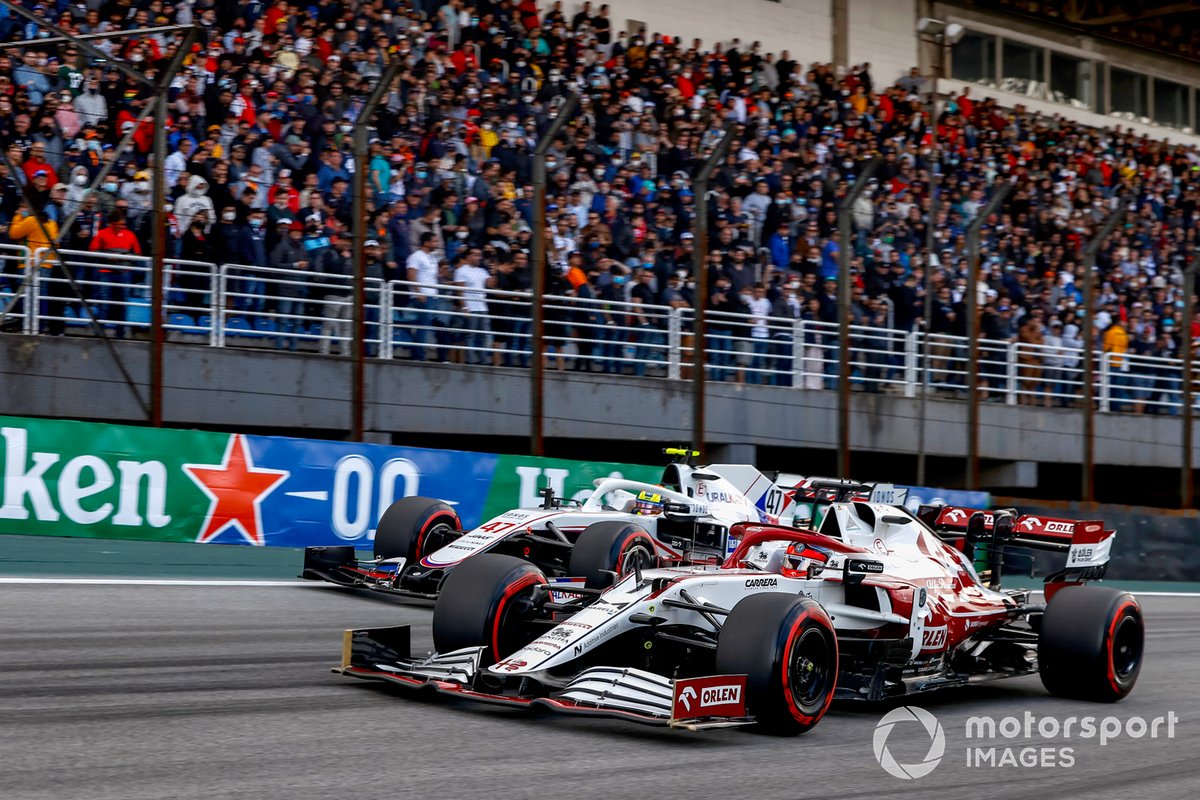 Vasseur acknowledged that the scenario was a source of frustration for Alfa Romeo looking back on its season, but he felt that its form had taken a bit of a dip in the summer - coinciding with Williams' strongest races – before rebounding late in the year.

"During the season, it was really up and down," he said.

"We had probably a good start, until Monaco or something like this. And then we had a tough period in the summer - perhaps that we were on vacation, I don't know! And then it came back in the last part of the year.

"Again, it's very difficult to analyse because if you have a look on the classification, OK, it's clear.

"But if you look on pure performance, it's sometimes a matter of one-tenth completely changing the picture. [In Saudi Arabia] we reached Q3, but we were one tenth to go in Q1 and be out in Q1. When you are trying to have a look on the season, we have to be careful on this.

"Overall if I have to rate this season, I would say good on performance and bad on results."

Alfa Romeo will field an all-new driver line-up in 2022 as Valtteri Bottas joins from Mercedes along with F2 graduate Guanyu Zhou, replacing Raikkonen and Giovinazzi.