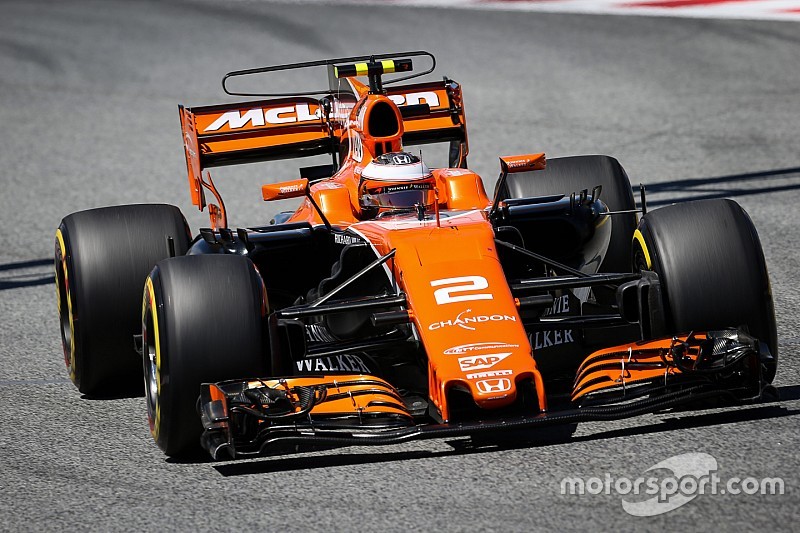 After detecting a sensor issue on Sunday morning, the Japanese manufacturer changed the energy store and control electronics ahead of the race.

That comes just a day after Honda changed those same two components ahead of qualifying at Barcelona.

The latest change takes him to his fifth of use of each of the two elements, exceeding his permitted allocation of four, which triggers a 10-place penalty.

Vandoorne, who had qualified 19th, drops to the back of the grid and comes on a mixed weekend for Honda.

The engine supplier's hopes of progress suffered a fresh setback in practice when Fernando Alonso stopped with an engine failure on his out-lap.

But it received a boost when Saturday went relatively smoothly, with the Spaniard reaching Q3 for the first time in 2017 and securing seventh on the grid.

Vandoorne confident he can get on Alonso's pace

McLaren chassis could be third-best in F1 - Alonso