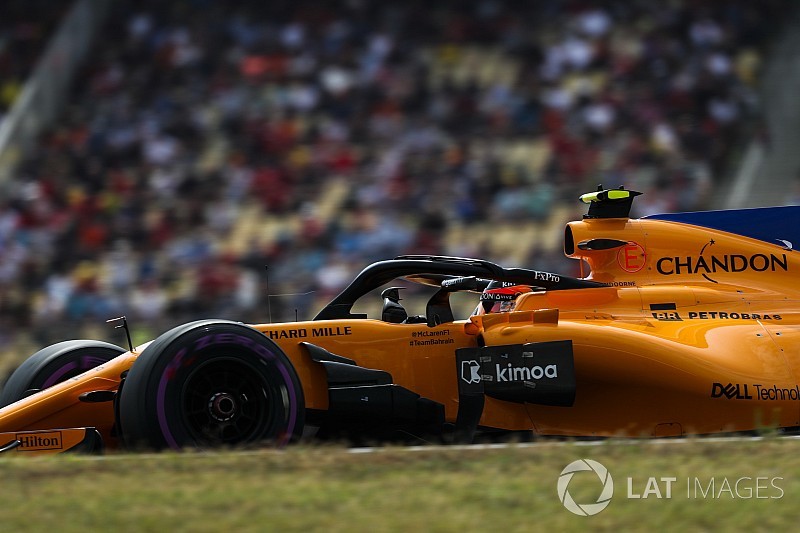 McLaren has changed Stoffel Vandoorne's chassis ahead of the Hungarian Grand Prix, but the Belgian says the team is yet to figure out the problem that wrecked his two previous Formula 1 weekends.

Vandoorne struggled badly in the Silverstone and Hockenheim events, lapping substantially slower than Fernando Alonso and placing near the bottom or dead last in every representative session.

Alonso backed his teammate last weekend at the German GP, confirming there was "less downforce" on the sister MCL33 – and after a raft of changes at Hockenheim failed to pay off, McLaren has now provided Vandoorne with a replacement chassis for the Hungaroring round.

"We have swapped the chassis, yes," Vandoorne confirmed. "It's not a brand new one, it's one we've used before but that's not a problem at all.

"I was pushing the team for it. Obviously what we did over the past couple of races, we started to change a lot of parts and there came a point where we nearly did everything we could and that [the chassis] was one of the last pieces remaining.

"It's not easy for the team to do that, especially when it's a back-to-back race. But they've managed it."

Vandoorne says McLaren is yet to determine the exact cause of the issue, and concedes the team can't be certain that it was "chassis-related" until the car hits the track on Friday.

"There's not specific area we can say 'okay, that's what caused it'," he said. "I think tomorrow we have a couple of tests in place across the cars to further understand.

"Hopefully tomorrow we can spot nothing because that means the two cars are going to be good.

"They saw already from Silverstone that there was something going on but it was hard to tell that it is a chassis-related issue.

"At the moment we haven't driven the car yet, so we don't know yet. But we've kind of done everything now to remove the doubt."

Asked whether the issue, which he felt from "the first lap in Silverstone", had initially caused him to question himself, Vandoorne said: "You start thinking about everything - but at some point there were sessions where I couldn't even match one corner to Fernando anymore.

"And then you know, if you can't even match one corner, you know there is a problem on the car."

Commending his team for "taking a lot of effort to resolve the issue", the Belgian said he was looking forward to a normal outing after two arduous grands prix.

"Hopefully we can start the weekend here from zero without any problems and just actually have a normal weekend again.

"That would be a nice feeling."