Vandoorne aware 2016 F1 drive not a given 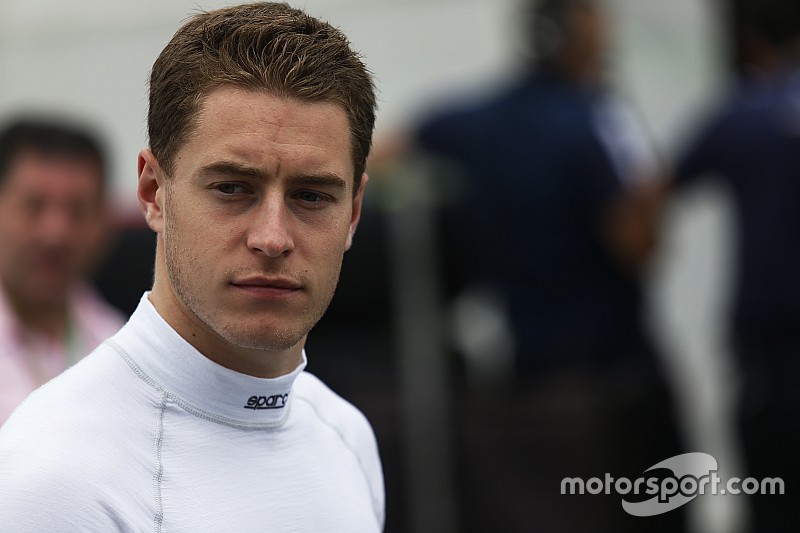 Stoffel Vandoorne says he is aware that winning this year's GP2 series crown may not guarantee him a seat in Formula 1 next season.

Vandoorne is a part of McLaren's extensive line-up of junior drivers, but a move to the British squad would not be straightforward.

McLaren has Jenson Button and Fernando Alonso as racing drivers, and Kevin Magnussen as reserve.

Vandoorne concedes even dominating GP2 may not prove enough to secure an F1 seat.

"It has always been a very competitive sport, always been drivers that have done well and not got to F1," said Vandoorne during a phone-in on Wednesday.

"We know it is a very competitive sport at the moment, and even if I win the championship this year there is no guarantee that I will be in F1 next year.

"I am certainly trying my best and pushing really hard for it, and I really hope to be there next year.

"There is not much more I can do at the moment. I am trying to the best as possible every race, every qualifying, every practice - every time I get in the car.

"That is ultimately what puts me in the best position for the future."

The 23-year-old has no doubts, however, that he is ready to step up to Formula 1 if he is given the chance.

"Definitely. I feel ready," he said. "I tested an F1 car last year with McLaren and that went very well. I'm now in my second season in GP2 and it's going very well as well.

"I drove the car in Austria and that was very smooth - unfortunately it rained in the morning and we lost some track time, but the afternoon was a very decent session without any troubles, so yes I do feel ready.

Vandoorne insisted winning the GP2 title remains his main focus at the moment.

"I've said many times that my focus still lies on GP2 at the moment, because that's the place I can prove myself at the moment. Its most important for me to win that championship," he said.

"At the moment it's been going really well, I'm leading it by a good margin now. But it is still a long way to go, still six races left, so anything can happen. So still a bit early to know anything about my future at the moment."

He added: "At the moment I'm not really focusing on not being in F1. I think that would be the wrong focus at the moment. The main focus is still GP2, try to win that.

"I do have quite a lot of talks with Eric and Ron about my future, but it is still too early to know what opportunities are available.

Sainz retirement not a Renault fault