Vandoorne feels his race was sacrificed for Alonso 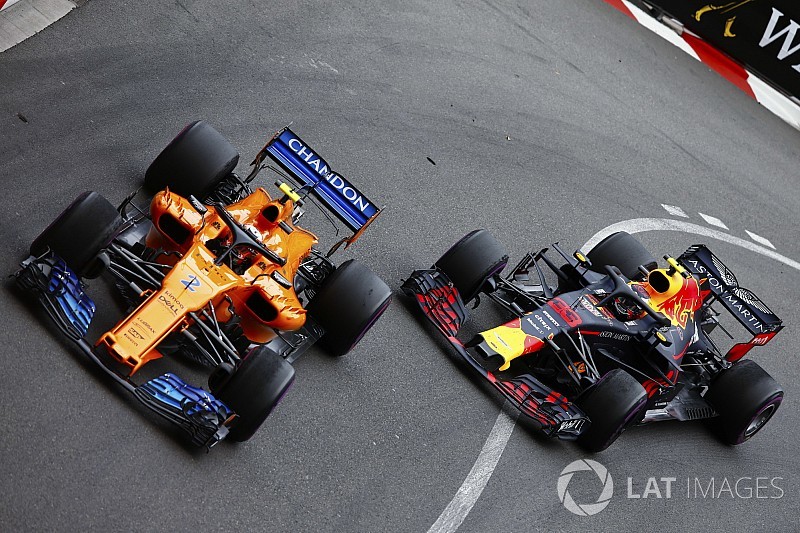 The Belgian was lapping just outside the top 10 after starting the race on the ultrasoft tyres, running close behind Renault's Nico Hulkenberg – who would go on to finish eighth – and ahead of the charging Max Verstappen as well as the likes of Charles Leclerc, Brendon Hartley, Marcus Ericsson and Kevin Magnussen.

The latter four drivers all pitted between laps 13 and 17, but Vandoorne stayed out, dropping back from Hulkenberg but keeping Verstappen at bay.

The Belgian would only pit on lap 20, a lap after Alonso – who had been running well up the road and, after stopping, rejoined the track in clean air right ahead of Vandoorne and Verstappen.

Asked after the race if he felt his Monaco GP was sacrificed to maximise Alonso's result, Vandoorne said: “I felt [that way], definitely. I think we should have pitted five laps earlier.

“Fernando came just ahead and we just pitted that lap when the damage was done already. Disappointing.”

Vandoorne then lost more time with a delay on the stop itself, and emerged already behind Leclerc, Hartley, Ericsson and Magnussen.

“I don’t know what happened but the green light just wasn’t coming,” he said of the pit delay. “We lost a few seconds there.”

The Belgian went on to finish a lap down in 14th place, while Alonso retired with a gearbox failure while running seventh.

Vandoorne said it was “very unfortunate” to miss out on the points, and lamented failing to match Hulkenberg's strategy of going long on the ultrasofts in the opening stint.

“We were on the same strategy as Nico and we should have finished right behind or even in front of him,” he reckoned.

“We had some pace in the end on the supersoft tyres. That pace was good but Monaco is Monaco. We know overtaking is so hard around here.”

F1 Debrief: All you need to know from the Monaco GP