Van der Garde looking to return to action in 2016

Giedo van der Garde may have won a lawsuit against Sauber, but lost out on a year's worth of racing. Now the Dutchman is planning a return, as he tells Tim Biesbrouck. 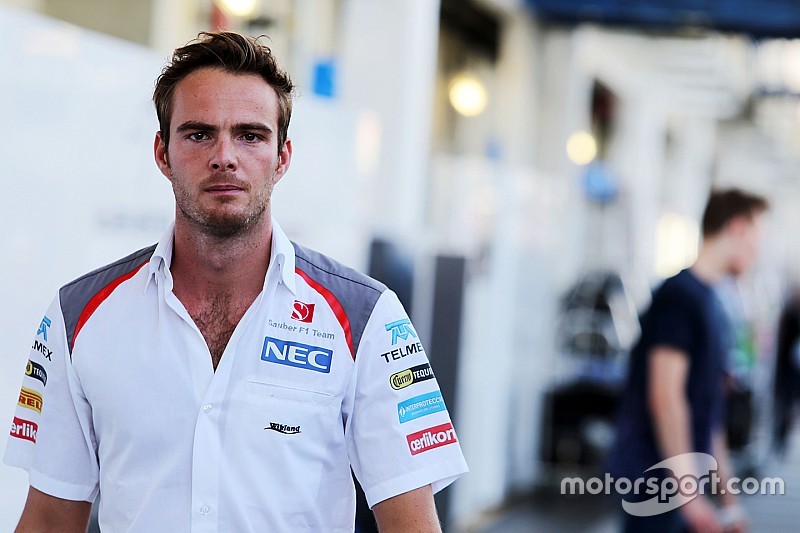 2015 has gone down as the most troubled year of van der Garde's career. He was contracted to race for the Sauber F1 team, but when it came to the crunch, the Swiss outfit decided otherwise.

Van der Garde took legal action against his former employer and won the lawsuit, but this proved scant comfort as it was too late to find another race seat in a top level championship, let alone Formula 1.

It marked the end of his F1 career and forced van der Garde to take a sabbatical season and, looking back to that decision, he’s happy that he made that choice.

“You can always quickly decide to race for a less competitive team and have a frustrating time, so taking a sabbatical seemed the right choice to clear my head,” van der Garde told Motorsport.com.

The 30-year-old race car driver has been out of business for more than six months, but that doesn't mean he has been sitting on his sofa.

Instead, he has been spotted behind the wheel on several occasions.

“I have been testing some cars this summer, so that have kept me busy,” he admitted, reflecting on a recent – more public - test at Jerez, where he tried out the Renault Sport RS01 for Dutch team Equipe Verschuur.

“It’s a nice car to drive. But after having competed at the pinnacle of motorsport, then something else is easy to drive with. But I’d have to say that for a car with a roof it was quite a powerful car."

Van der Garde had previously received positive references from countryman Steijn Schothorst, who was a regular competitor in the series.

“The car has a lot of downforce and also the performance and reliability seemed fine," van der Garde said after setting the day's second-best time.

"It’s a pretty easy car to drive as it has ABS and traction control, but the purpose of this test was to stay sharp, not because I’m planning to compete in this championship.”

The Renault test seemed to function as a sort of ‘warm-up’ for more serious tests yet to come. “I’m also going to test something else, but I can’t say anything about that yet," he added.

As a race car driver, van der Garde lives to race, and competing in a major championship next season remains his goal.

"That would be good for motorsports in the Netherlands," he said. "Hopefully I’m able to sign a contract soon and to focus on a new challenge.

"I’m motivated and I’m following an extensive training programme too. So let the new season begin."