US GP: Latest F1 tech updates, straight from the pitlane 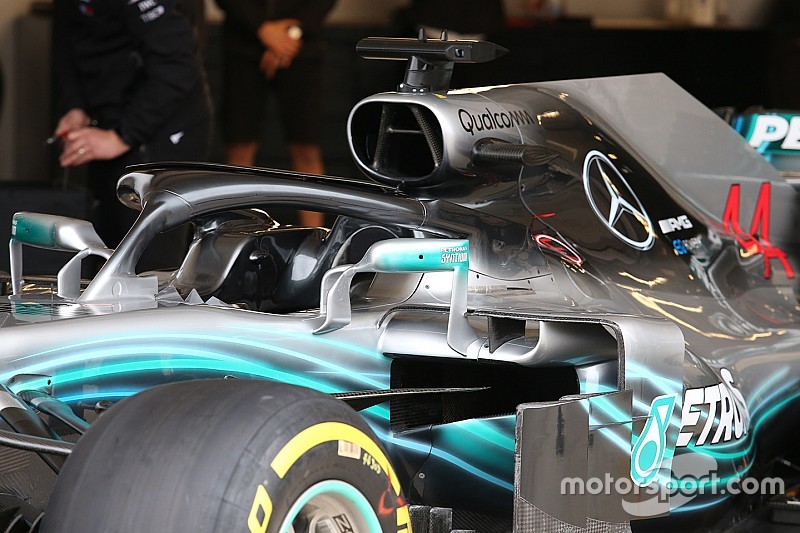 Giorgio Piola and Sutton Images bring you the Formula 1 technical updates on show in the Austin pitlane at the US GP, giving insight into the relentless development undertaken by the teams in pursuit of more performance. 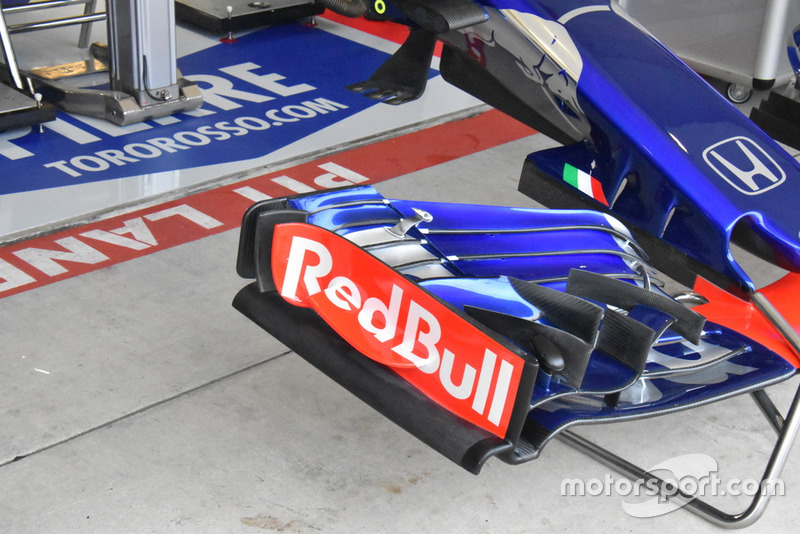 Toro Rosso's new front wing features a revised endplate, with an additional vertical flap at the rear, whilst the flapped region has been altered too, in order that the inner adjustable section is narrower. 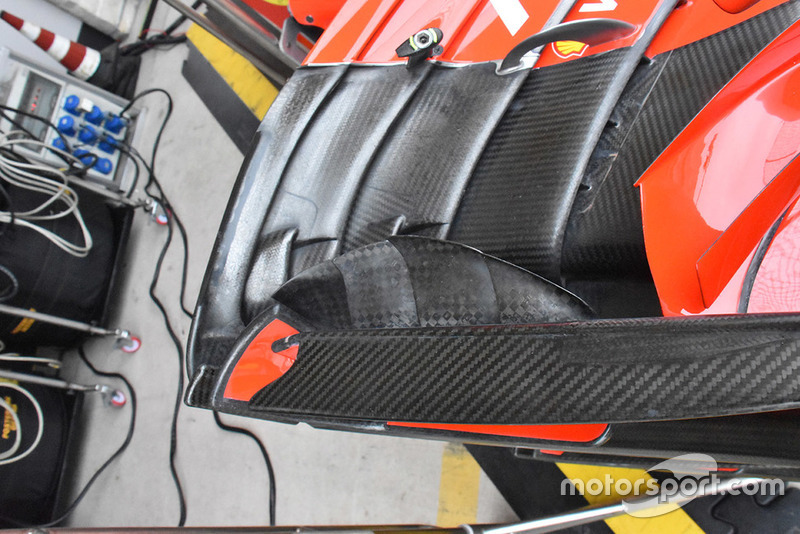 Ferrari has made further changes to its front wing design first introduced at the Russian GP, with the inner endplate canards now numbering four elements, rather than three 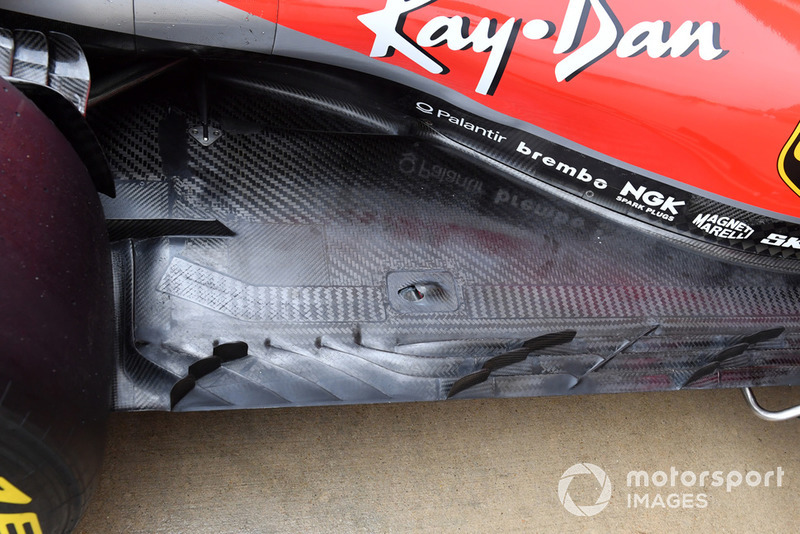 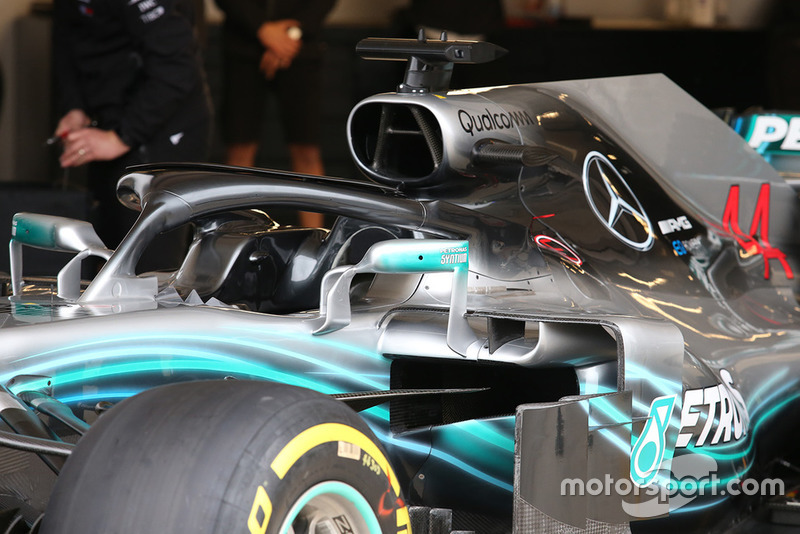 The Mercedes W09 sporting several winglets atop their halo fairing at the US GP. Having installed them in Singapore they never actually ran in that configuration in race conditions. 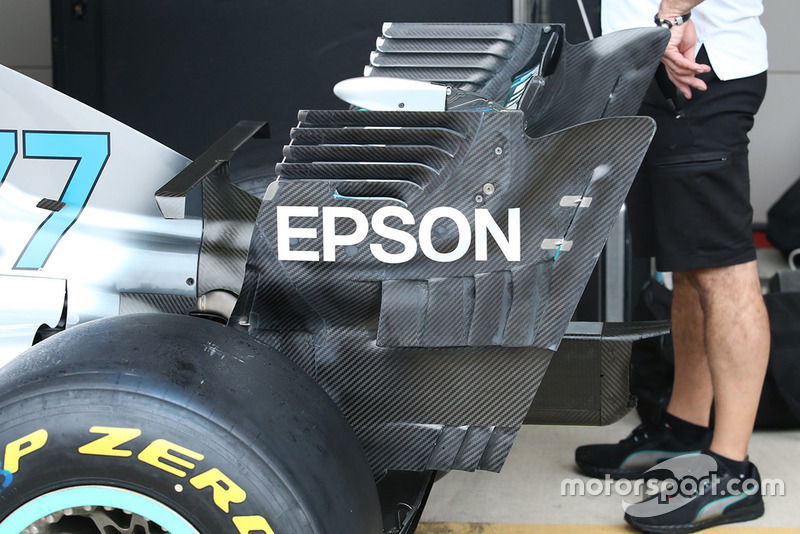 Mercedes with the high-downforce rear wing used to devastating effect in Singapore, the design of which features numerous strakes and is discerned from the other similar high downforce specification by the elongated slot at the rear of the endplate. 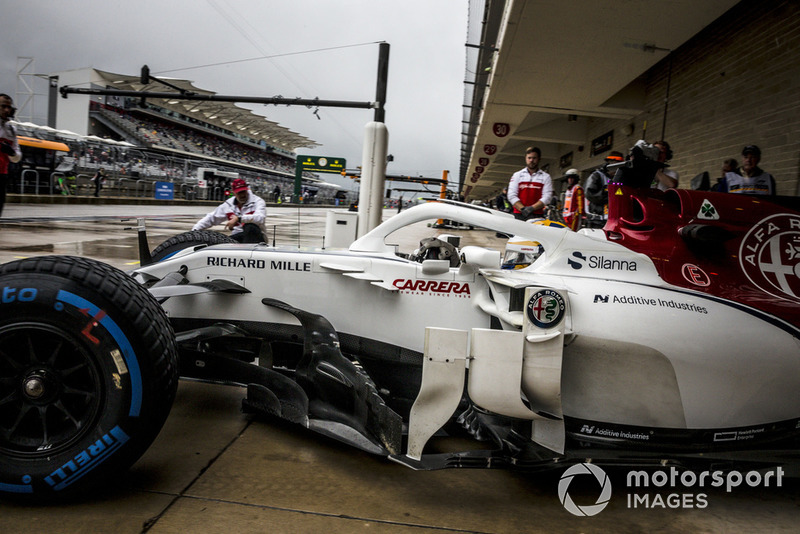 A look at the bargeboard and sidepod deflectors on the Sauber C37 as it rolls out into the pitlane. The team have heavily modified this area of the car throughout 2018. 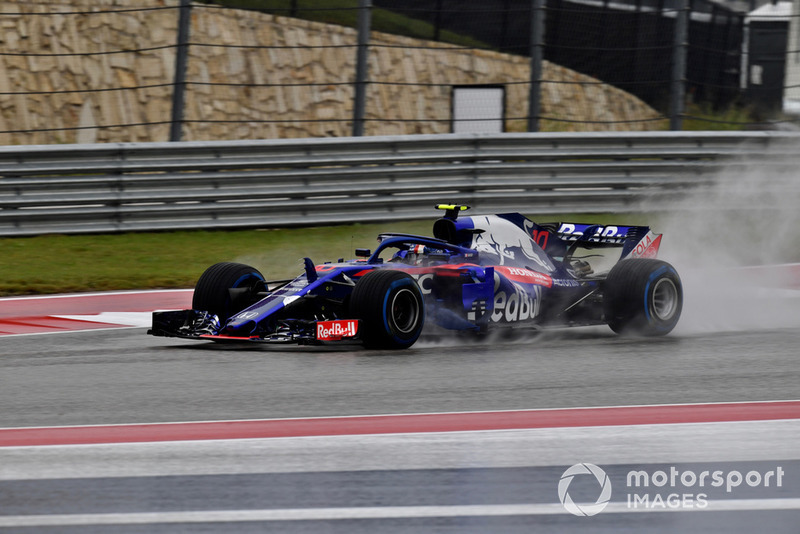 Pierre Gasly at the wheel of the STR13 which has several modifications this weekend, note the new sidepod deflectors, which draw inspiration from Ferrari. 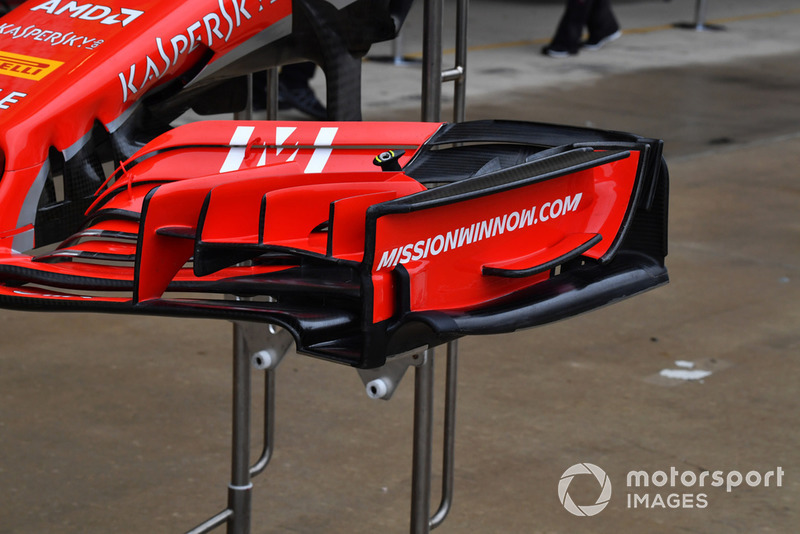 A close-up of Ferrari's newest specification front wing, which features a raised footplate and slotted endplate. 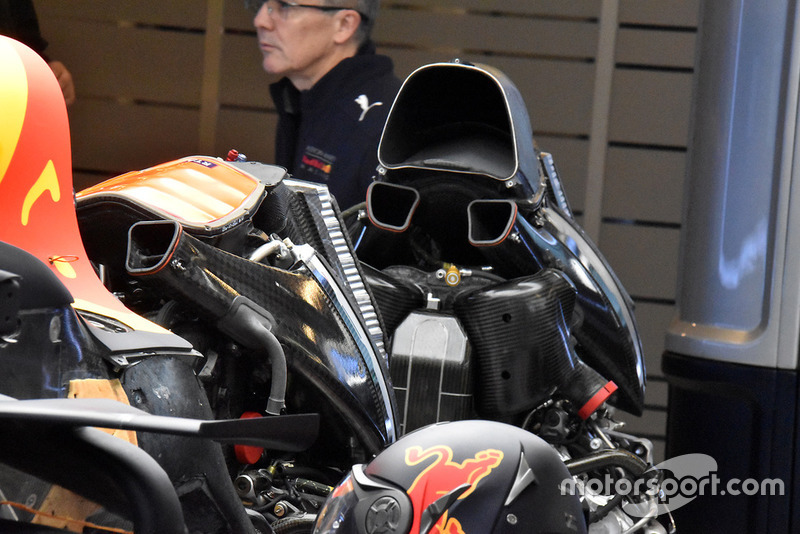 A power unit change by Red Bull exposes some of the detail of the Renault power unit and the ancillary ducting used to cool it. 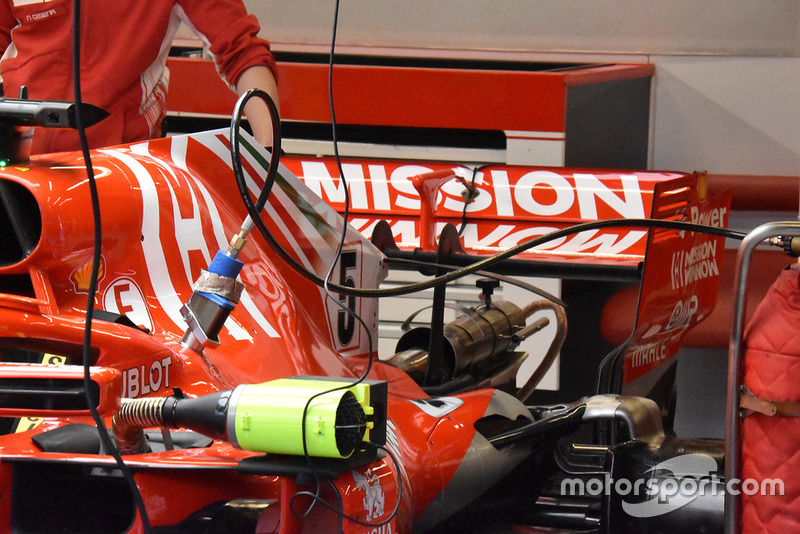 A relatively high-downforce rear wing configuration was tested by Ferrari in practice. 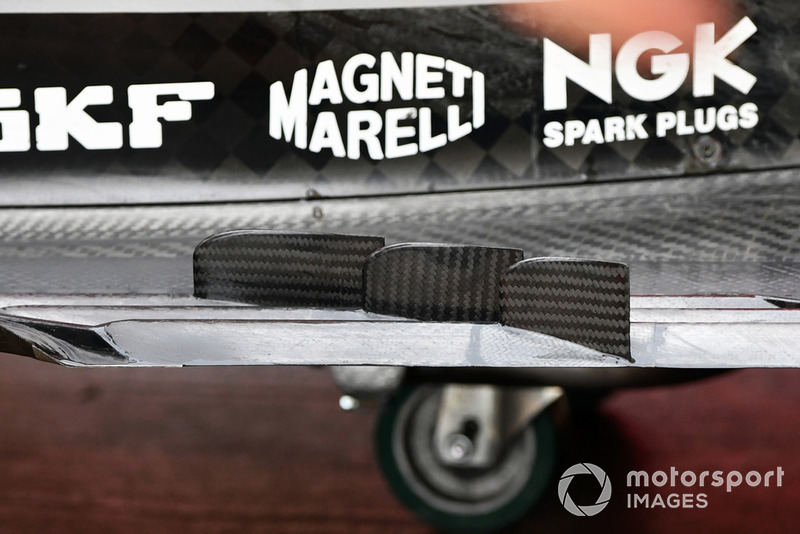 An extreme close-up of one of the rows of fins added to the edge of the SF71-H's floor. 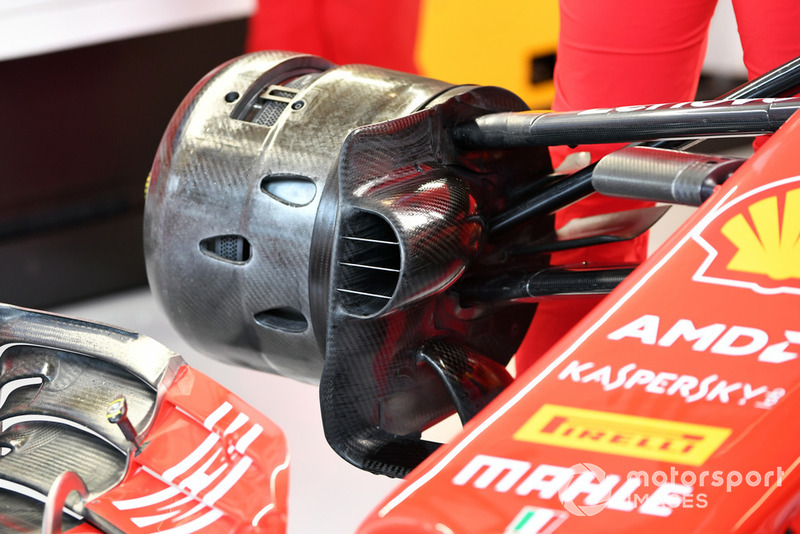 A glimpse of the right hand front brake duct of the Ferrari SF71-H without the wheel on shows that the team are utilising the drum configuration that has three teardrop shaped outlets stamped in it, in order to release heat generated under braking. 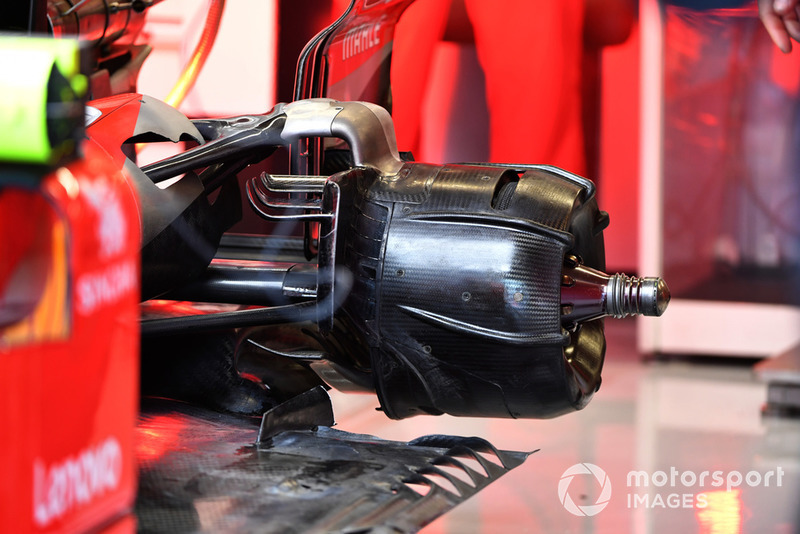 A look at the rear brake drum of the Ferrari SF71-H shows how strakes are used to control the direction of airflow between it and the wheel rims surface. 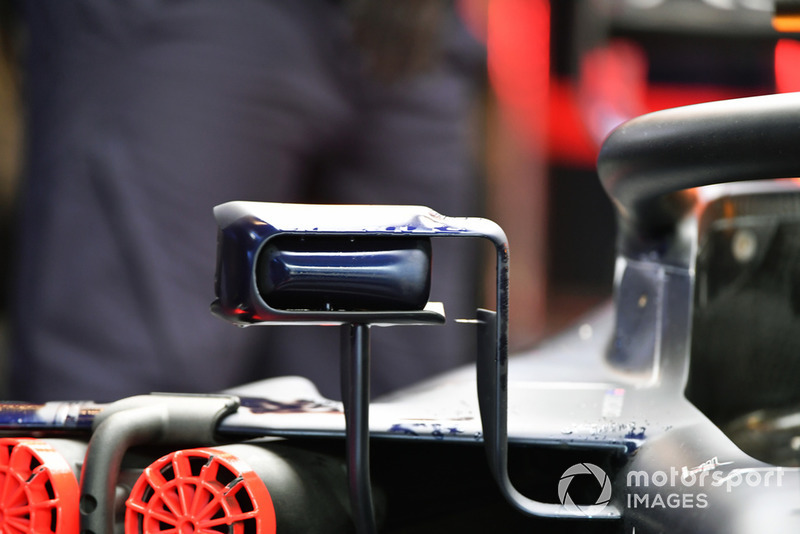 A close-up of Red Bull's wing mirrors which took Ferrari's two-piece concept to a different level in terms of complexity.