Join us as we delve into the latest technical developments from the United States Grand Prix at the Circuit of the Americas, courtesy of Giorgio Piola and Sutton Images. 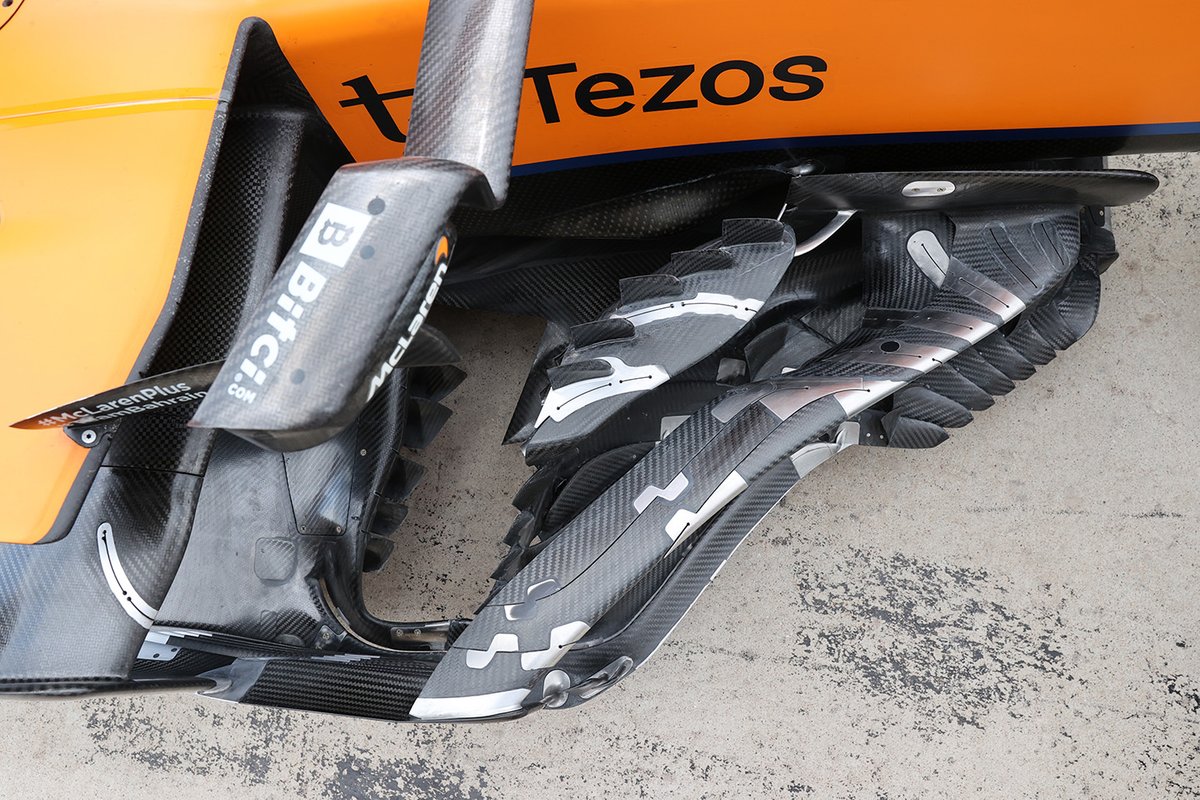 1/21
A top-down overview of the McLaren MCL35M’s bargeboard cluster shows how it has numerous slots in the surfaces in order they mirror one another and maintain legality. Also note the use of metal inserts to help retain the integrity of the assembly. 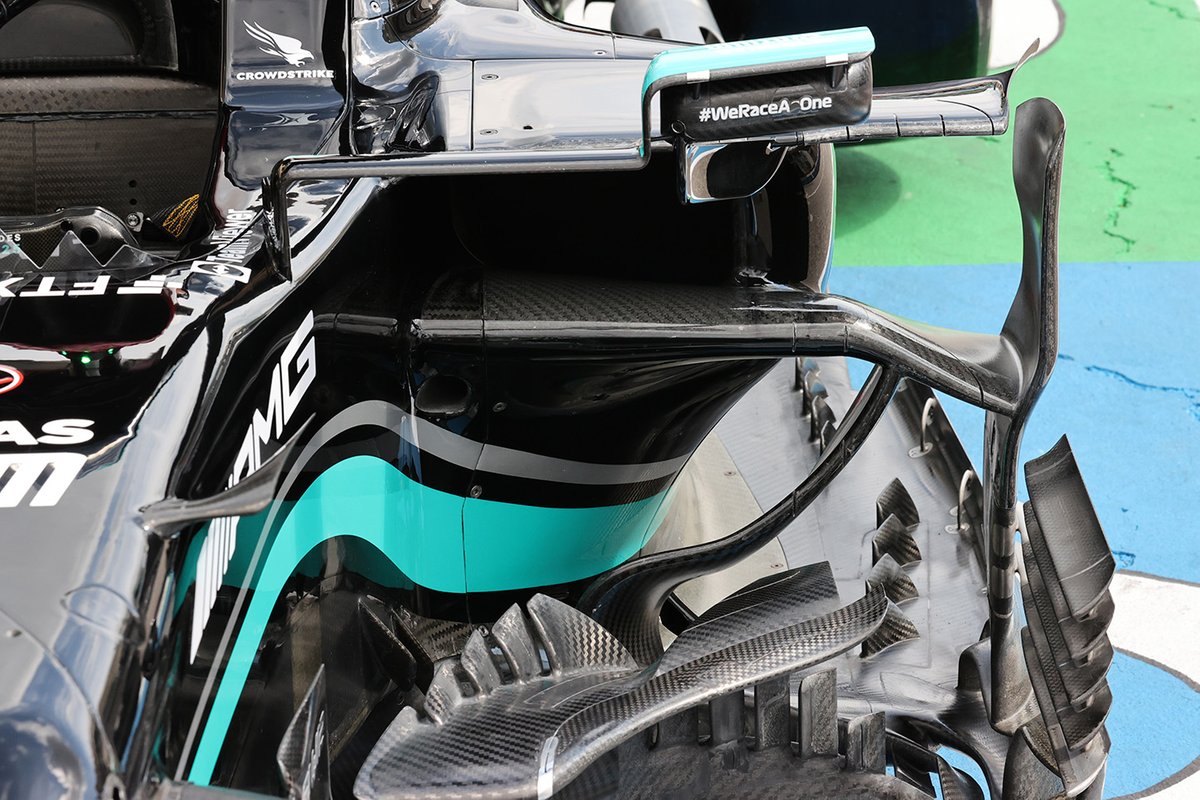 2/21
A great shot of the W12 looking rearward over the front suspension, which gives a good perspective of many of the surfaces that might otherwise appear to be flat or unimaginative but actually have a great deal of contouring. 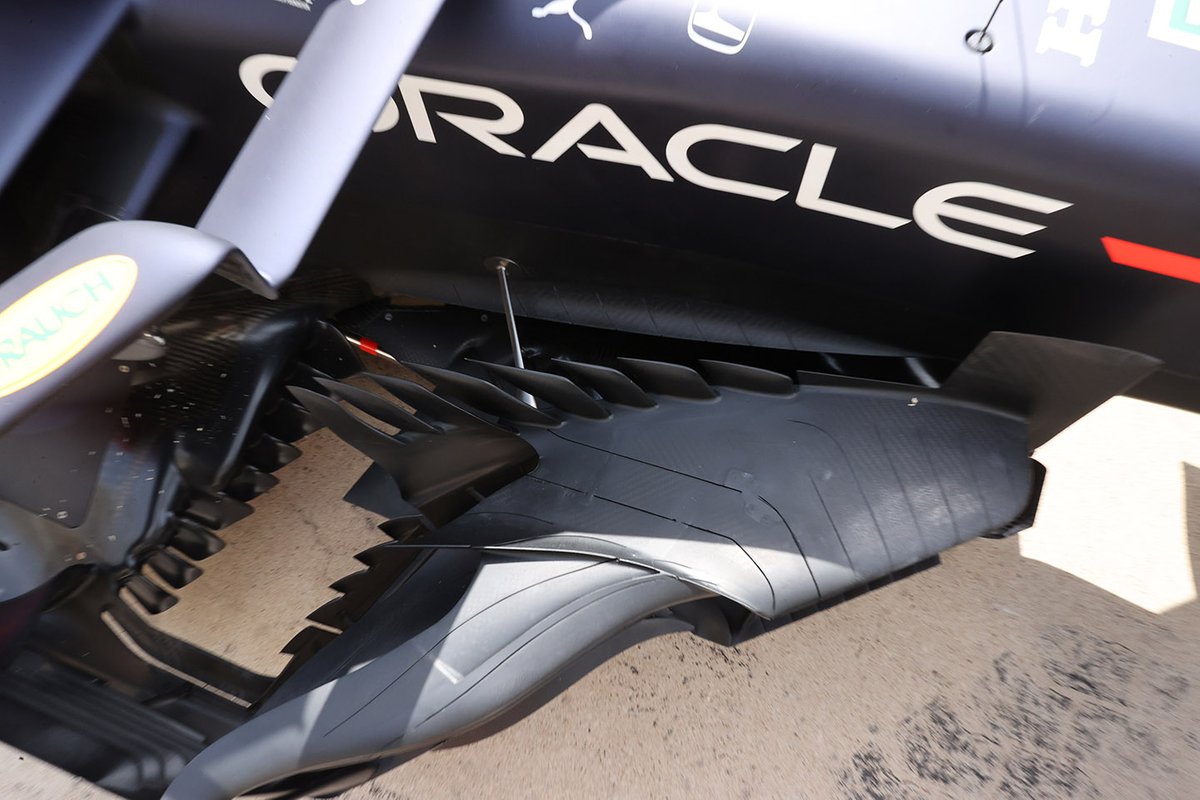 3/21
Top-down overview of the Red Bull RB16B’s bargeboard cluster, with the slots within the boomerang wings clearly visible. The main vertical element is also clearly broken down into numerous segments too. Also note the varied length and width of the strakes poking out from the leading edge of the floor. 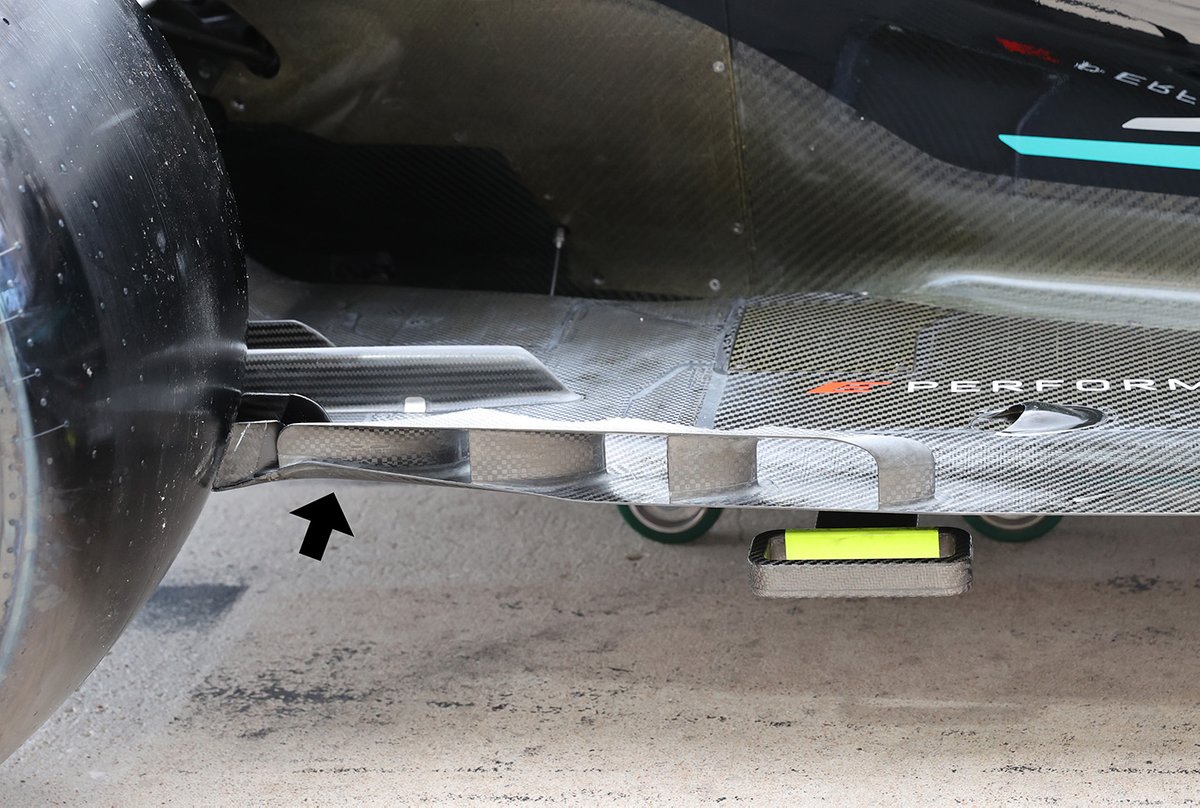 4/21
The floor area ahead of the rear tyre on the Mercedes W12 has remained largely unchanged this season, as it started out with some pretty mature solutions as part of the regulatory overhaul. Note the upturned edge (arrowed) to help encourage the airflow's direction too. 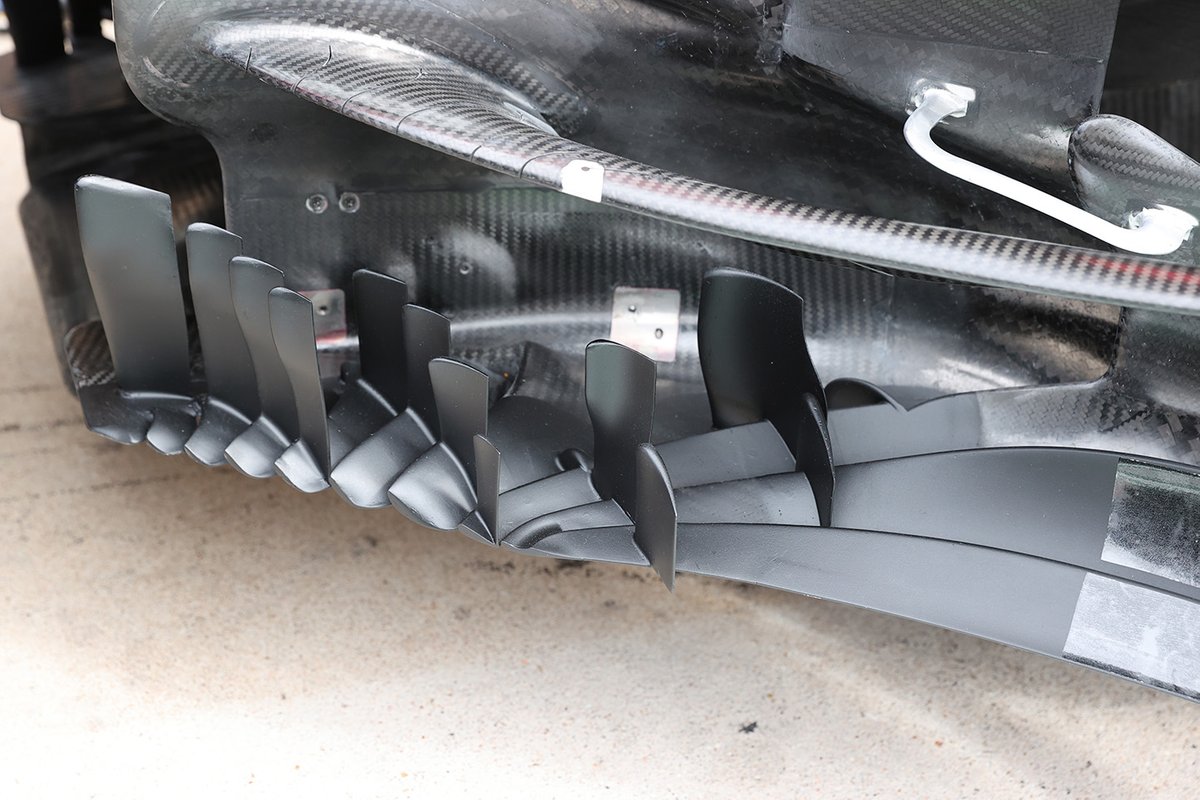 5/21
A close up of the Ferrari SF21’s bargeboard cluster and, more specifically, the slotted footplate and conveyor belt of outwardly angled winglets that sit astride. 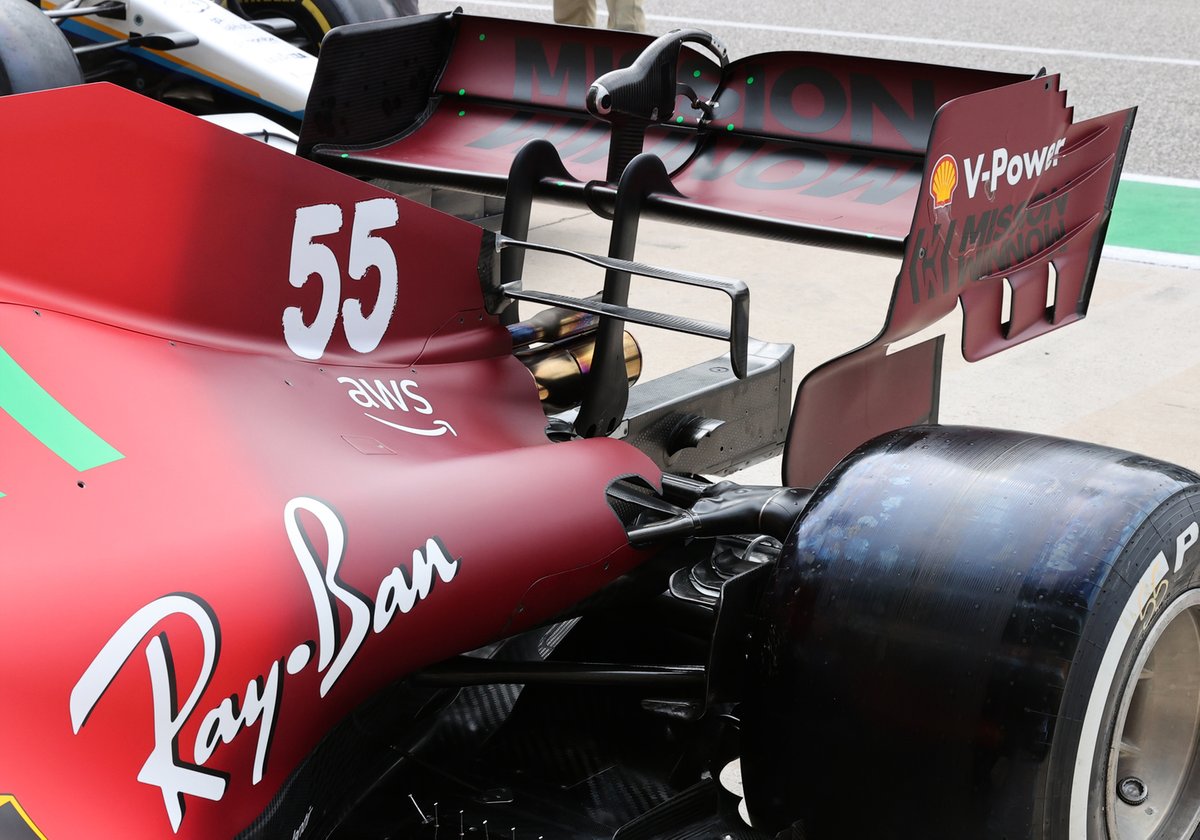 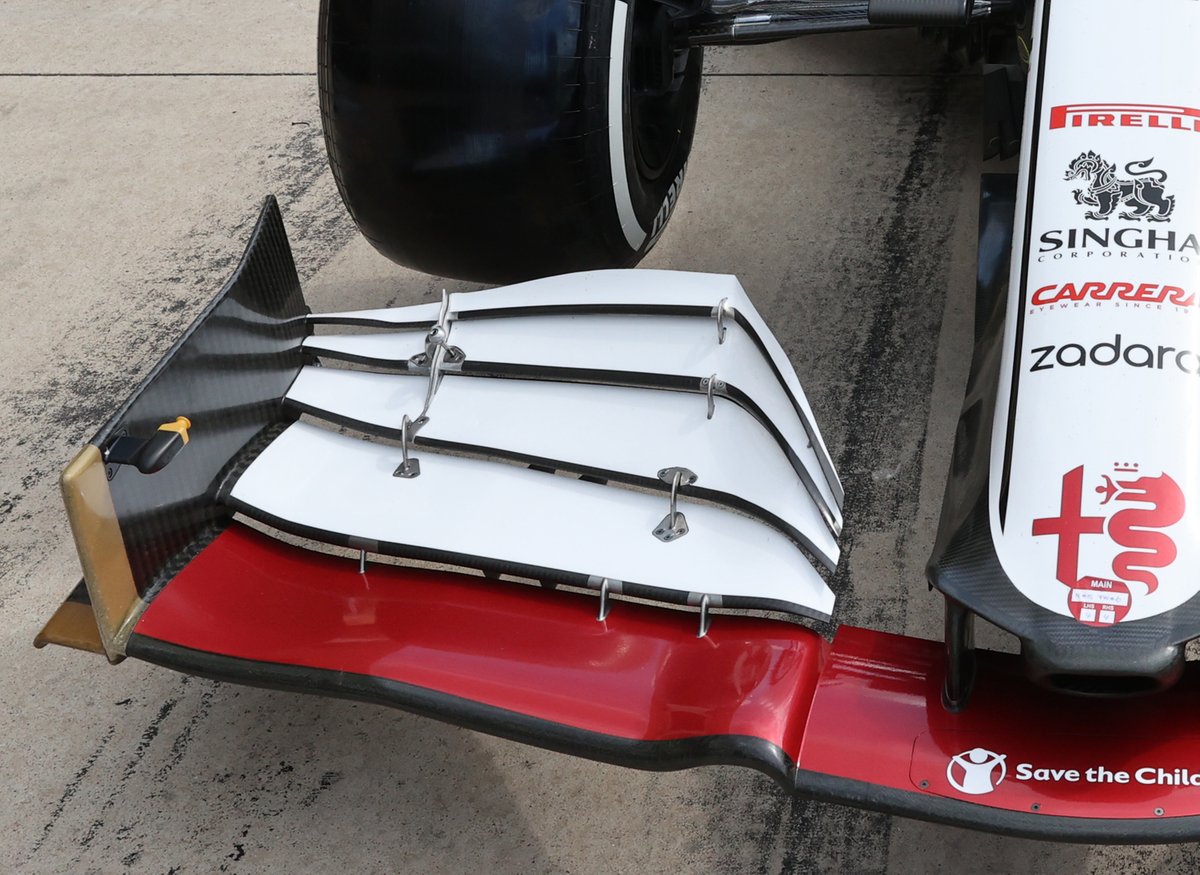 7/21
Close up of the Alfa Romeo C41 – note the extremely thin upper flap which has been cut back to trim downforce levels. The flap tip is almost non-existent now as a consequence of the changes. 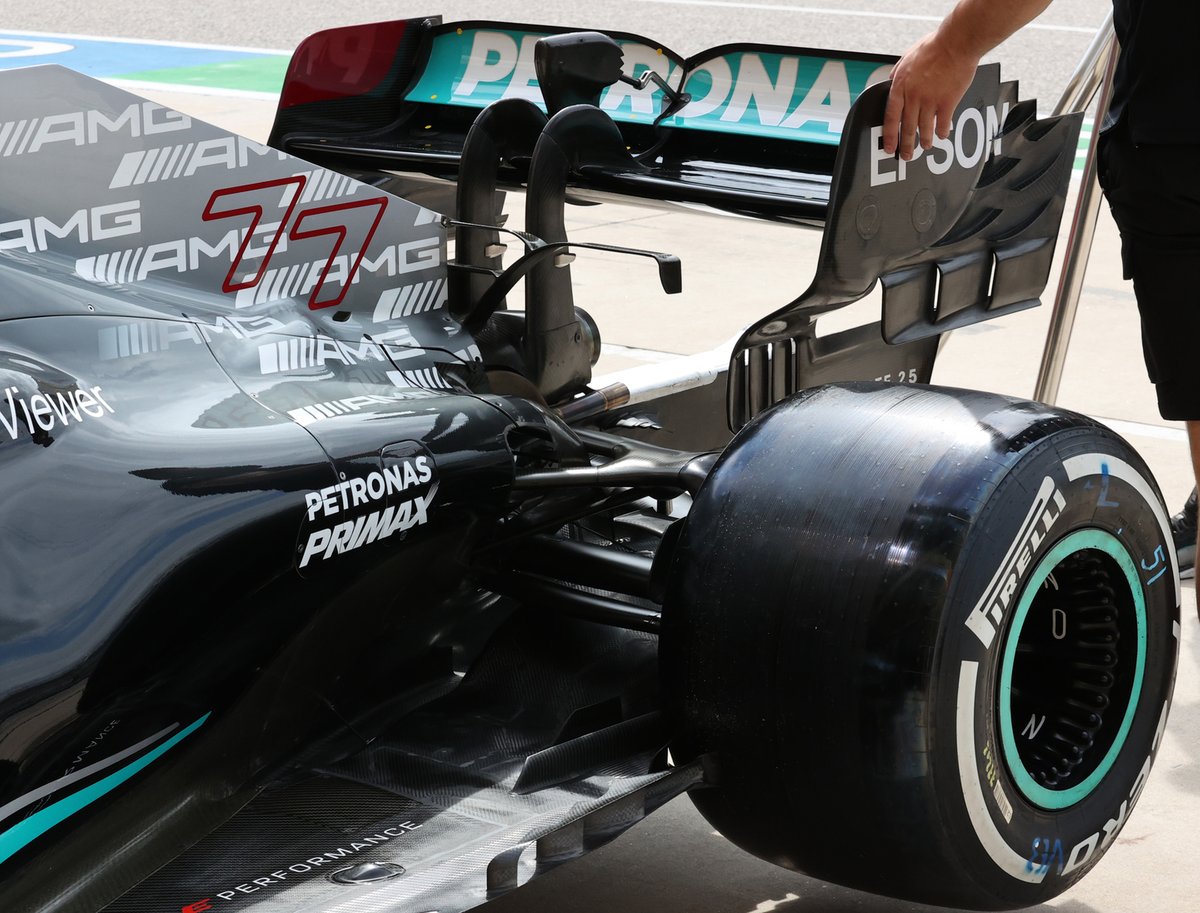 8/21
Mercedes with a high downforce rear wing and a Y-shaped T-Wing configuration as the car awaits scrutineering. 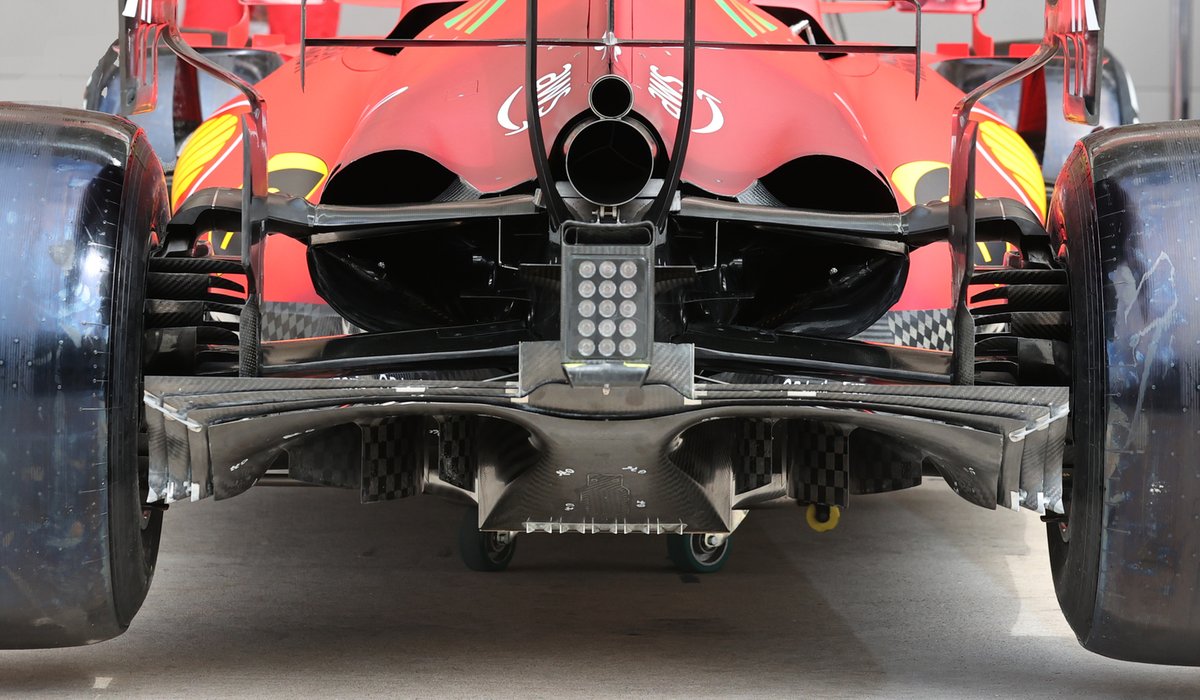 9/21
The Ferrari SF21 from behind with a great view of the diffuser, rear cooling outlet and rear suspension. 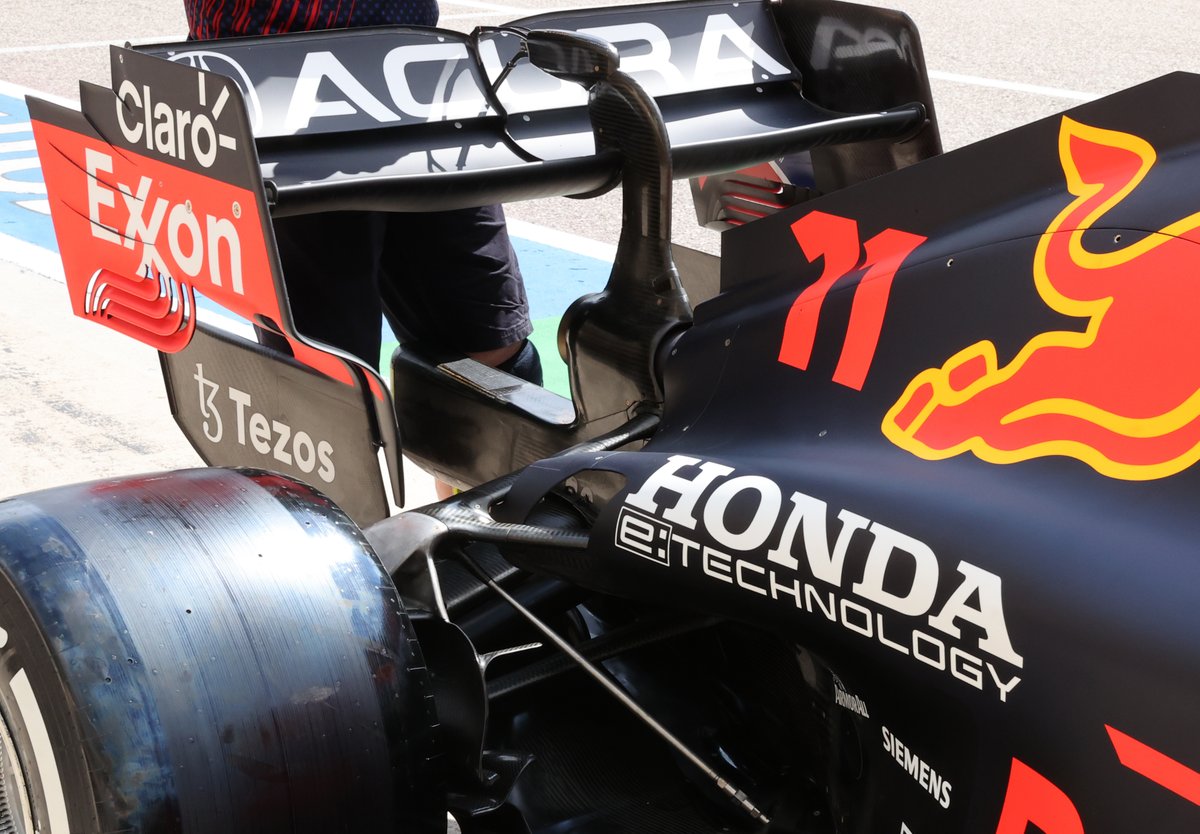 10/21
Red Bull utilising a spoon-shaped rear wing, which carries the American branding for Acura/Honda and Exxon/Esso. 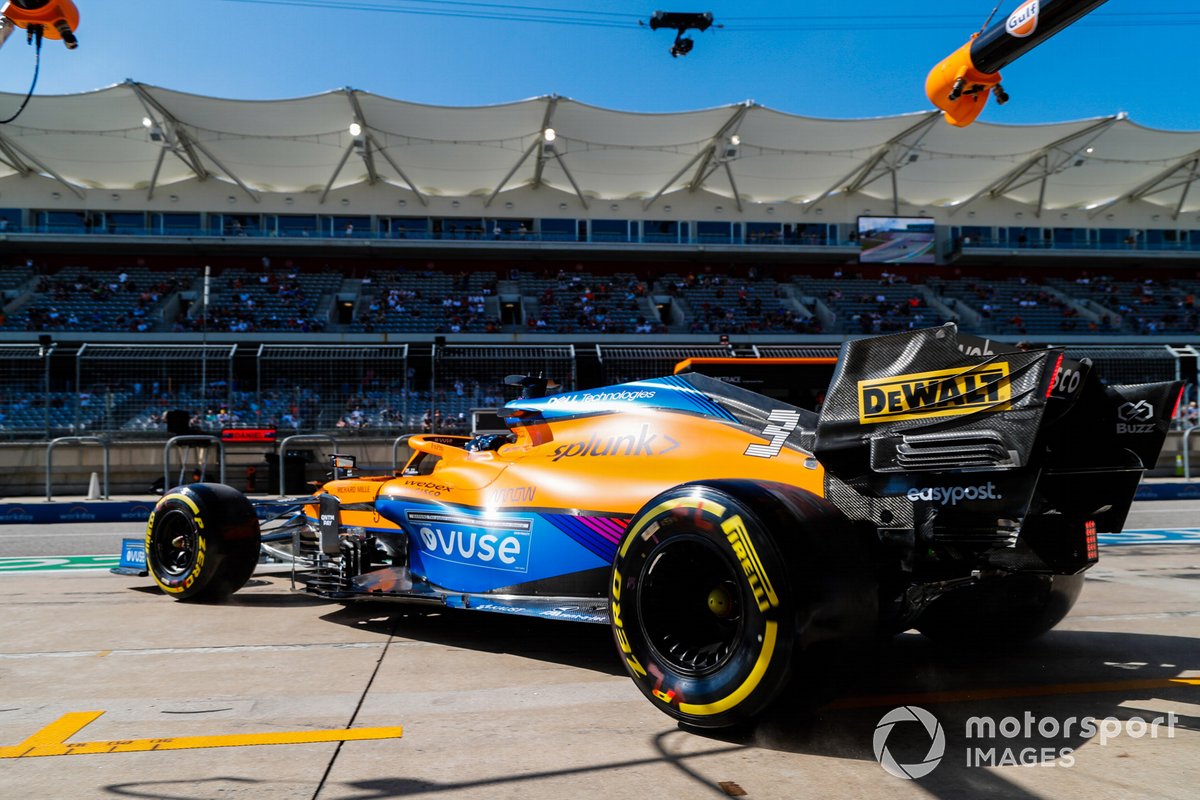 11/21
Side view of the McLaren MCL35M as it exits the garage gives us a good view of the sidepod deflector array and the aero details on the rear wing endplate. 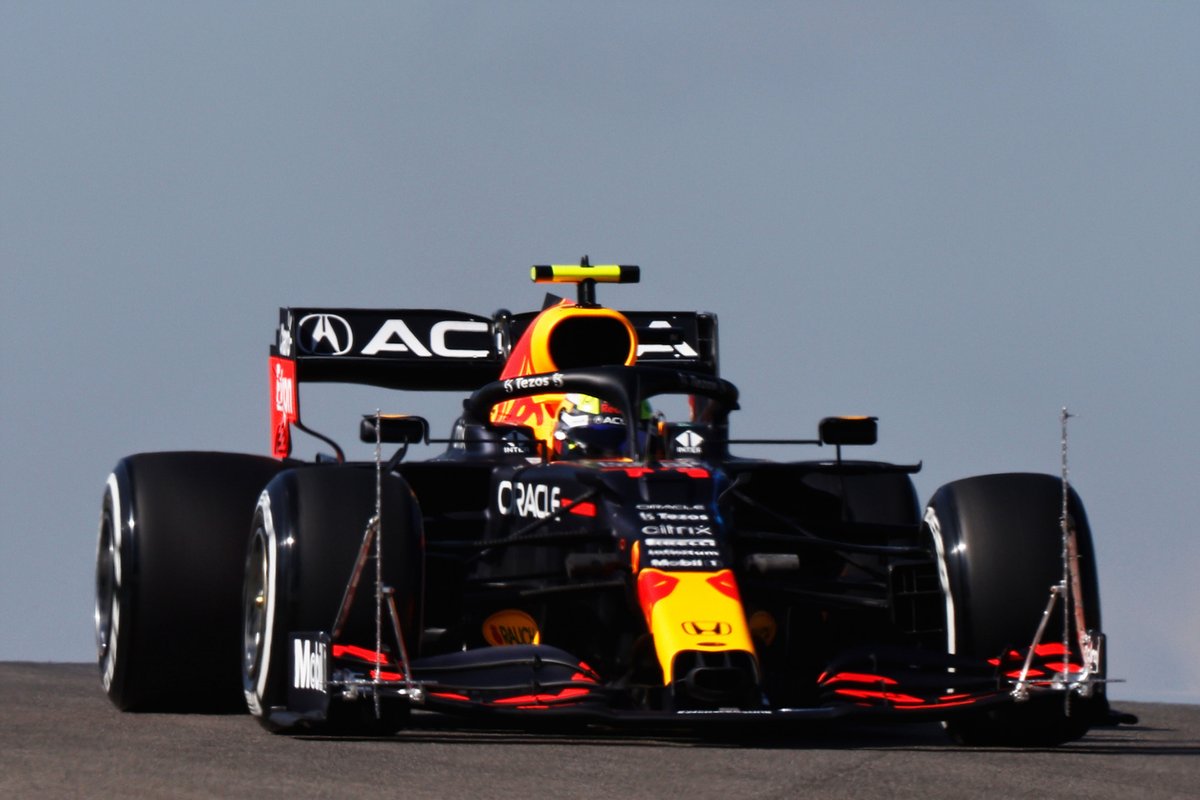 12/21
During FP1, Red Bull outfitted Sergio Perez’s RB16B with a kiel probe array on either side of the car in order to collect data 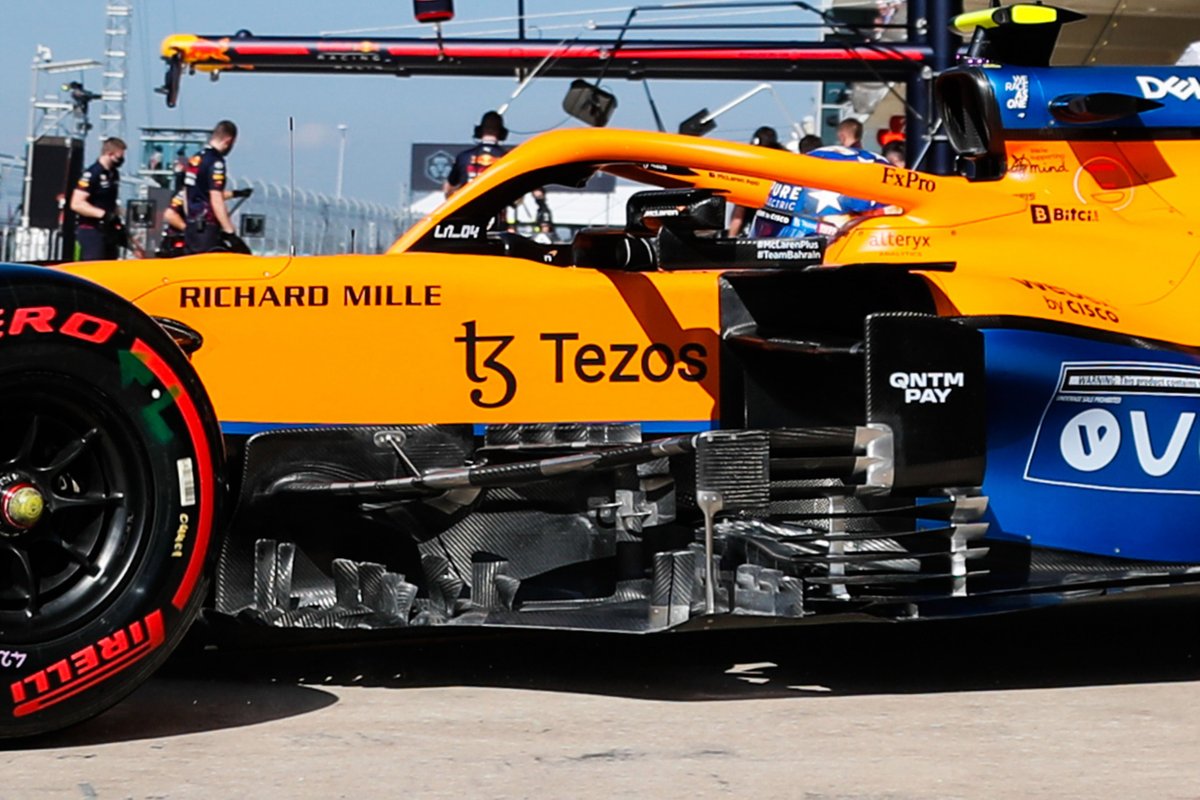 13/21
An overview of the McLaren MCL35M’s bargeboard cluster and sidepod deflector array. 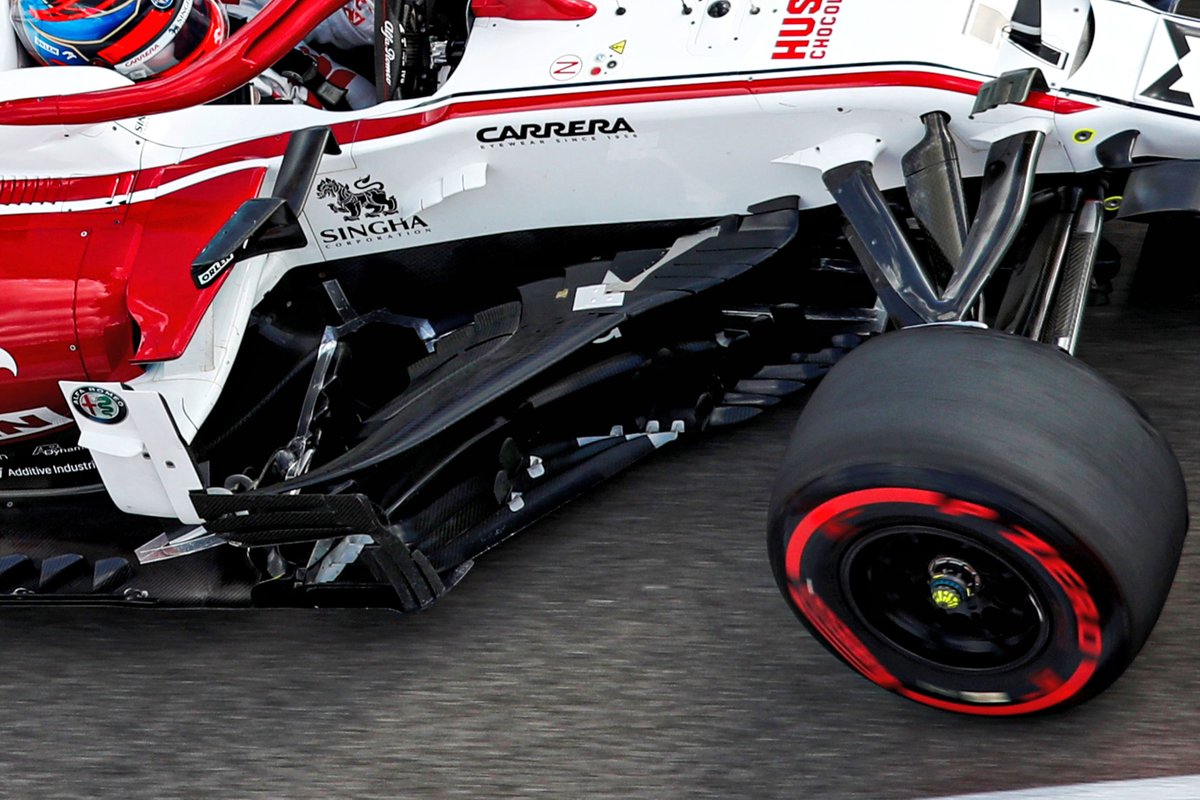 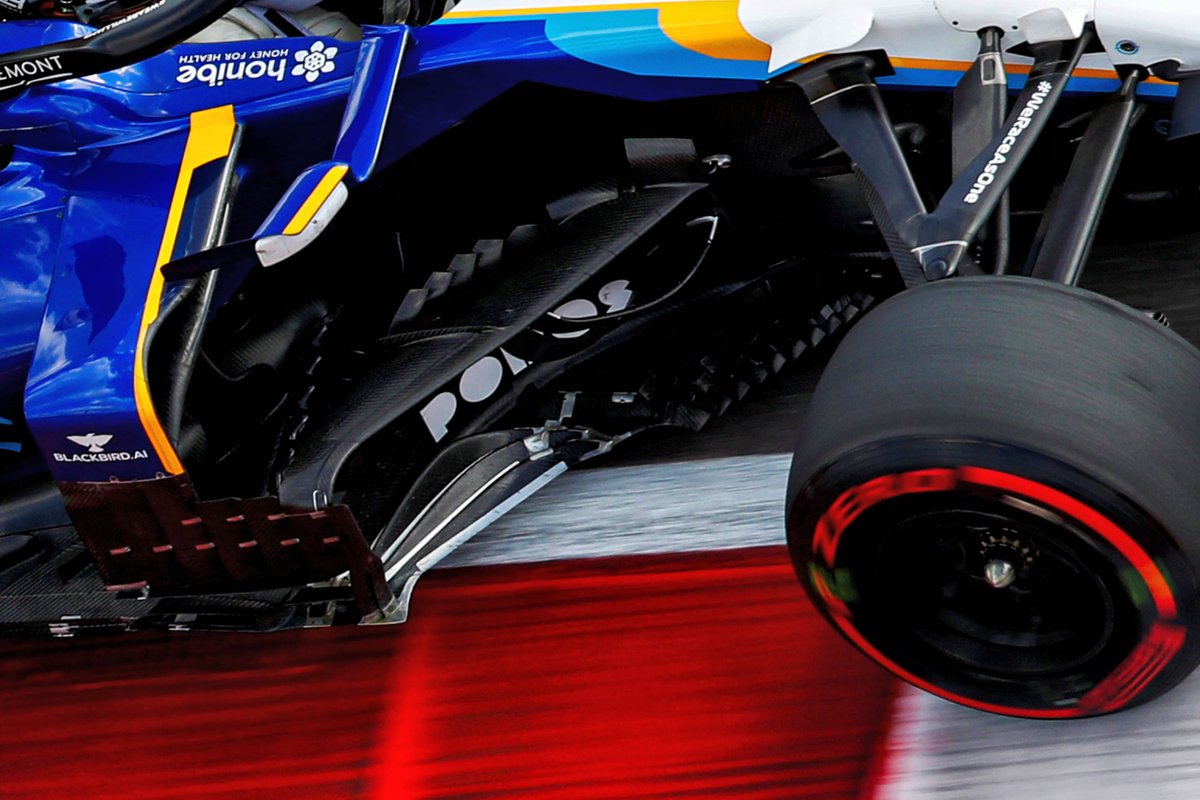 15/21
The Williams FW43B for comparative purposes – note the angled and overlapping feather-like edge on the upper section of the main vertical bargeboard element. 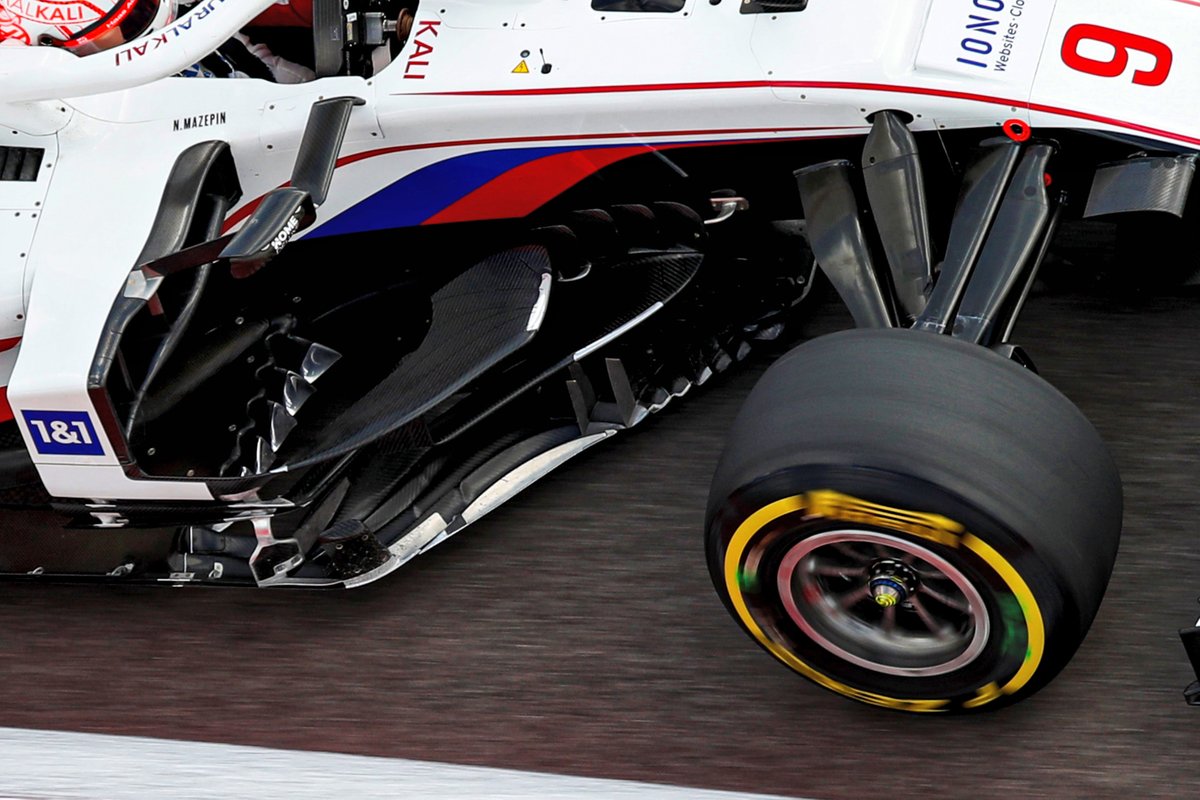 16/21
The Haas VF-21 with its boomerang winglet mounted a little further back, comparatively and the feather-like edge applied to the forward part of the main vertical element. 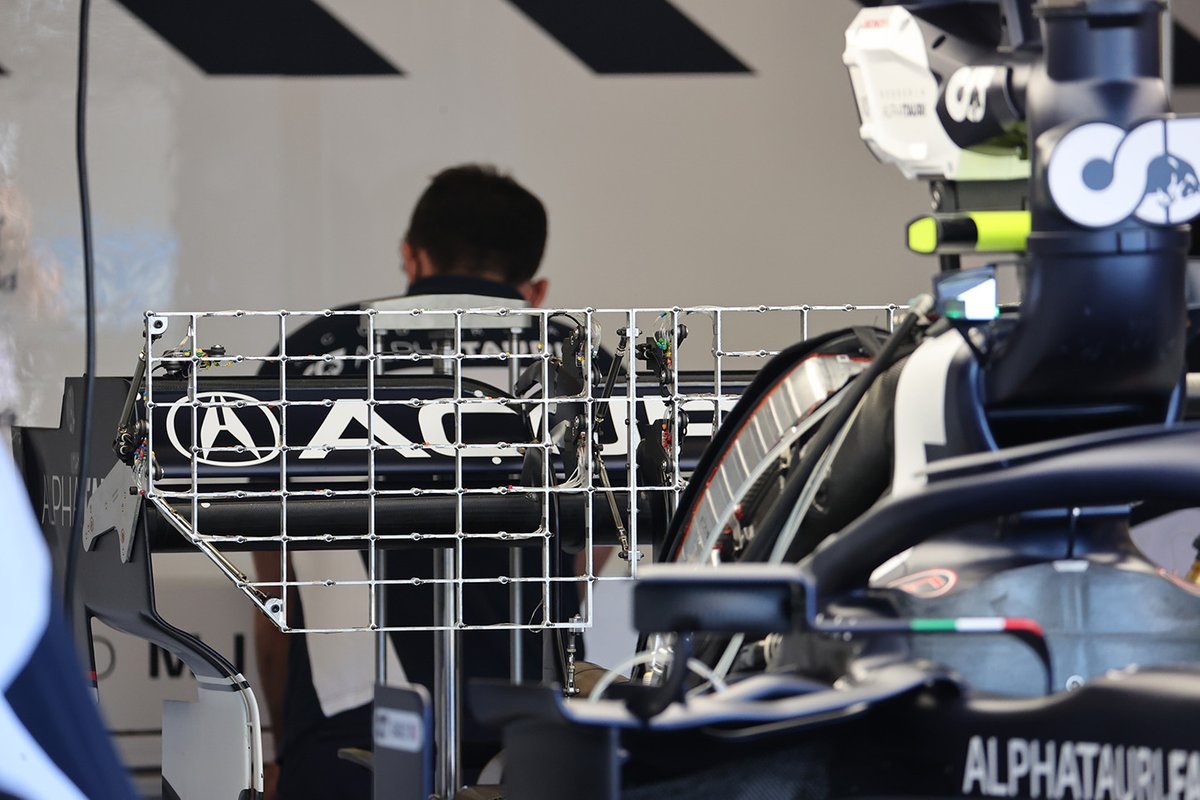 17/21
AlphaTauri briefly ran with this Kiel probe array mounted ahead of the rear wing during FP1 as it collected data on the airflow's behaviour around the assembly.

Fernando Alonso, Alpine A521, in the pit lane 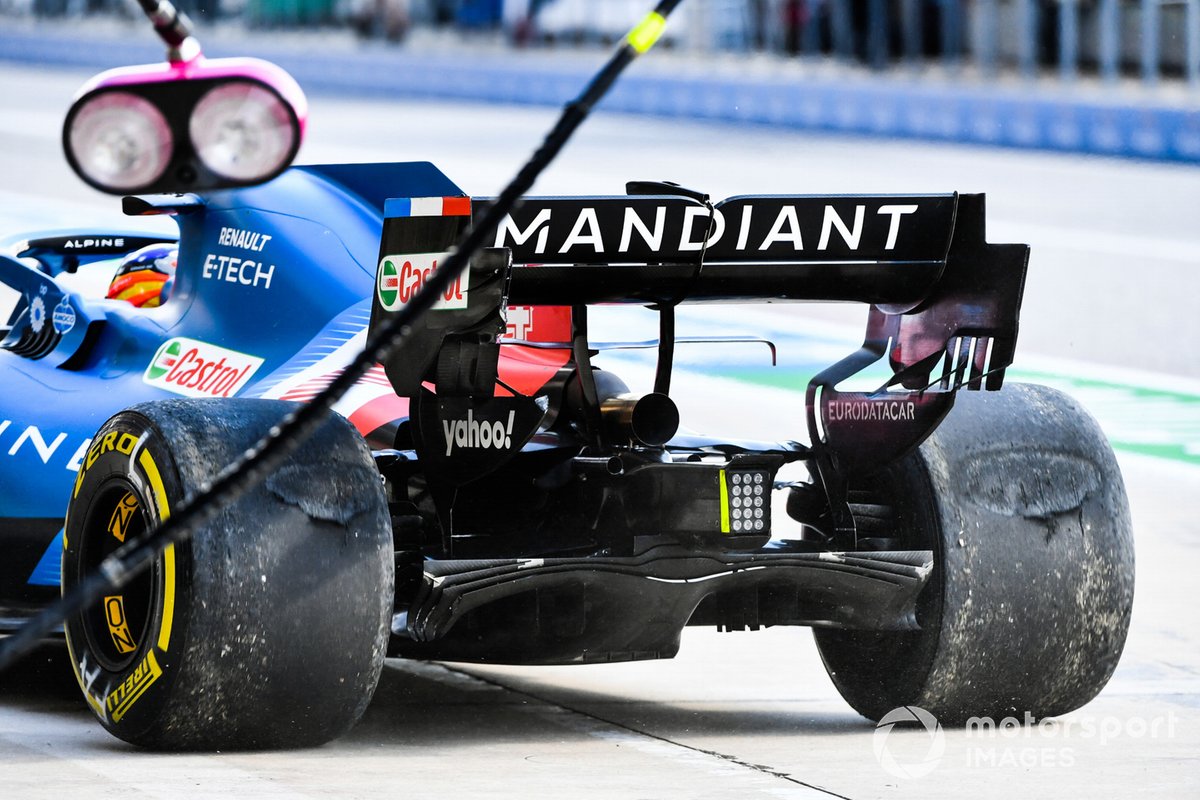 18/21
A look at the Alpine A521’s rear end as Alonso returns to the garage after a brush with one of the barriers. Note the gentle drooping of the diffuser in the outboard section, rather than it taking up the maximum section allowed. 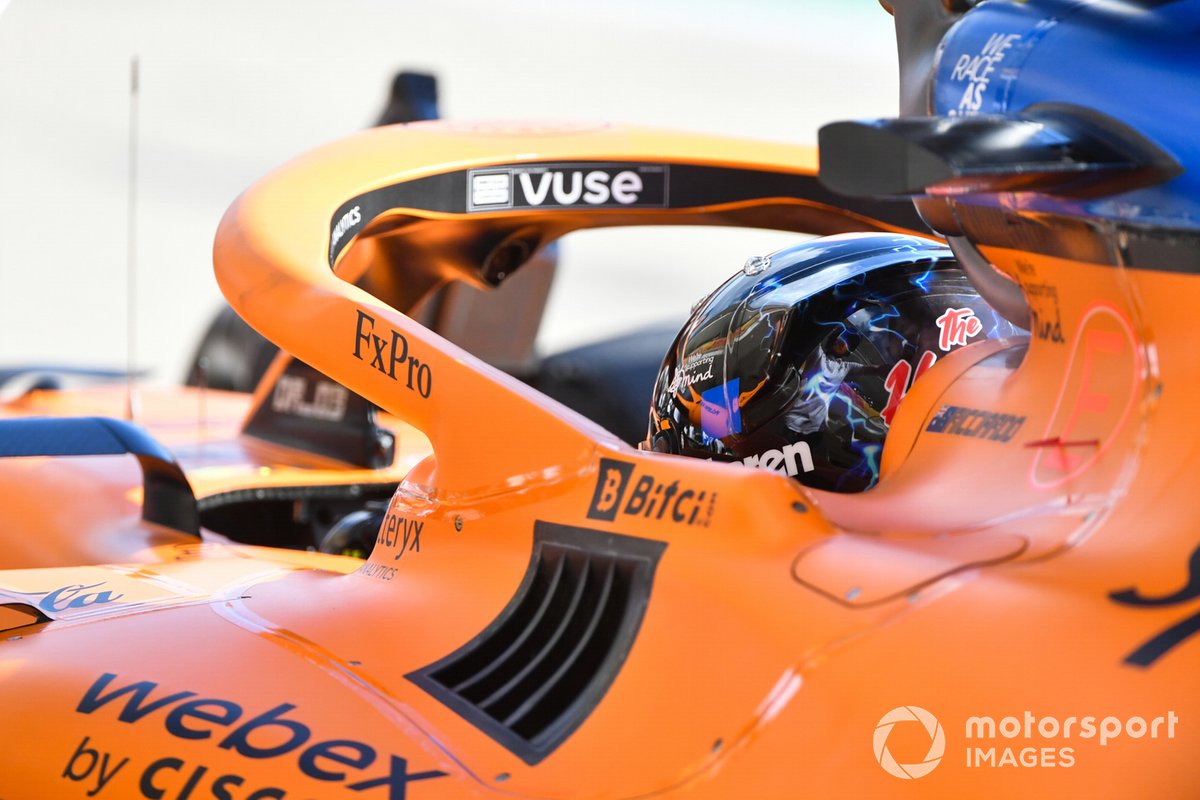 19/21
Close up of the louvered panel on the side of the McLaren MCL35M which helps with cooling in the hot conditions. 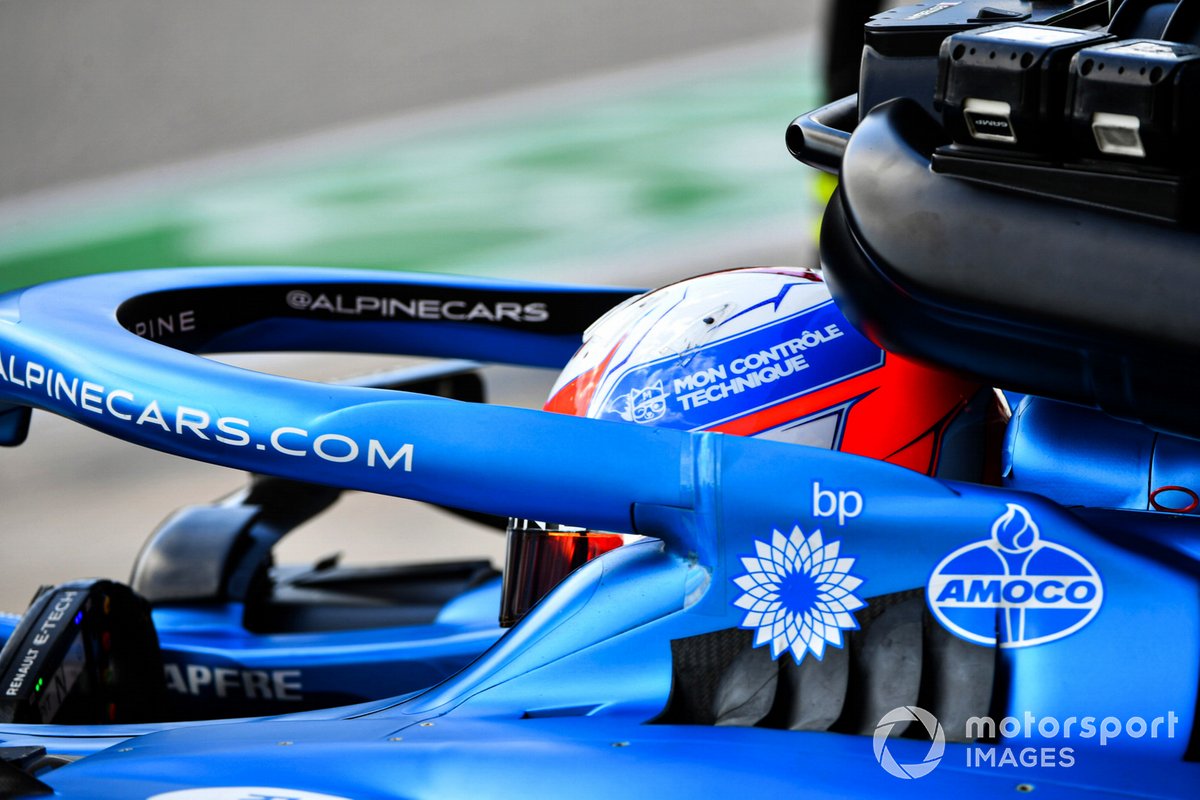 20/21
Similarly, Alpine has deployed its louvred panels to help keep the A521 in the right operating window.

Lewis Hamilton, Mercedes W12, is returned to the garage 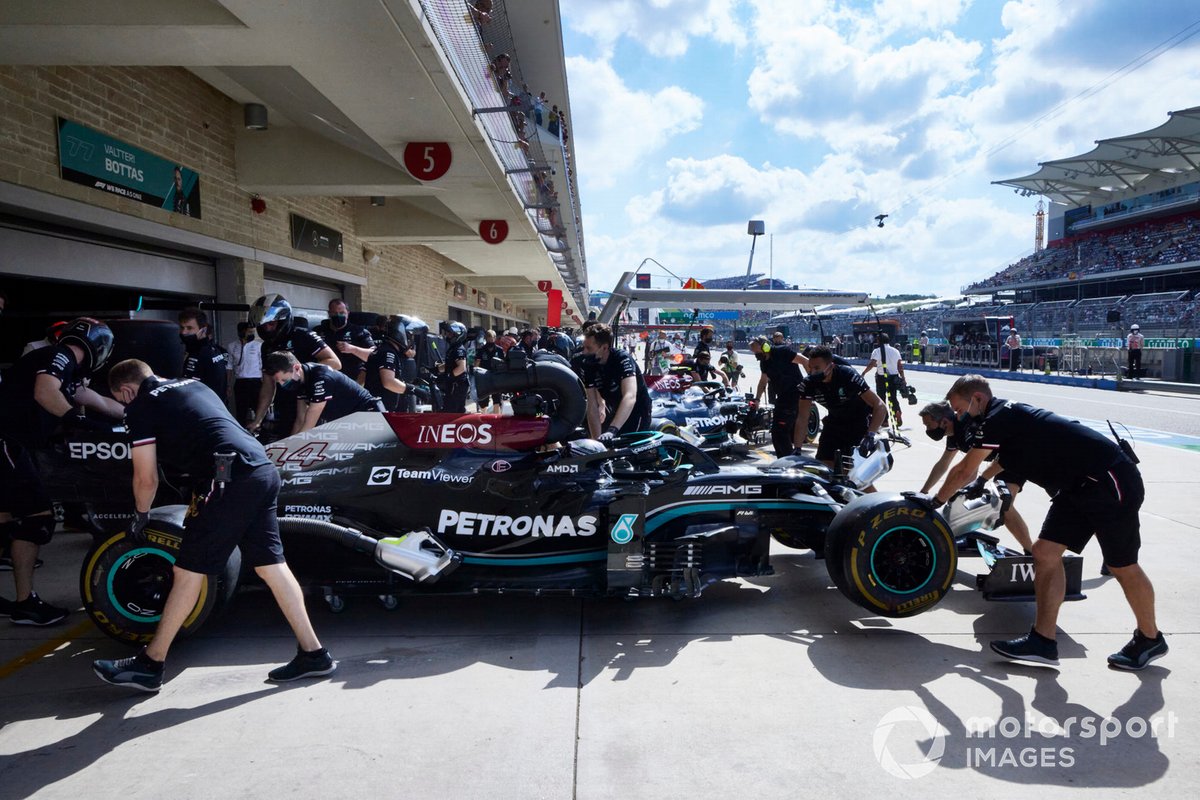 21/21
Side view of the Mercedes W12 as it’s pushed back into the garage, which gives a good vantage point for the bargeboard cluster and sidepod deflectors.