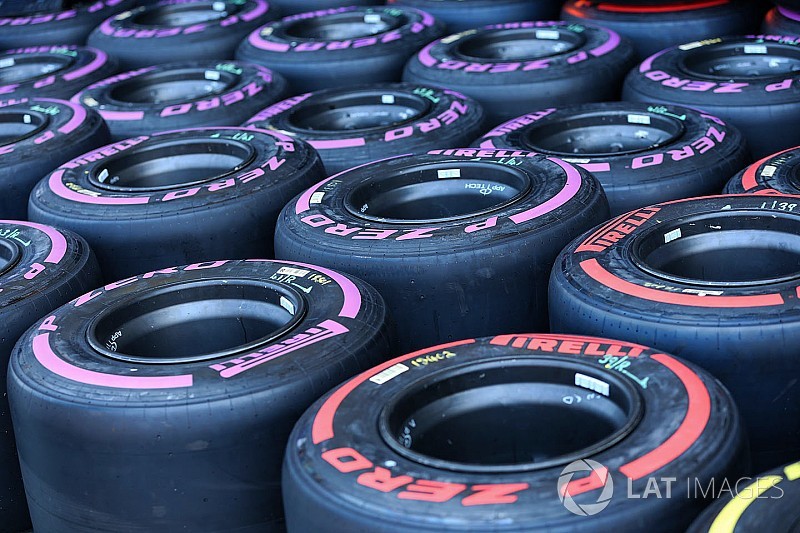 Pirelli has made the soft, supersoft and ultrasoft tyres available for the Austin race, which is one step softer than last year.

While Mercedes and Ferrari have chosen seven sets of the ultrasoft tyre for each of their drivers, Ferrari has favoured more of the supersofts.

Kimi Raikkonen and Sebastian Vettel have five and four sets of the red-walled rubber respectively, while Lewis Hamilton has three and Valtteri Bottas four.

That leaves Raikkonen with just one set of softs, while Vettel and Bottas have two sets and championship leader Hamilton three.

McLaren and Williams have opted for the most sets of ultrasofts with Fernando Alonso, Stoffel Vandoorne, Felipe Massa and Lance Stroll having nine apiece. 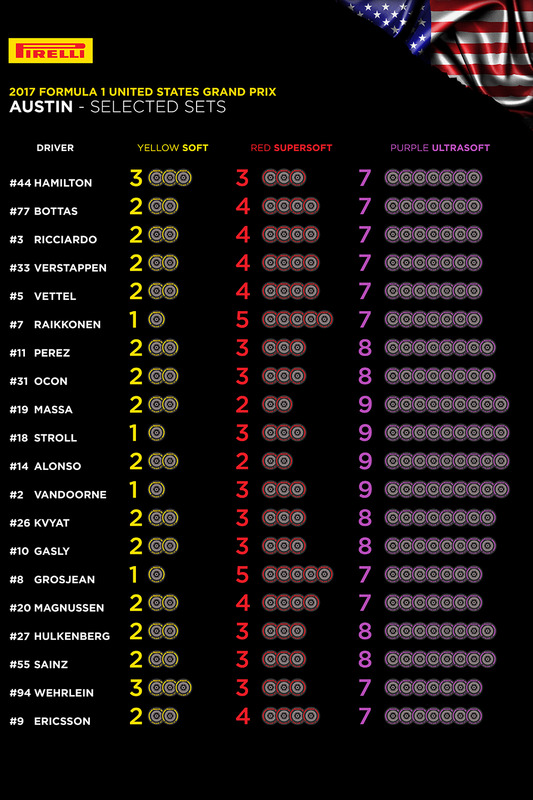