Check out Issue 20 of GP Gazette, from the makers of Motorsport.com, an in-depth eMagazine covering all the action from a controversial United States Grand Prix.

Straight from the paddock, we give you an all-encompassing account of all the action from the race weekend, plus compelling interviews with the sport’s star names.

With another win in Austin, Lewis Hamilton wrapped up the constructors’ title for Mercedes and put one hand on another drivers’ title for himself. 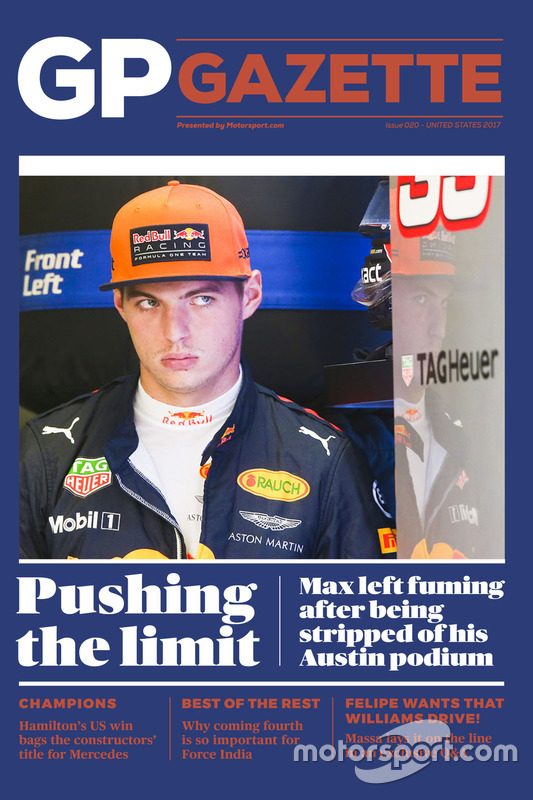 While there were some intriguing tactical elements to the race, they were largely overshadowed by the controversial penalty that cost Max Verstappen a podium finish – and left him fuming with race officials.

This week’s GP Gazette also features an explosive Q&A with Felipe Massa, who makes his case as the best choice for the Williams drive next season… and explains why he doesn’t think either Robert Kubica or Paul di Resta are up to the task.

We also take a look at Force India’s never-ending fight for fourth. Can the pretty in pink squad be best of the rest again in 2018?

All that and more in the latest GP Gazette – click here to read now!

Analysis: How Hamilton dealt the final blow to Vettel