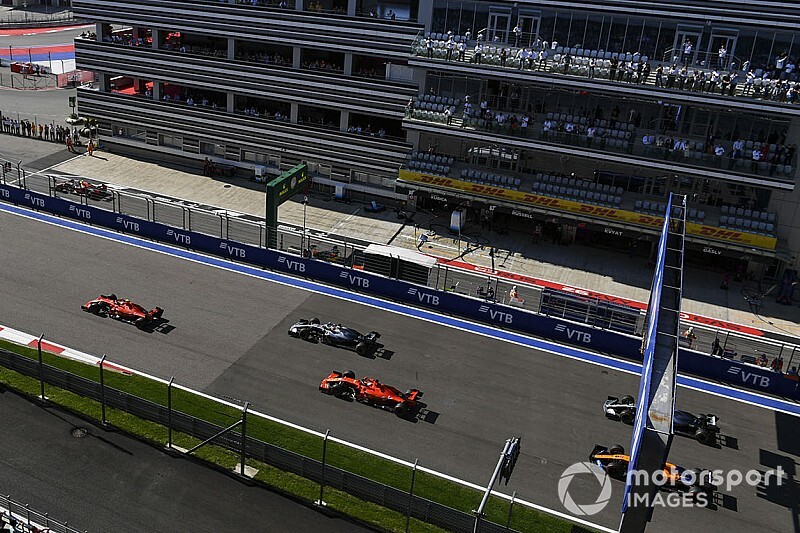 The Formula 1 organisation says that the quality of its pay TV audience is as important as the overall numbers, as it released its 2019 viewing figures.

F1 enjoyed an increase in its cumulative TV audience in 2019, while the level of unique users remained stable in its 20 key markets, and actually fell slightly overall.

F1 says that its cumulative audience – which it defined as the aggregate of the average audience of all the F1 programmes broadcast across the year – was up 9% on 2018 to 1.922bn, the highest figure recorded since 2012.

The top five key markets, all contributing over 100m to that total, were Brazil, Germany, Italy, United Kingdom and the Netherlands.

Thanks to Robert Kubica's presence, Poland showed the most significant individual increase, up 256% on 2018. A new TV deal meant the MENA region (Middle East/North Africa) was boosted by 228%.

Unique viewers – those who have tuned their TV set into an F1 programming at least once - remained stable in its top 20 markets at 405.5m, up a token 0.3% on the previous year.

"It goes without saying that an FTA (free-to-air) broadcaster is going to generate a larger audience than a pay TV channel," said F1's director of media right, Ian Holmes.

"That said, it is a bit of an oversimplification. Firstly, there are always commercial elements to be considered, but equally as important, is to look at who the viewers are, what the demographics are, and therefore who you're addressing.

"Furthermore, pay TV often provides far more in depth coverage, and I think it would be fair to say that in the likes of Sky and Canal+ they have and continue to strive to improve the overall standard of F1 coverage, bringing to the fan far more than ever existed in the past – and they do a fantastic job.

"Then there are those people who are consuming F1 content on the different digital and social channels of our broadcast partners and our own F1 owned and operated platforms and channels."

Expanding on what the numbers prove, he said: "It shows that engagement with F1 has increased significantly year on year. We have a similar size group of people watching more content and for longer than they did a year ago.

"This was of course helped by more compelling races and a more engaged fan base who have increased the amount of content that they are watching compared to 2018. We have found this with all F1 touchpoints.

"It's no coincidence that 72% say that the sport has improved in the last two years. Helped by improved digital & social, F1 TV, the launch of esports and the success of Netflix series 'Drive to Survive', the average number of F1 touchpoints consumed per F1 fan has also increased year on year as F1 becomes a more multimedia organisation – rather than just focusing on TV."

Engagement increased significantly, with total interactions across the four platforms up by 82%.

"The sport drips with cultural relevance and that is and always will be a key hook for a younger audience," said director of digital and licensing Frank Arthofer.

"We just need to hold the mirror up and let new fans experience it firsthand, on platforms and devices where they spend their time.

"Since 2017, 62% of our new fans have been under the age of 35. We believe it is a great thing for our partners – promoters, sponsors and broadcasters – all of whom have a mutual interest in widening the audience for F1.

"Really, across the board, we believe we're still in the early innings of our maturation."