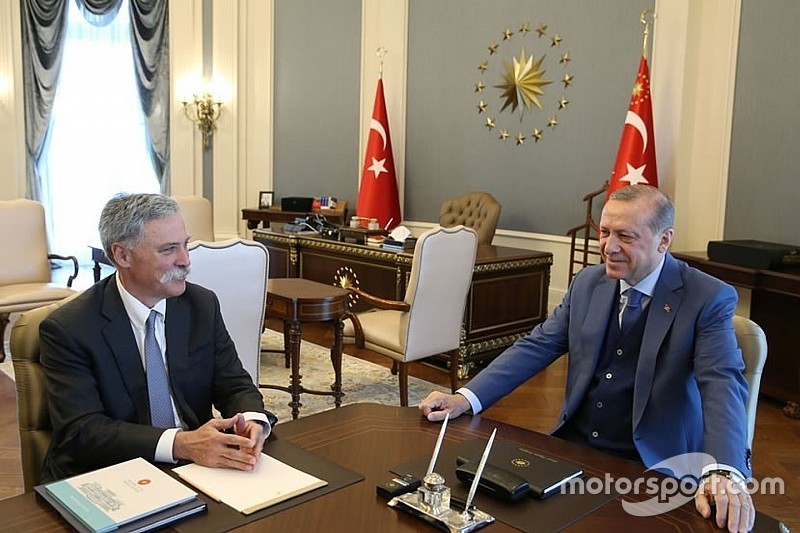 Turkey’s Istanbul Park is poised to return to the Formula 1 calendar, according to the businessman who operates the venue, after a meeting between F1’s CEO Chase Carey and the country’s President.

Following this meeting, Ak spoke on Tuesday evening at the Automotive Journalists Association dinner, and confirmed a deal – although not signed – was “agreed in principle”.

“We had a meeting in Ankara earlier today with the President and Chase Carey from Liberty Media, whom I previously invited to Turkey personally before,” he said.

“All I can say at this point is that the meetings went really well and we agreed in principle. Although the contract hasn't been signed yet.”

Driving force behind the deal

Five years ago Istanbul businessman Ak, who owns the Intercity rental car company, purchased an 11-year lease on Istanbul Park – which cost $250million to build in 2004.

He tried to do a deal for 2013 with Bernie Ecclestone, who Ak claimed wanted $26million in the first year alone.

Turkey first joined the F1 calendar in 2005, with Istanbul Park’s quad-apex Turn 8 left-hander quickly gaining acclaim as one of the best corners on the schedule.

It last hosted a Grand Prix in 2011 after a financial dispute ended its contract, as the government refused to approve any future events on cost grounds.

Next year’s F1 calendar has lost its Malaysian round, and Liberty Media has committed to France and Germany returning to the roster – which would mean 22 events if a Turkish GP was to be held next season.