The scenario that unfolded robbed the AlphaTauri driver of two positions and left him far behind the drivers with whom he should have been fighting.

Following the controversy in last year's Abu Dhabi GP, the FIA decided to automate the system that identified the lapped cars that are eligible to unlap themselves during a safety car period.

In Abu Dhabi last year, only some cars were allowed to pass leader Lewis Hamilton, leaving no traffic between himself and Max Verstappen, while still leaving cars between the Dutchman and Carlos Sainz in third, protecting him from an attack by the Ferrari driver.

It also sped up the unlapping process sufficiently to allow time for a restart and give the Red Bull driver a chance to pass Hamilton and claim the world championship.

The miscounting of lapped cars was put down to a human error by an FIA official working alongside then-race director Michael Masi.

To avoid a repeat, F1's timing software was modified to automatically flag cars that have been lapped and are thus allowed to pass before the restart.

When the safety car came out in Brazil, the three lapped cars were the AlphaTauri of Tsunoda and the Williams pairing of Alex Albon and Nicholas Latifi.

Tsunoda was right behind leader George Russell in the queue when AlphaTauri took the opportunity to pit the Japanese driver for new tyres.

In so doing, he actually passed Russell in the pitlane, thus technically briefly unlapping himself – before emerging onto the track in sixth place in the queue, behind Russell, the lapped Albon, Lewis Hamilton, Sergio Perez and Carlos Sainz. Latifi, the third-lapped driver, was just behind him.

By passing Russell in the pitlane, Tsunoda had created a situation that had not been anticipated, and according to the automated system, he was ineligible to unlap himself. 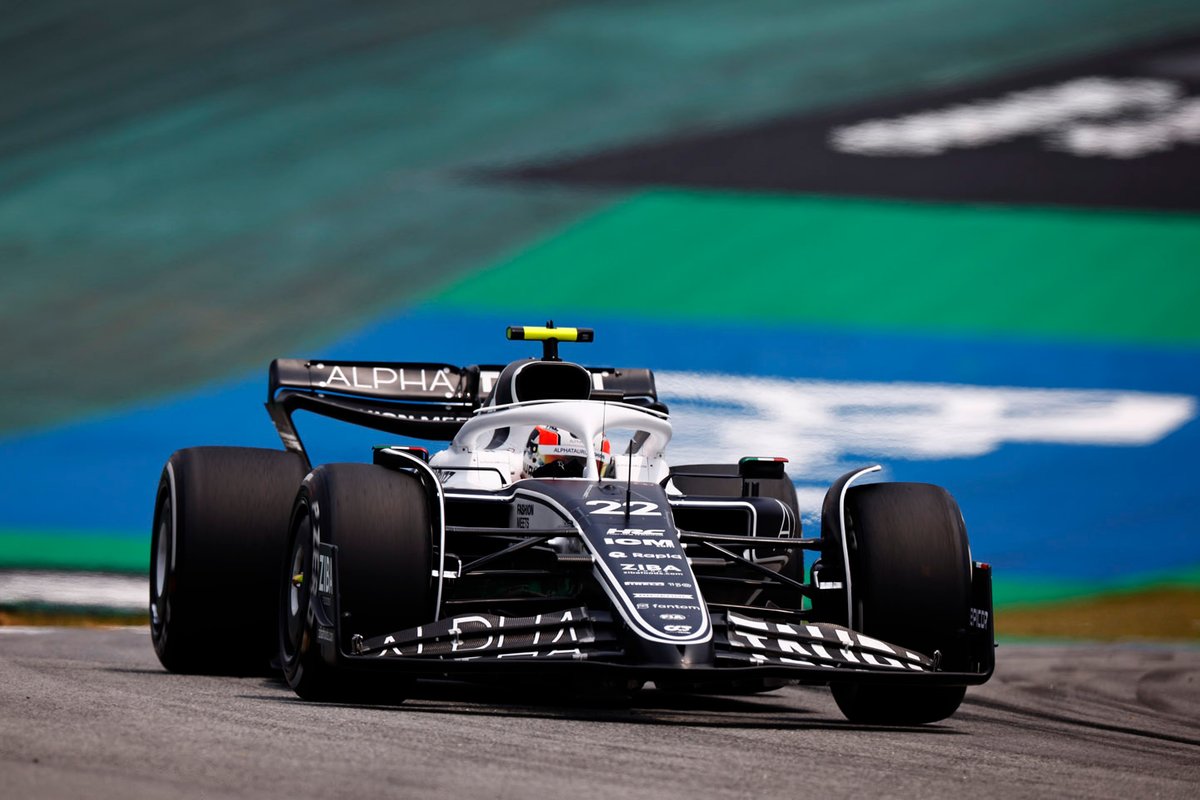 When the 'lapped cars may now overtake' message came on the timing screens, it only mentioned the numbers of Albon and Latifi.

Tsunoda's engineer hesitated when he saw the message, saying: "You can overtake lapped… Standby, standby."

In the confusion, Tsunoda initially unlapped himself from Sainz but then stopped behind Perez, while at the same time Latifi – with whom he was battling for position - passed him and continued on past the frontrunning cars.

When he asked about passing Tsunoda was told, "Negative, no overtake," to which he replied, "What the f**k, what are we doing?" He then received the message, "Hold position Yuki, do not overtake."

He then let Sainz back past, restoring his original place in the queue. The restart thus took place with the lapped Tsunoda still separating Sainz from his pursuers, led by Charles Leclerc.

Tsunoda could thus have disrupted the races of Leclerc and others. However, wisely at the restart his engineer told him to let the quicker cars by, and he almost came to a stop on the pit straight as he allowed the whole field to pass.

As a result, Tsunoda was left stranded in last place as the only lapped car, having lost out to both Albon and Latifi. He should have beaten both of them with his fresh tyres – and he might even have been able to make up more places had he been in his rightful position at the restart.

Asked by Motorsport.com about what happened, he said: "I got told that you have to stay in line. I don't know why. Probably the FIA thinks I was fighting P5 or something like that!" 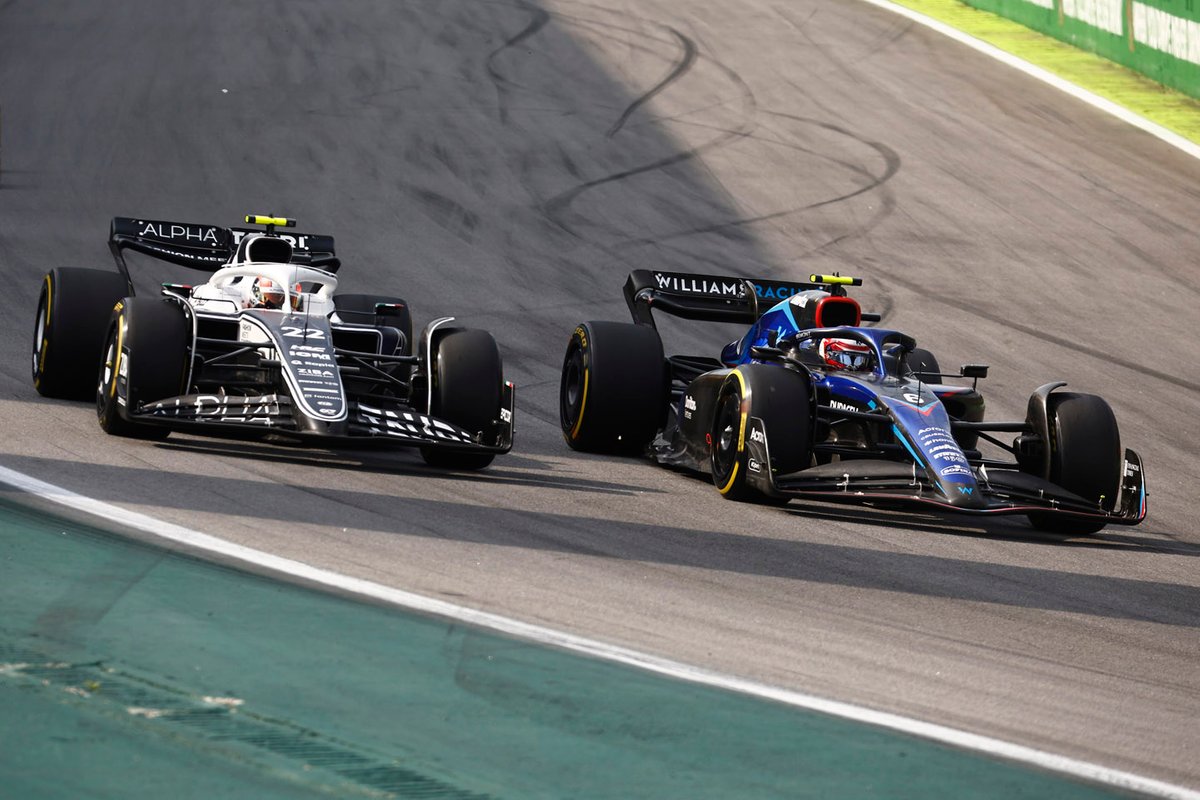 A clearly frustrated AlphaTauri team boss Franz Tost declined to comment on what had unfolded.

The automated system was never intended to handicap a driver in such a way, or leave a lapped car stuck in the middle of the pack in such circumstances. However, the FIA insisted that no mistakes were made.

In a statement, the governing body explained in detail what had happened: "All of the systems functioned correctly and according to the regulations. The unusual situation arose as a result of the idiosyncrasies of the specific circuit and scenario which were as follows:

"Car 22 was the first to cross SC1 following the deployment of the safety car.

"On the following lap he therefore became the first car to cross SC1 line for a second time, which would normally trigger the systems to indicate he is eligible to unlap.

"However, at this time he entered the pit lane and was able to go faster than the train of cars behind the safety car. In doing so, he unlapped himself when crossing the control line in the pit lane.

"When he rejoined the circuit, the systems correctly indicated that he was again a lap down, however as he had already unlapped himself once, he was not eligible to do so again when the safety car period was ending.

"Race control checked this was correct with F1 timing and they confirmed that only car 6 and car 23 could unlap themselves."

The FIA noted that the situation would be reviewed and thus potentially address in the future: "While this is a very unusual scenario, there were no systems or procedural errors – it is one of those unpredictable scenarios that can happen, and there are no immediate changes that need to be implemented.

"This will of course be discussed at future Sporting Advisory Committees as part of the normal review procedures."