Yuki Tsunoda has had to calm down his driving style "a little bit" after admitting he was too aggressive in the opening five races of his Formula 1 career.

The rookie burst onto the F1 scene winning over plenty of fans with his aggressive driving style in the opening races, highlighted by a series of impressive overtakes on his way to ninth on debut in Bahrain.

However, in the races that followed, the FIA Formula 2 graduate struggled, with his approach catching him out, most notably at Imola when he crashed out of qualifying and then spun in the race while fighting for points.

The 21-year-old has since moved from the UK to Italy to help improve his focus and discipline, resulting in four points finishes in the last seven races. But Tsunoda has also revealed that he has calmed down his driving style in order to prevent the errors that blotted his copybook in the early races.

"For the driving, I would say I didn't change the driving style, maybe a little bit of change, I tried to calm down for those [moments] when I have to be aggressive," Tsunoda told Motorsport.com. "For example, I was too aggressive sometimes in the first five race days, straight after, you know, straight into Q1, you know, mistakes [happened].

"If I had a big snap [in Formula 2] it was a bit easier to control, but it is Formula 1. It is hard to control than other junior categories cars, so [as] soon as I realised that, I think I tried to be more calm.

"And of course, in race as soon as I got confidence I try to be aggressive and come back to the normal style. But yeah, I changed a little bit my approach for that." 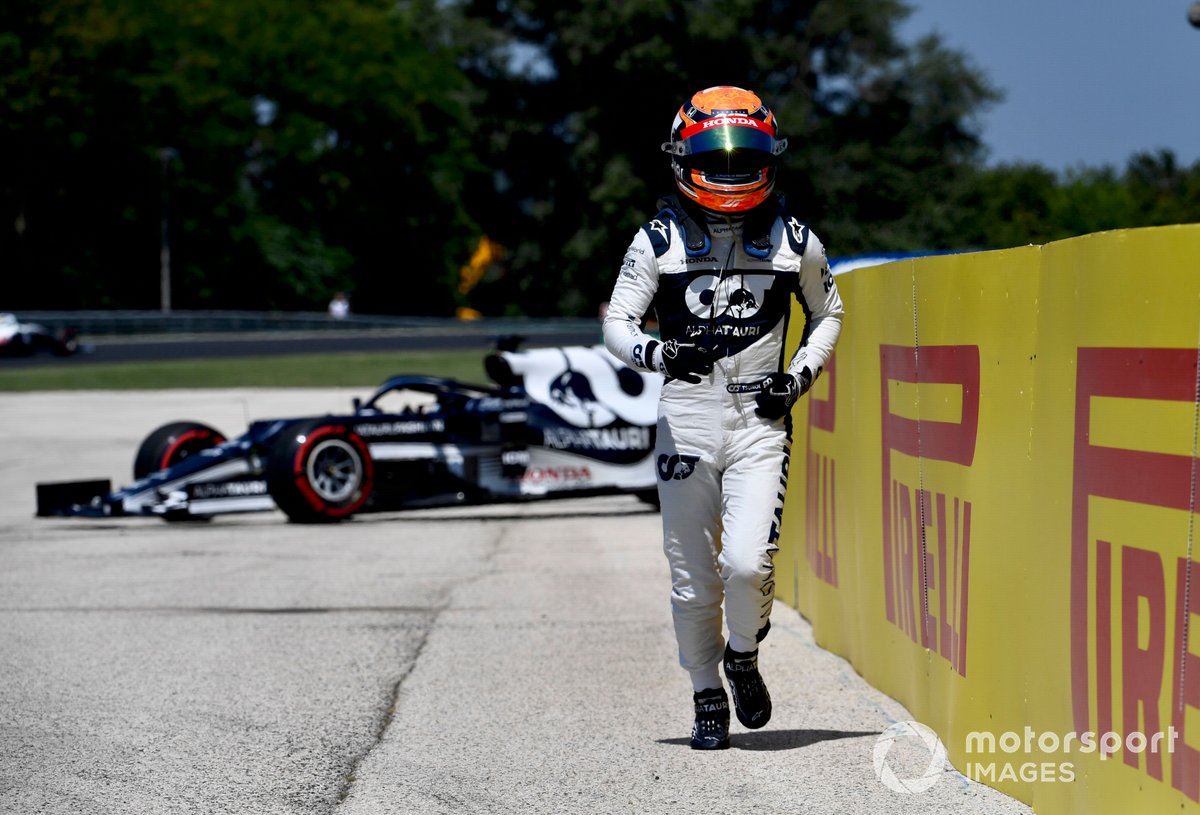 Yuki Tsunoda, AlphaTauri, walks away from his car after spinning out in practice

Having assessed his start to life in F1, Tsunoda hadn't expected such a turbulent run of results while admitting the learning curve is much steeper than he first thought.

"To be honest, what I expect before the season, and compared to now, it's different," he said. "Before the season I was expecting a little bit more of a better season. I have also had big mistakes, and also some of the races I did good, so it's up and down.

"I thought it's [going to be] more consistent. But so far, I think I've learned a lot of things.

"It is good, that I did make big mistakes in the beginning of the year, rather than doing it in the end of the year, so it is just the learning curve at the moment and I just accept this kind of situation and try to move forward.

"I didn't expect [the curve to be] this steep. Like for example, how you set up the car. And also, it's not like driving with no switches, there's a lot of switches compared to junior categories on the steering wheel, so you have to more be precise."

Looking ahead to the second half of the F1 season, Tsunoda, who sits 13th in the standings having amassed 18 points, say his goal is to improve his consistency in the races.

"The target is simple, almost simple, but I need more consistency for the race result, which is getting points every race week," he added.