Traction, not top speed, kept Verstappen ahead of Sainz - Horner

Verstappen scored his sixth win of the 2022 season and Red Bull's sixth in a row by fending off Ferrari's Carlos Sainz in the final 16-lap sprint to the flag in Montreal on Sunday.

Verstappen had looked set to defeat the one-stopping Sainz by catching him on a two-stop strategy, only for a late safety car period to give Ferrari the chance to make a second stop and set up a final battle to the line.

Despite having a five-lap tyre advantage and the benefit of DRS throughout the closing stages, Sainz could not get close enough to try and pass Verstappen.

The straight-line speed of the Red Bull RB18 car has been one of its greatest assets so far this year, but team principal Horner felt it was the greater traction out of the corners that meant Verstappen could keep Sainz at bay.

"The first sector was critical, and it was the traction out of Turn 10 that was vital," Horner explained.

"He never got closer than 0.6 seconds, and that was when he got closest to having a go. It was 0.7, 0.8, Max could never break the magic second.

"The Ferrari was just very, very good over the kerbs. He was able to take a lot of speed over the kerbs. And with the DRS zone on the back straight and also the two up here, it just keeps you in play." 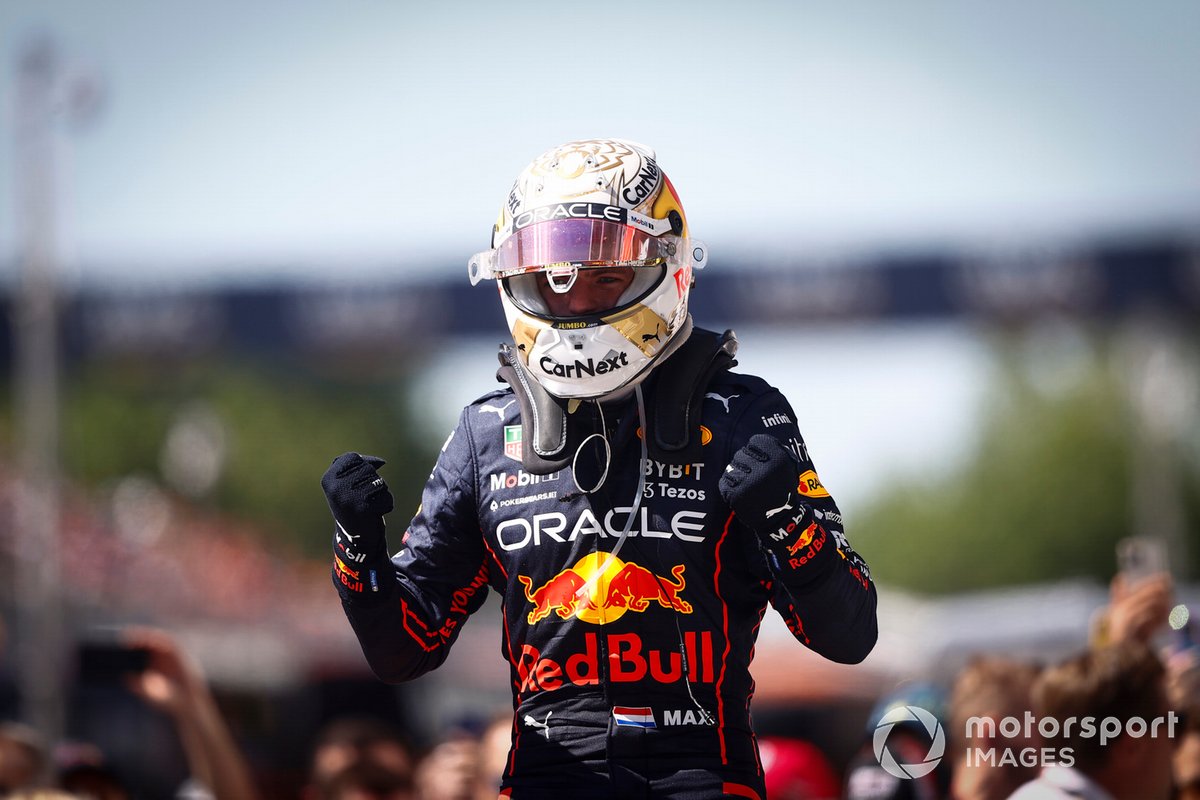 Verstappen ultimately crossed the line 0.993 seconds clear of Sainz to clinch the victory, extending his lead at the top of the drivers' championship to 46 points.

Asked by Motorsport.com to explain his tactics in the closing stages, Verstappen said he focused on nailing the first sector so he could pull enough of a gap before the first DRS zone.

"You always have to make sure that you know the place where he had DRS, you have a good exit the corner before," Verstappen said.

"It was all about just really pushing to the limit and not making a mistake in general. Because I knew what even in sector one, if I would have made a tiny mistake, Carlos would gain a tenth on me, and that might have been enough to then get closer in the first DRS zone, and then in the second [DRS zone].

"It was proper racing, proper pushing. And I mean, I had my moments where I had a bit of oversteer, and then I looked in the mirror and saw Carlos was having the same amount of moments.

"It was really on the edge, but that's good to see."

How could Sainz have won the Canadian GP for Ferrari?