As expected, Toyota has confirmed Timo Glock as a race driver for 2008 along with a multi-year contract. Glock has been linked with Toyota for some time but as BMW Sauber believed it still had a deal with the 25 year-old German as test driver for ...

As expected, Toyota has confirmed Timo Glock as a race driver for 2008 along with a multi-year contract. Glock has been linked with Toyota for some time but as BMW Sauber believed it still had a deal with the 25 year-old German as test driver for next season the matter went to the Contract Recognition Board. It ruled last week that Glock was free to join Toyota. 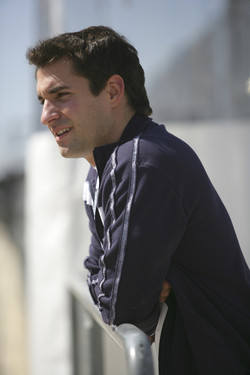 "It's a great feeling to be a Formula One race driver again and I am really looking forward to this new challenge," said Glock. "I have worked hard over the past few years to get this opportunity and I must say I am grateful to Panasonic Toyota Racing for having faith in me."

"From what I have seen of the team at the track I am confident we will be able to work well together to move forward. Even though I have not raced in Formula 1 since 2004, I have tested quite regularly so I expect it will take very little time for me to get back in the groove."

Glock was formerly test driver for Jordan back in 2004 and competed in four races after Giorgio Pantano ran into sponsor problems. In his first race in Canada Glock finished 11th but was promoted to seventh when Williams and Toyota were disqualified. He then competed in the last three races after Pantano and the team finally parted company.

In 2005 Glock competed in Champ Car then switched to GP2 for '06, as well as having a test for BMW Sauber which led to his appointment as test driver for 2007. This season he raced in GP2 again and took the title at the final round. BMW had hoped to retain his services as tester for 2008 but, like any other driver in his position, a race seat was his aim.

"Timo has great experience of motorsport in several different categories and he reinforced his reputation by winning the highly competitive GP2 Series, which we have already seen is fantastic preparation for Formula One," said Toyota team principal Tadashi Yamashina. "He has demonstrated a fighting spirit and good race craft in GP2 so we believe he is the right man for the job."

Jarno Trulli already has a contract with Toyota for next year and the team recently announced Kamui Kobayashi, a member of its young driver programme, as third driver. That leaves McLaren, Renault, Force India and Super Aguri to confirm their official driver line ups for 2008 -- barring any unexpected developments.

Toyota hopes to have Glock on the test track at Jerez in early December if an agreement can be reached with BMW.