Red Bull's Sergio Perez says he lost third place in the Formula 1 French Grand Prix due to a "totally wrong" message regarding the ending of the virtual safety car.

By:
Lewis Duncan
Co-author:
Oleg Karpov
Listen to this article

In the latter stages of Sunday's Paul Ricard race, Perez was embroiled in a battle with Mercedes' George Russell over the final podium place.

A late virtual safety car was called when Alfa Romeo's Zhou Guanyu broke down at Turn 6 with four laps remaining.

On lap 51 of 53, the VSC was ended, but Perez was caught out by an incorrect message from the FIA, telling him racing would resume earlier than it did, which allowed Russell to take the final podium spot away from the Red Bull driver.

In the regulations over virtual safety car periods, the green flag must be shown 10-15 seconds after the initial end message is given, but in this instance, it took close to a minute.

"It was very unfortunate what happened with the virtual safety car," Perez said after finishing fourth on Sunday.

"It seems like George had different information and he was able to prepare better for it [the restart].

"I mean it's a shame the virtual safety car interfered with the result, to be honest. It shouldn't be the case, but today it was the case.

"It [the message of VSC ending] was totally wrong, there was something going on because it said it was going to end out of Turn 9 and it only ended out of Turn 12." 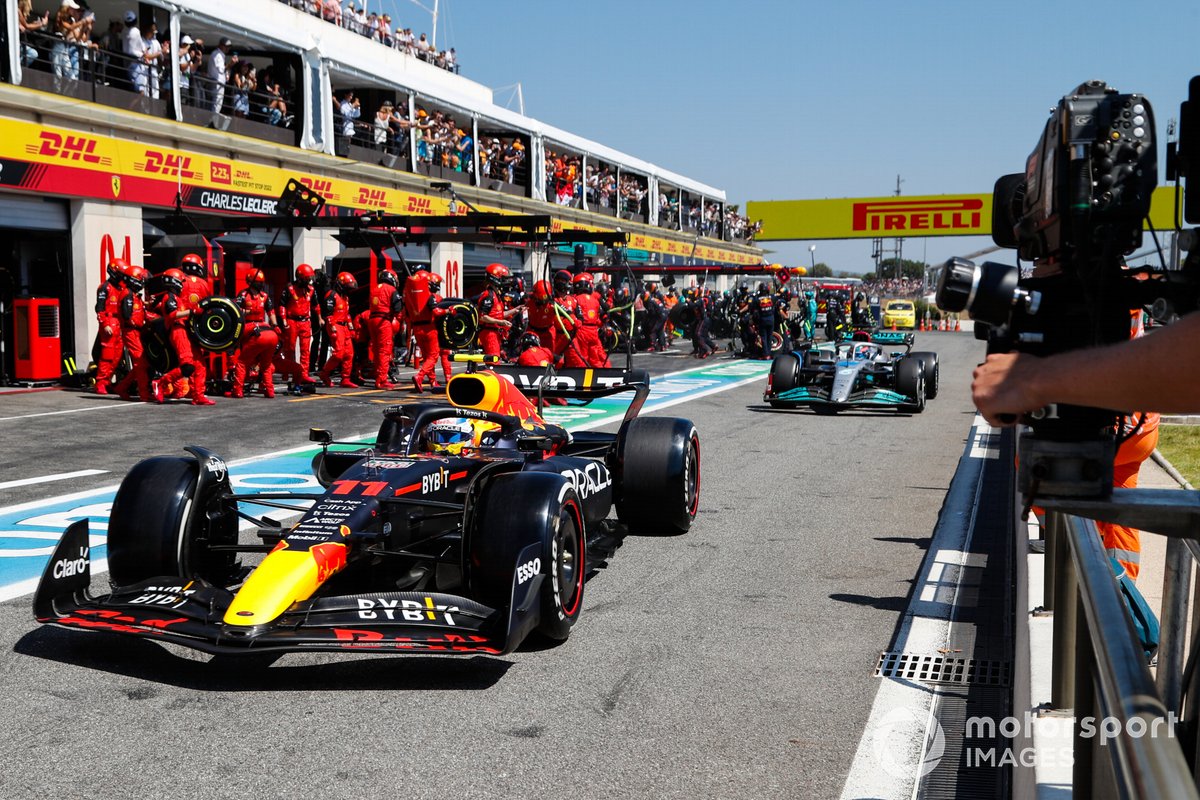 Red Bull team boss Christian Horner believes Perez had the pace to fend off Russell over the final three laps without the VSC issue, and wants to discuss it with the FIA to understand what happened.

"And what was frustrating for him is there was an issue in race control with the safety car, the VSC, because they couldn't turn it off, so they had to do a reset.

"Just talking with him, he said he wasn't getting the delta in his car, so he was bang on his delta.

"George either pre-empted it but was within the delta, or maybe the information to the two cars was different.

"We have to go and explore that. Yeah, it was frustrating, because I think he would have had the pace to hold him off for a double podium.

"Nevertheless, it's still important points today in both championships."