Tost: No reason to replace Hartley "if he continues like this"

Toro Rosso Formula 1 team boss Franz Tost says there will be no reason to replace Brendon Hartley if he maintains form after a breakthrough qualifying in Suzuka.

Hartley put his Honda-powered STR13 sixth on the Japanese Grand Prix grid, one place ahead of teammate Pierre Gasly, for what was his best qualifying in F1 so far.

The New Zealand driver's future in the team is not assured, as the team could yet pick someone else to partner Daniil Kvyat, who is replacing the Red Bull-bound Gasly, in 2019.

When asked whether Hartley could still keep hold of his seat, Tost told Motorsport.com: “If he's doing a good job, and if he continues like this, there's no reason to change him,

“Brendon is in the team, and he is improving his performance.

“Where we end up is a decision from Red Bull, and this we will see at the end of the season.

“The team management takes the best opportunity. If a driver has a good performance, there's no reason to get rid of him.”

Hartley, who has scored two points to Gasly's 28 in the campaign so far, said the qualifying outcome felt “awesome” given the recent dearth of results.

He said: “[I] was quite emotional on the in-lap, which is something that doesn't normally happen to me, but I think just all the build-up of crap over the last six months, and knowing that I've got better and better but haven't always had the chance to show it or things haven't always gone my way...

“Strategy in races hasn't been in my favour, I've been the tailing car, or missing out to Pierre in qualifying by half a tenth, one tenth, or whatever it was.

“Really stoked to start P6. Obviously it's only half the job but I'm going to try and enjoy it for a small moment.

“It's been a build-up of frustration over the last months cause I knew I've got better and better, and I have been strong, and there's things that happened behind the scenes that I couldn't always talk about, or reasons that things haven't gone my way.

“But today it came together, and I'm very happy.”

Red Bull motorsport advisor Helmut Marko said in Sochi that Hartley needed to start beating his teammate in the final races of the season to keep his place.

Asked by Motorsport.com after Suzuka qualifying whether he felt he was rising to Marko's demands, Hartley said: “I think tomorrow I need to deliver and score some points. Obviously, all the controllables from my side [I have to manage]. But yeah, I feel in a good place.

“I'm not thinking about next year, if that's what you're asking. I'm maintaining the stance of just focusing on the job right now. The next thing on my mind is getting a great start tomorrow.” 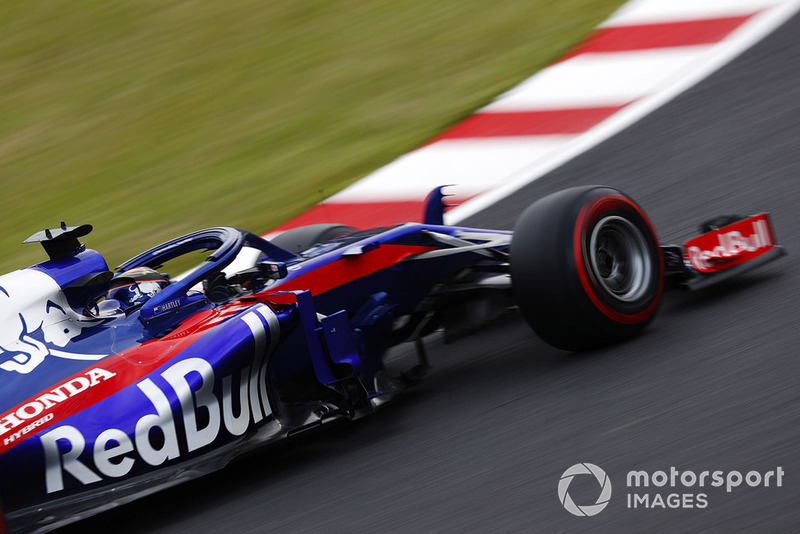