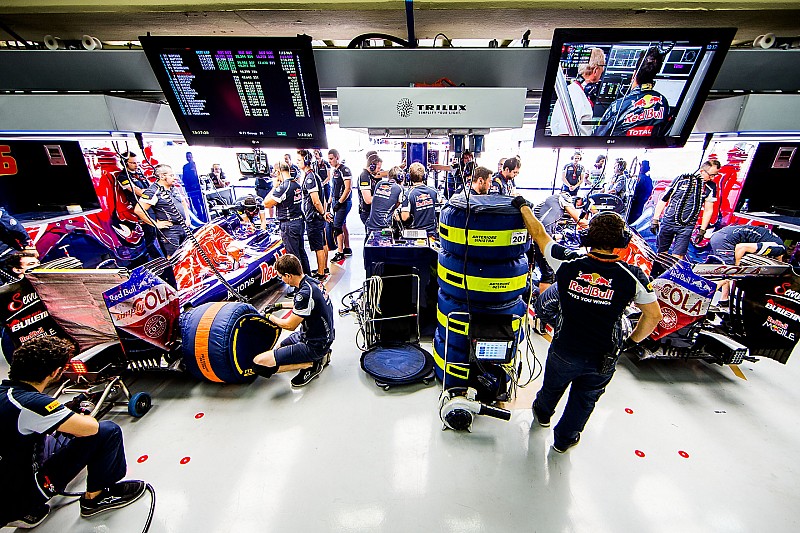 Toro Rosso is planning to have staff working 24 hours a day, seven-days-a-week for a four-week period leading up to the first Formula 1 pre-season test next month.

Following an overhaul of F1 regulations, more aggressive-looking cars with wider front and rear wings and bigger tyres will be introduced this year.

Testing starts at Barcelona on February 27, five days later than in 2016, but the dramatic changes mean teams face a battle to get their machines ready in time.

Toro Rosso adopted a similar around-the-clock approach last season but that was because its plans were severely hampered by the lengthy delay in securing its engine deal.

“From the production side, we will have to work 24/7 for a period,” said team principal Franz Tost.

“From the middle of January to the middle of February, we will run three shifts per day. It's a very short period because it's quite cost intensive.”

December and January are the most critical months for F1 teams as it is when production really ramps up. However, teams want to give designers as much as time as possible before committing to production to ensure performance is maximised.

This makes schedules very tight, but Tost believes Toro Rosso is well set to be ready. “It becomes tricky when the aerodynamic department do not want to release the drawings and they just want to gain another day,” he said.

“It becomes always very tight but it's a performance gain. It's every year the same story, nothing changes.

“As long as you can stay in the windtunnel and do research and development, there's more performance you can come up with.

“This is the difference with a small team, once we set up the deadline we must say 'stop now’, because otherwise we don't drive.

“We need to have the decision about the drawing release on a certain date and then they know it's absolutely latest, it's not possible any more because we're on the limit.”