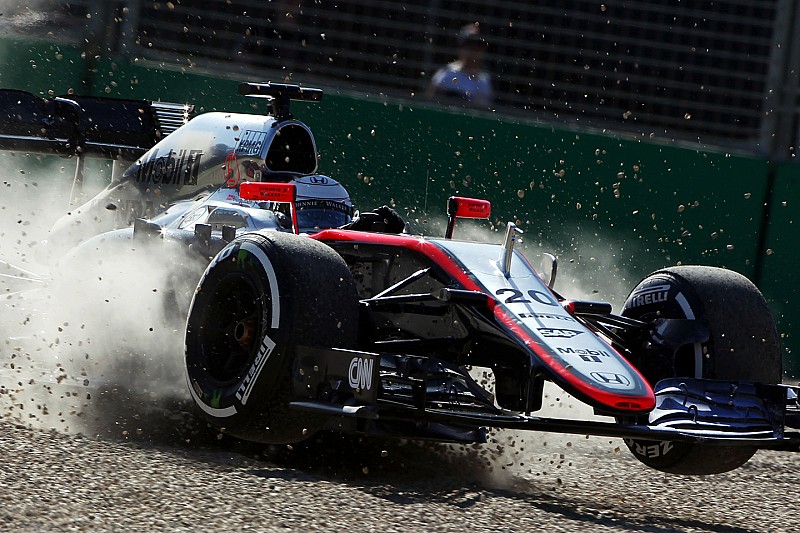 It was meant to be a dream partnership, the reunion of two companies which enjoyed their biggest successes in Formula 1 together.

And it had two of the best drivers in the world, fired up and powered by the nostalgia of a previous glorious era.

What could possibly go wrong?

As it turned out, the answer is pretty much everything.

Early issues an omen for things to come

The McLaren-Honda reunion got off to a bad start when the hybrid 2014 car could only manage limited running during post-season testing at the end of the year.

Things did not improve much in the pre-season tests at the start of 2015, with reliability proving a huge problem as the team struggled to even complete a long run without having some sort of problem.

And when it looked as if things could hardly get any worse, Fernando Alonso crashed at Turn 3 during testing in Barcelona at the end of February.

As has been well documented, that crash led to Alonso missing the first race of the season, and got the team embroiled in a media mess that it did not need given the magnitude of its on-track problems.

Once that was left behind, however, there were no more excuses, and race after race, the Honda engine continued to show it was miles away from what McLaren - and the Japanese manufacturer itself - had expected.

Early reliability woes meant it was unable to realise just how much it was lacking - and it took until mid-season for the Achilles' Heel of its turbo compressor concept to be exposed. It was a part that was impossible to change under F1's current regulations.

The pre-season targets, which included podiums finishes, were initially postponed, then simply forgotten as the team simply focused on trying to make some progress, let alone finishing in the points.

Six finishes in the top 10 amounted to a meagre 27 points and ninth place in the standings, McLaren's worst result in over 30 years.

Near the end of the year reliability improved and everybody in the team was adamant that progress had been real, despite still fighting at the back of the field when the season came to a close.

A new philosophy has been promised by Honda for 2016, but talk of Alonso taking a sabbatical should things not improve shows there is still plenty of scepticism surrounding the project, or at least about the Japanese manufacturer's ability to produce a strong engine for the upcoming campaign.

A total of 310 positions in grid penalties - most of them for engine-related issues - and Alonso sitting in a deck chair catching some sun during qualifying for the Brazilian Grand Prix are the two main things people will remember from McLaren's 2015 season.

And that says pretty much all about the Woking-based team's plight.

#7: Cars fly, Hinchcliffe cheats death in Month of May chaos

#10 No winners in Kenseth/Logano Chase war