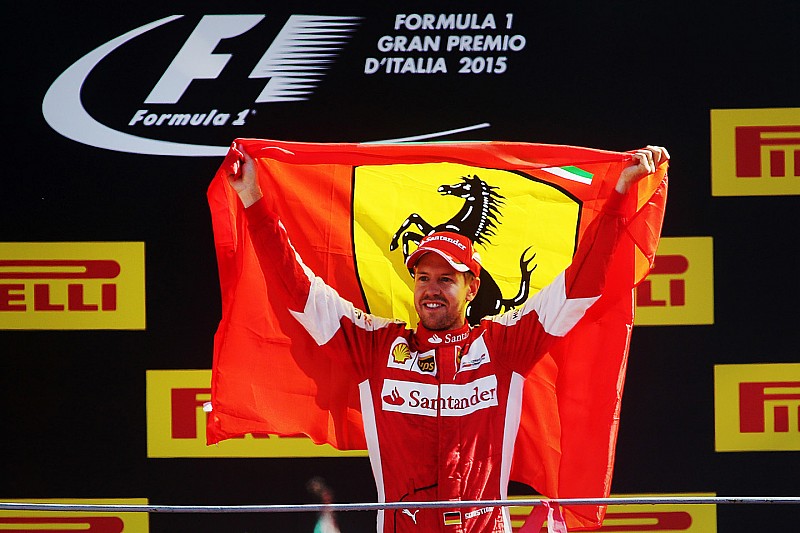 Even from pre-season testing this year, it was clear: the old Sebastian was back.

In what turned out to be his final season at Red Bull last year, Vettel had seemingly become mired in a spiral of negativity amid his frustration with the new technical regulations, opening the door for Daniel Ricciardo to assert himself in their intra-team battle.

And so, as the relationship between Ferrari and Fernando Alonso steadily deteriorated, the stage was set for Vettel to cross the floor and embark on a new chapter of his career with the Scuderia. It was a partnership that immediately bore fruit, as Vettel ended a Ferrari barren spell that stretched back to the middle of 2013 in only his second outing with his new employers.

Standing on the podium at Sepang after an early strategic masterstroke by Ferrari handed Vettel an advantage he wouldn’t lose, Vettel said: “I remember when the gate opened in Maranello it was like a dream coming true.

“I remember the last time I was there was as a young kid watching Michael [Schumacher] over the fence driving around in the Ferrari and now I'm driving that very red car. It's incredible.”

What was clear from the outset was just how much Vettel was willing to immerse himself in all things Ferrari, immediately endearing him to the tifosi – helped further by the irresistible similarities between himself and fellow countryman Michael Schumacher.

In his first year at Ferrari in 1996, Schumacher took three victories, a tally matched by Vettel as he notched up further successes at Hungary and Singapore. Like Ricciardo last year, his trio of victories were the only ones to slip through the fingers of the otherwise dominant Mercedes team.

The victory in Hungary – an emotionally charged affair, coming not long after the passing of Jules Bianchi – owed less to good fortune than the Malaysia win, as Vettel pounced on the slow-starting Mercedes at the start to the take the lead, and hung on until the end as chaos ensued behind.

Taking the fight to Mercedes

Vettel’s most convincing win however came at Singapore, where he rekindled memories of his former dominance with a crushing display on a day where the Mercedes drivers were simply nowhere to be seen.

It seemed Vettel had a shot of overhauling Nico Rosberg for the runner-up spot in the points, before the latter’s late surge in form put paid to that chance. But the final points difference between the pair was a mere 44, while teammate Kimi Raikkonen languished a full 128 points back.

What was perhaps even more valuable than the performance Vettel brought to the table, however, was the tranquility within the team he provided after the tumultuous Alonso years.

“Seb is a fantastic champion, but is also a person who is helping to stabilise the team,” said Ferrari team principal Maurizio Arrivabene. "Many times he has helped me to make sure that we are getting on together, and he is co-operating very well with his teammate.”

In 1997, Schumacher took the title fight to the dominant Williams outfit fight right until the very last round. In the second year of his Ferrari adventure, could Vettel be about to do likewise in 2016?