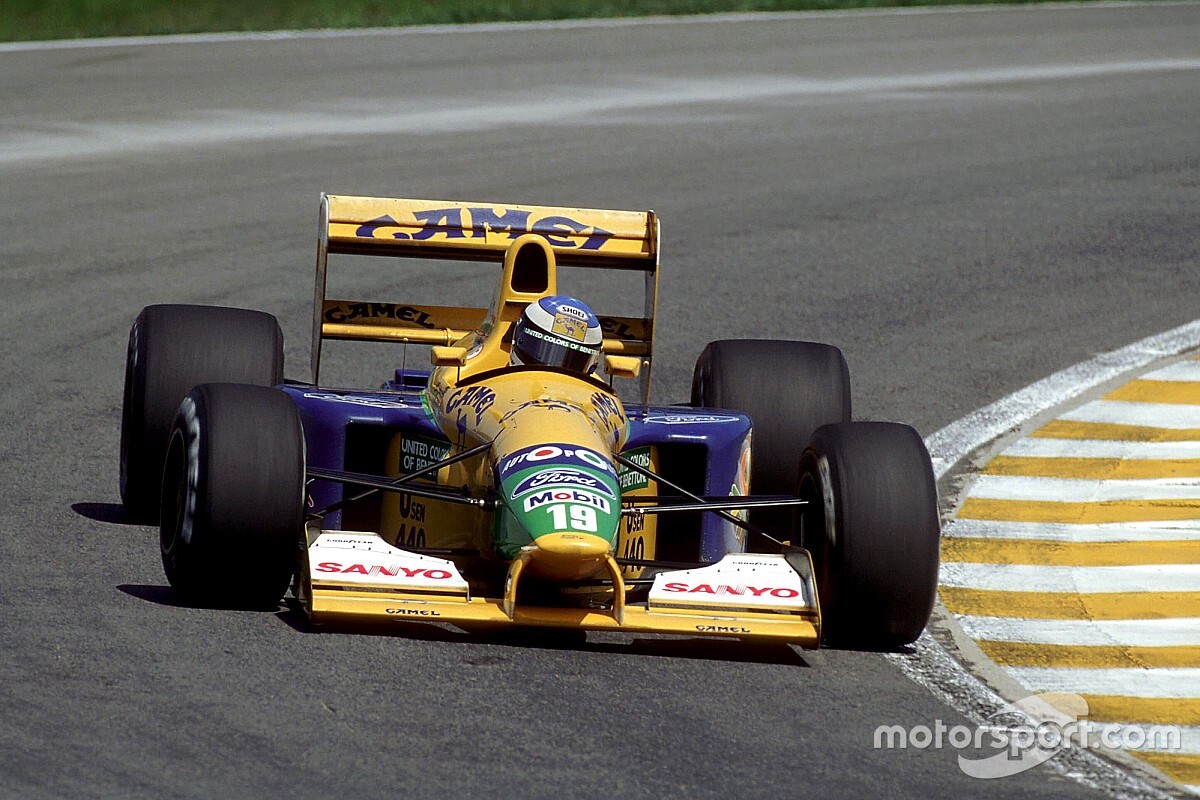 There have been plenty of ugly Formula 1 cars. Some seasons even seem to produce many aesthetically challenged machines – the horrible ‘proboscis’ noses of 2014 still linger in the memory, for example.

And yet most of the machines that win in F1 are perfectly decent in the looks department. A few can even be described as beautiful.

Partly that’s because some of the odd ‘bitsa specials’ that have turned up over the years were always going to get beaten by properly honed, refined and neat designs. There’s probably also some truth in the maxim, ‘if it looks right it is right’.

But sometimes cars do slip through the net. We’re not looking at obvious howlers here, unsuccessful cars such as the 1979 Ensign N179 or 1995 McLaren MP4/10. This is our list of the F1 world championship’s ugliest winning cars. 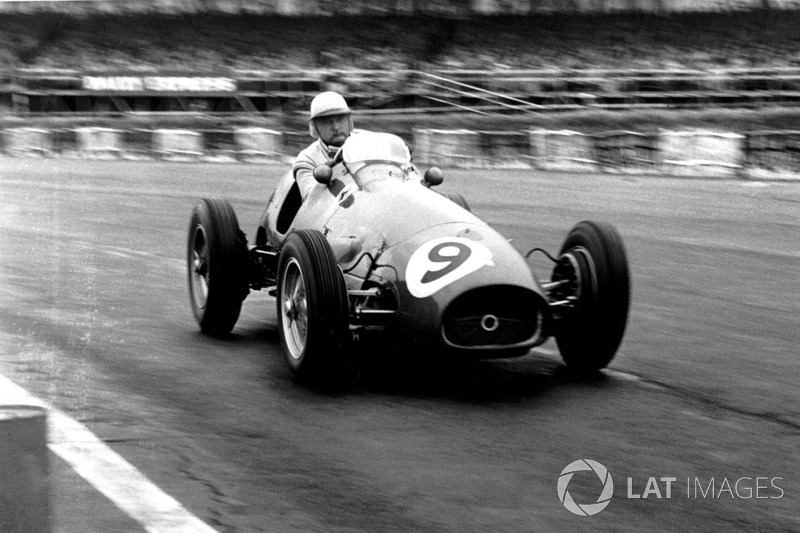 There’s nothing particularly wrong with the look of the Ferrari 625 but it has to be one of the most boring F1 cars to emerge from the legendary Italian team. It was basically the 500 model, which had dominated the F2 era of the world championship, fitted with an enlarged 2.5-litre four-cylinder engine for the new 1954 F1 regulations.

With money tight, Ferrari struggled to field suitable machinery for the fresh formula – it ran the 553, 555 and 625 across 1954-55 – and only really climbed back to the top when it inherited Lancia’s D50 and Mercedes withdrew from the sport. But the 625 had two great days that made it a winner, and therefore eligible for our list.

The first came thanks to Jose Froilan Gonzalez, who thrashed the opposition in the 1954 British GP at Silverstone. The second came in a race of attrition, the reliable Maurice Trintignant taking victory in the 1955 Monaco GP after the rapid Mercedes W196s had broken and Alberto Ascari had thrown his D50 into the harbour. 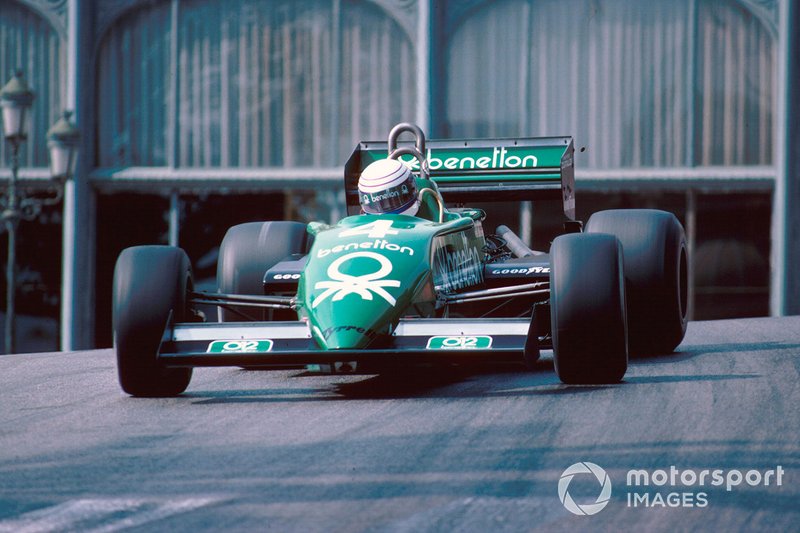 Tyrrell often produced unusual-looking cars. Jackie Stewart’s 1973 title-winning 006 was striking rather than beautiful and the same could be said of the six-wheeled P34.

By 1982 the Cosworth DFV runners were coming under increasing threat from the turbocharged hordes. Tyrrell’s original 011 wasn’t the best of the normally aspirated runners, but Michele Alboreto won the season-closing Caesars Palace GP in fine style.

It’s the 1983 version that gets the car onto this list. Extensive rule changes, particularly the imposition of flat bottoms and banning of skirts, required extensive changes and created the B version.

The revised 011, driven by Alboreto and Danny Sullivan, was rarely competitive and its biggest aesthetic offence was probably its enormous nose. To be fair, there were plenty of unattractive cars on the 1983 grid, but the other offenders failed to win a race.

The DFY-engined 011B became a winner thanks to Alboreto’s drive in Detroit. On the tight street circuit, which minimised the power advantage of the turbos and highlighted their problems of lag, the Italian qualified sixth.

A combination of a non-stop strategy and problems for others, in particular Nelson Piquet’s Brabham picking up a puncture, got Alboreto to the front. His success was the 155th and final F1 world championship victory for the DFV family of engines. 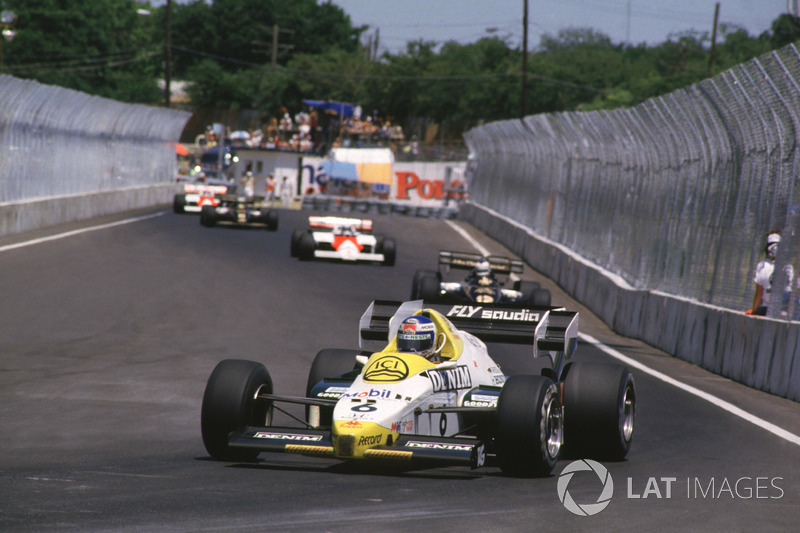 Another car with an ugly, awkward nose – something of a theme on this list – the Williams FW09 was the team’s first turbocharged F1 racer. The chassis struggled to deal with the Honda V6’s harsh power delivery and was unreliable.

In sweltering heat at the 1984 Dallas GP, however, it held together. As other cars wilted or were thrown into the barriers by their drivers, Keke Rosberg kept his head, helped by a water-cooled skullcup, and charged through to a dominant and famous victory.

The FW09 failed to score another point, despite extensive revisions that included reprofiled sidepods, but it had given Honda its first F1 win since 1967. And had made itself eligible for this list. 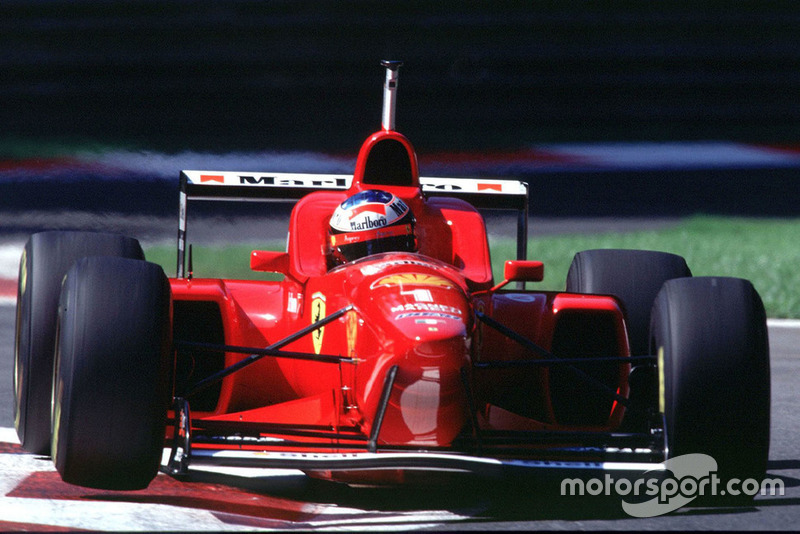 The original ‘low nose’ version of Ferrari’s 1996 contender was not a beauty, the odd sidepods looking particularly clunky when viewed head-on. But at least it marked the car out from the rest and will forever be associated with Michael Schumacher’s first victory for Ferrari thanks to his wet-weather masterclass in Spain.

The ‘high nose’ version, which took over from round eight in Canada, removed the car’s distinction and was uglier. It was not a match for the Williams FW18 on pace, but Schumacher somehow managed to drag the car to two more victories, in Belgium and Italy.

Schumacher, teammate Eddie Irvine and even designer John Barnard weren’t fans of the car, which was also unreliable. Schumacher’s V10 engine famously failed on the warm-up lap after he had qualified on pole for the French GP.

The 1997 F310B, which got much closer (indeed, sometimes too close!) to Williams, was hardly a stunner, but the stubby F310 that started Ferrari’s Schuey era gets the dubious nod for this list.

This is almost certainly the most important car on our list. Thanks to Stirling Moss, the Cooper T43 was the first mid-engined car to win a world championship F1 race, when he outfoxed Ferrari and Maserati in the 1958 Argentinian GP.

Essentially a Formula 2 car with a two-litre Climax FPF engine, the diminutive T43 somehow managed to look bulbous and didn't scream performance, particularly when placed against the better-proportioned front-engined opposition.

The T45, which Trintignant used to win the 1958 Monaco GP, was very similar and even the double title-winning T51, with full 2.5-litre Climax power, wasn’t the sleekest of machines.

Lead driver Jack Brabham once described the 1960 lowline T53 as “the first proper GP Cooper” and it's not hard to see why. 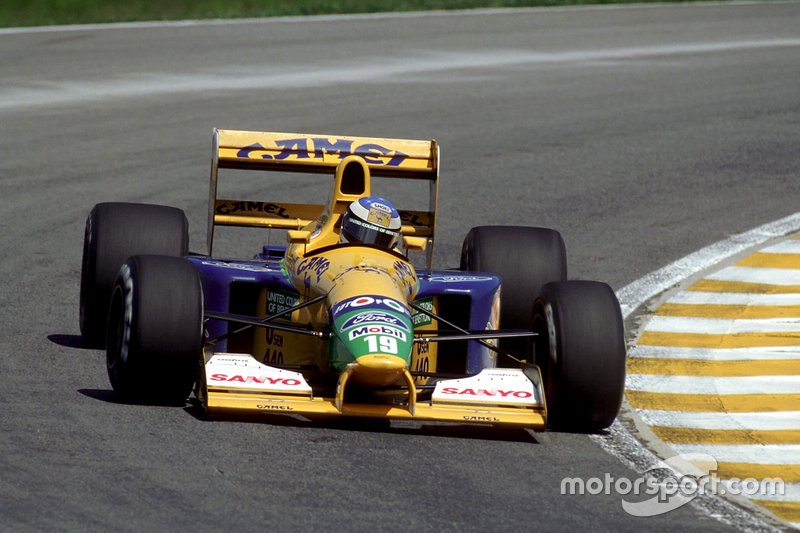 Several Benettons of the early 1990s could have made this list, but we’ve gone for the B192 because it was the first high-nose Benetton, helping to set a trend that made F1 cars generally less attractive for several years.

The B192 is significant because it was the first car to feature the Ross Brawn-Rory Byrne- Schumacher combination that would score so much success, first with Benetton and then at Ferrari.

It did not have the sophisticated driver aids, such as active suspension and traction control, that the much better looking Williams FW14B used to dominate the 1992 season. It was, though, a good chassis, helping Benetton finish only eight points behind second-placed McLaren in the constructors’ table.

Schumacher starred, taking the first of his 91 F1 wins in changeable conditions at Spa, and beat Ayrton Senna to best-of-the-rest status behind Williams duo Nigel Mansell and Riccardo Patrese in the drivers’ standings.

After a troubled start to the campaign, Martin Brundle also had some strong performances, adding five podiums to Schumacher’s eight.

With hindsight the bulky-looking B192 was a good pointer to how Benetton was building into a real force. Unfortunately, it also gave a vision of what many future F1 cars would be like. 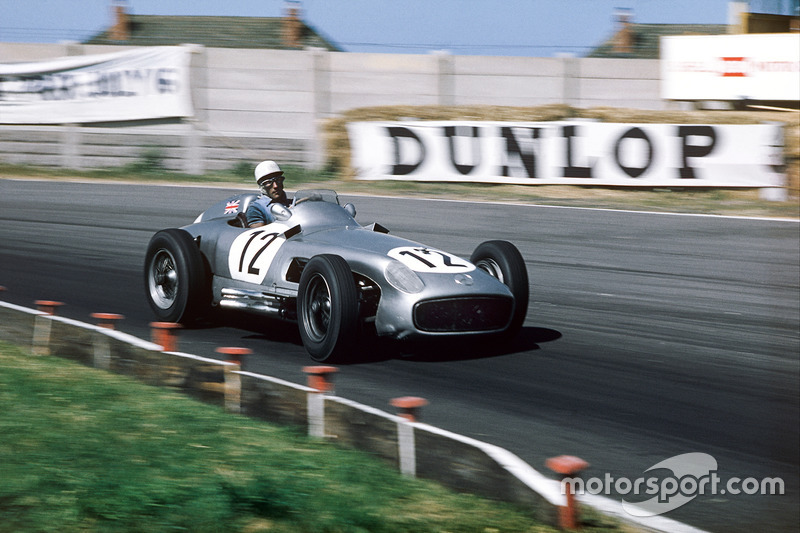 This is a controversial inclusion as the W196 was a superb piece of engineering and remains legendary. There are those at Autosport who strongly disagree with this choice, but compare the boxy racer to its main rivals, the classic Maserati 250F and distinctive Lancia D50…

The W196 initially appeared with an attractive streamlined body, in which form it won the 1954 French and Italian GPs, and 1955 Italian GP, all at high-speed venues. But the car was not easy to place through corners and the open-wheeled variant was favoured by lead driver Juan Manuel Fangio.

This version won six world championship races, helping Fangio to his second and third world titles, and scored a remarkable 1-2-3-4 at the 1955 British GP.

The straight-eight engine, with its desmodromic valves and mechanical fuel injection, was in its own way a work of art and was powerful and reliable for the period. But aesthetically the W196 was not on a par with the Italian opposition it regularly defeated. 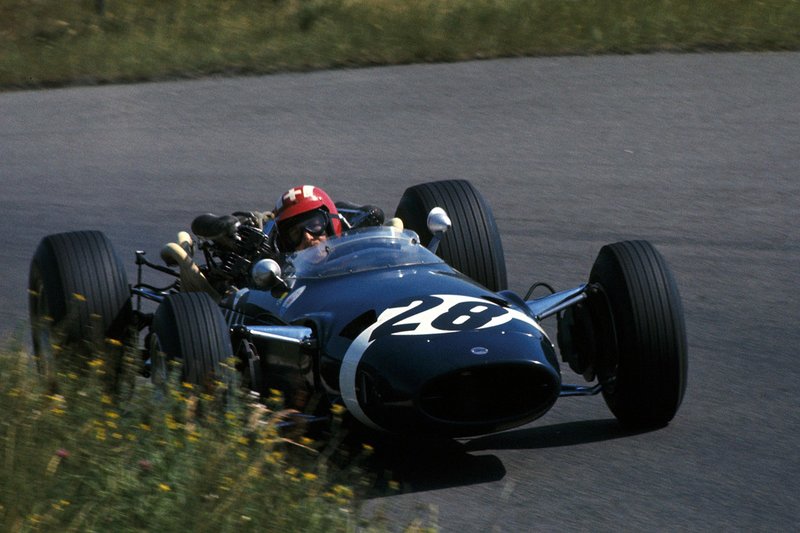 The last Cooper to win a world championship grand prix was not as ungainly as it looked. The Maserati engine, based on a V12 design tried in the 250F the previous decade, seemed almost to spill out of the rear but, in a 1966 season when only Brabham got its act together for the move from 1.5-litre to three-litres, the T81 – complete with wide-open nose – was competitive.

Jochen Rindt was a consistent points contender in the Derrick White-designed T81 and was a fine second in the Belgian GP, before 1964 world champion John Surtees joined Cooper having fallen out with Ferrari.

Surtees was a fighting second in the German GP and won the season finale in Mexico after starting from Cooper’s first pole position in five years. In between he might have won the US GP had he not spent quite so long ranting after a clash with Peter Arundell as he tried to lap the Lotus. Cooper only just failed to pip Ferrari to second in the 1966 constructors’ table.

Surtees was gone by the start of 1967, but new recruit Pedro Rodriguez won the first round at Kyalami in a race of attrition. Thereafter other cars, most notably the Cosworth DFV-engined Lotus 49, moved things out of the T81’s reach, but it was still good enough to secure another third place for Cooper in the teams’ standings. 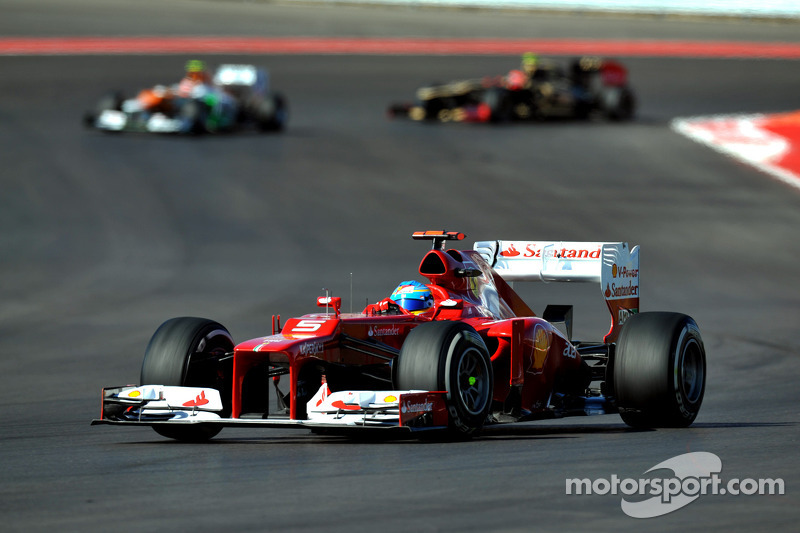 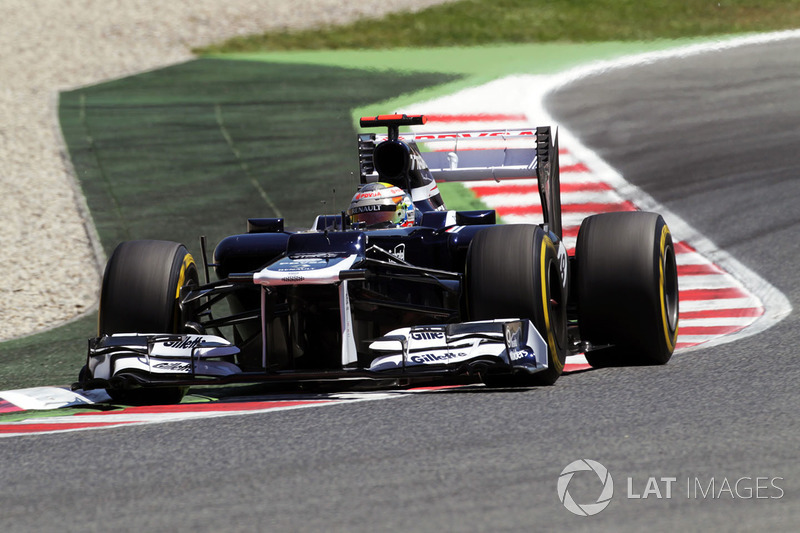 We don’t normally like a draw, but two race winners from the nadir of the skinny F1 era are just too hard to separate.

New rules for 2012, which set a maximum height for the nose just ahead of the bulkhead, resulted in many horrible stepped front ends.

“An ugly car is one that doesn’t win,” said Ferrari chief designer Nikolas Tombazis when the F2012 appeared, a tacite acceptance from even the man who penned the car that it was aesthetically challenged.

Both cars had incredibly long wing-mounting pillars, creating a gaping ‘mouth’ at the front, and the sidepods did little to help matters.

The Ferrari had the better livery, but the Williams had a smoother engine cover. Both were outshone by others on a grid that was not exactly full of good-looking racing cars.

The Ferrari was the better machine – or, at least in the hands of Fernando Alonso, scored better results. The Spaniard took three wins in one of the great F1 campaigns, including a charge from 11thon the grid in Valencia, and only narrowly lost to Red Bull’s Sebastian Vettel in the title race.

The FW34, driven by Pastor Maldonado and Bruno Senna, only took Williams to eighth in the constructors’ standings. But in one of the most remarkable one-hit wonders in sporting history, Maldonado managed to hold his nerve long enough to beat Alonso to victory at the Spanish GP, creating probably the ugliest F1 ‘podium’ of all time.

Yet more new rules created some awful noses in 2014, which could have produced a winner to beat these two. Fortunately, the Mercedes W05 and Red Bull RB10 helped prevent the McLaren MP4-29, Toro Rosso STR9 or Williams FW36 taking a chequered flag first.