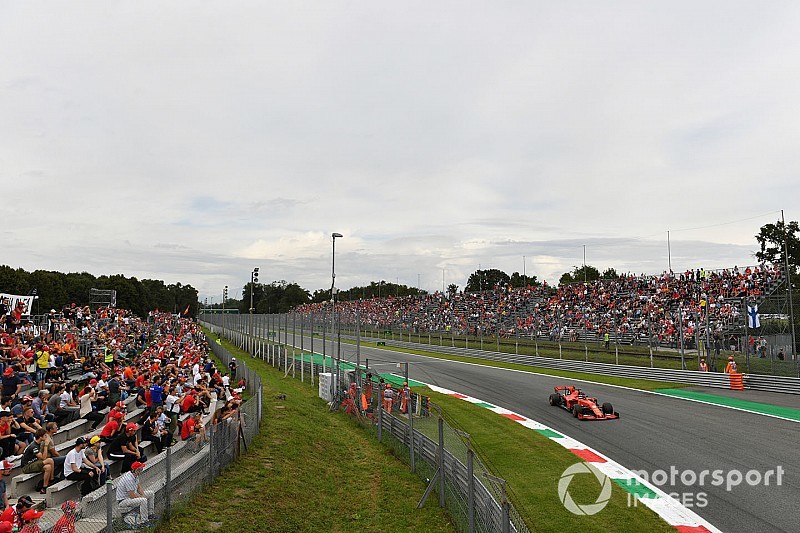 A timing loop at Spa was used to monitor use of the run-off at Raidillon over the Belgian Grand Prix weekend, and it proved successful in encouraging drivers to stay within track limits, with no transgressions recorded in any F1 session.

Following the first day’s running at Monza, Masi officially warned drivers that running wide and gaining an advantage at Parabolica would lead to laptimes being deleted.

However, on this occasion incidents were monitored via video, as it was too late to introduce a timing loop.

Several drivers subsequently lost times in practice, but Sebastian Vettel escaped sanction in qualifying after the stewards decreed that an overhead view indicated that his wheels were still just over the white line that marks the edge of the track, while acknowledging that side views showed that the contact patch of his right-side tyres was outside of the track.

Masi suggested that timing loops in the future could be used in order to have clear judgements on track limits offences at key corners like Parabolica, although he stressed that any examples would have to be planned well in advance as the necessary equipment has to be placed by the F1 organisation before the weekend.

“I think we will look at all of it, to be honest,” said the Australian. “It was one of those [cases] that, probably for next year, if there are changes made, we will look at it with our safety department and the circuit inspectors, do the various simulations and have a discussion with the circuit as well.

“But for me that is sort of a prime area where you possibly put timing loops similar to what we had at Spa.

“That way it is just automatic. But so far into a weekend, it is something that has to be planned weeks in advance to actually have those installed.

"So that is probably a solution there, but we will look at all other solutions for it as well, because anything that can be automated I can tell you makes all of our lives easier.”

Asked about extending gravel traps as a track limits measure in places like Parabolica, Masi said: “From what I understand, that is the way that it was many moons ago. So we’ve just got to look at it all.

“Is it bringing gravel back? Is it having a double kerb and gravel? Is it grass? All of the various solutions that we have got available, and it is having a look at all of it.

“Is the solution that we have got the best solution in the circumstances? And let’s put a few timing loops, and if someone exceeds it then bang, it just pops up on the screen and it is done?

“So, I wouldn’t discount anything, is probably the simple part. It is not as simple as just saying, ‘let’s fix it and do it,’ there’s a whole lot of various inputs and factors that need to to be looked at.”